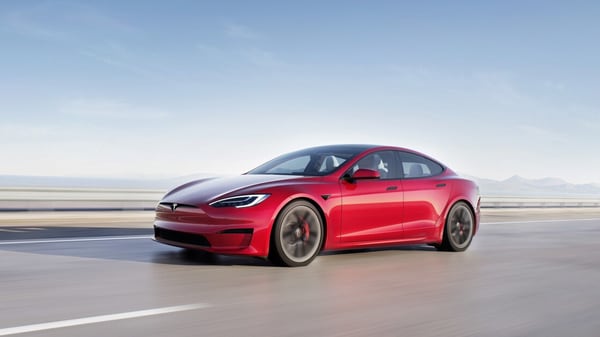 Elon Musk has officially called it quits on the longest-range variant of the Tesla Model S Plaid electric vehicle.

Tesla CEO Elon Musk has decided to put brakes on the production of Model S Plaid + model, which claimed to be the world's fastest car. The Model S Plaid + is a long-range version of the Plaid version of Tesla's electric vehicle. The Tesla Model S Plaid is expected to reach customers starting June 10.

The specific Tesla Model S Plaid version would have been the carmaker's top-of-the-range model with a range of around 836 kms on single charge. The model was unveiled during Tesla's Battery Day event last year. The production of the model was supposed to start this year, but was later pushed back to 2022.

Now,Tesla CEO Elon Musk has confirmed that the carmaker has shelved the plan to produce the model altogether. He even justified the move saying the Tesla Model S Plaid is a good enough model to go ahead with.

Elon Musk, while replying to queries on Twitter, wrote, "Model S has matched Plaid's speed this week. Plaid + will be canceled. No need, because Plaid's speed is very good."

Plaid+ is canceled. No need, as Plaid is just so good.

The Tesla Model S Plaid will replace the Model S Performance variant and will offer customers the feeling of a spaceship, as claimed by Elon Musk earlier. Tesla claims that the Model S Plaid can go from zero to 60 mph in 1.99 seconds, with a top speed of 321 kmph and an estimated range of 627 kms on single charge. The Model S Plaid will come with a triple motor setup and recently listed the official quarter-mile time as 9.23 seconds and the speed at 249.5 kmph.