Teaser image of Nissan Kicks 2021 for US market.

Nissan Kicks 2021 will be one of the key launches of the new year by the Japanese car maker in the United States as it looks to make the most of the heightened interest for larger vehicles in the market here. While Kicks was first introduced in the US in 2018, the upcoming model is expected to pay special attention to a bolder exterior profile to attract prospective buyers here.

The new Kicks has already made its debut in markets like Thailand and Japan where its significant styling updates on the outside have received special attention. It is expected that the model meant for the US market will also make use of a larger V-Motion front grille with sleeker head light units. While this does give the Kicks a more prominent face, the remaining tweaks in terms of styling may be muted at most - a slight variant in the rear design and a fresh pair of tail lights.

On the inside, Kicks 2021 is likely to get a larger infotainment screen if the model launched in Thailand is much to go by. 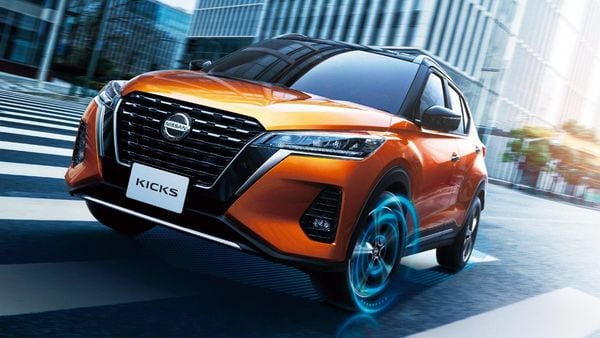 This is the new Nissan Kicks launched in several Asian markets.

The new product for the US market will be officially showcased on December 8 and it is only then that the full list of changes and updates will be confirmed.

Nissan is backing its SUVs to make more noise than ever before and is increasingly focusing on a number of larger vehicles to gain customer favour in markets around the world. The most significant among these is the Ariya, an electric crossover SUV, which was showcased back in July. The vehicle makes a number of very bold promises - from a claimed range of 300 miles and a powerful acceleration to smooth, quiet operation, advanced driver assistance and connectivity technology.

Most notable, perhaps, among the new vehicles from Nissan though is the Magnite which was launched on Wednesday in the Indian market. The sub-compact SUV is the most affordable among its rivals here and has been specifically designed for buyer sensibilities here. It will, however, be taken to other international markets in the times to come.