Tata Motors has entered the CNG segment with Tiago and Tigor.

With this, the automaker has entered the league of factory-fitted CNG passenger cars in India where Maruti Suzuki and Hyundai have been already selling their respective product. Also, with the Tiago CNG and Tigor CNG, Tata Motors becomes the second automaker in India after Hyundai to offer its cars with petrol, diesel, CNG and electric powertrains.

Tata Motors claims that the launch of the CNG range of cars come keeping the focus on the increasing price of petrol and diesel along with better fuel efficiency and eco-friendliness. The automaker also says that it has addressed the concerns of the CNG customers with better driveability, performance etc.

These CNG Tata cars come with retuned suspension ensuring a comfortable riding experience. Also, they are claimed to offer generous power even during uphill climb.

The Tata CNG cars are claimed to have advanced high-quality stainless steel CNG kits that promise durability. The Tiago and Tigor CNG get leak detection technology that ensures a switch to petrol in case of a gas leak and other preventive measures. The cars come with a host of technologies including a single advanced ECU, direct start in CNG, special nozzle for faster refuelling.

Inside the cabin, both the cars get digital instrument clusters showing an array of information, along with other features. The homegrown automaker claims that the CNG variants come equipped with features as their petrol only counterparts.

Both the Tiago CNG and Tigor CNG offer CNG range of 300 km on a full tank. This makes sure the Tiago and Tigor CNG can run long ranges with both petrol and CNG tanks full. Both the new Tiago iCNG and Tigor iCNG get power from the 1.2-litre BS-Vi Revotron engine that produces 73 PS of maximum power, which is claimed as the highest for any CNG car in this segment.

Tata Motors says that along with the current colour palette, the Tiago CNG and Tigor CNG get new colours - Midnight Plum and Magnetic Red respectively. Both the cars come with a warranty of two years of 75,000 km as standard.

Commenting on the launch of Tiago and Tigor CNG models, Shailesh Chandra, Managing Director, Tata Motors Passenger Vehicles Ltd., and Tata Passenger Electric Mobility Ltd., said that the demand for both economical personal mobility as well as greener, emission friendly mobility is rapidly rising and the iCNG lineup has been developed keeping a focus on that.

"With this foray in the fast-growing segment of CNG powered vehicles, we are offering more choice to our discerning customers. Our iCNG range offers a delightful experience with incredible performance, a wide range of premium features, upmarket interiors and uncompromised safety. Developed on the 4-pillars of Design, Performance, Safety and Technology, the feature-rich iCNG technology will further expand the appeal of our popular ‘New Forever’ range of cars and SUVs to open new vistas for growth," Chandra further added. 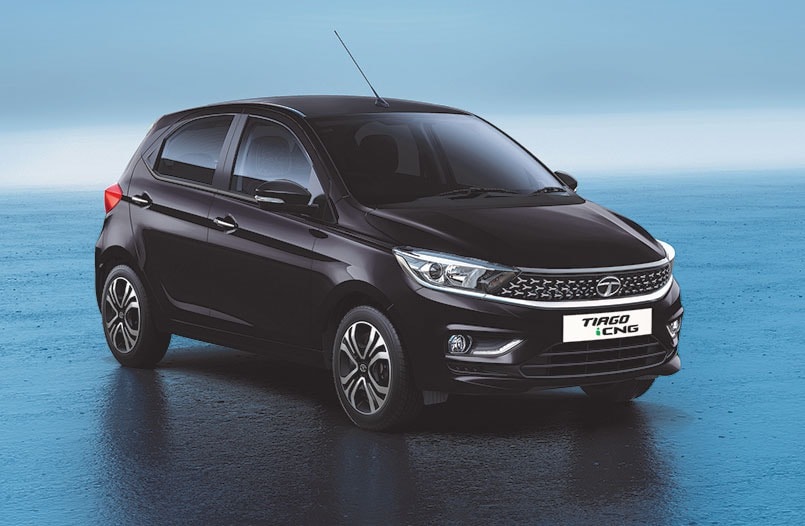 Tata Tiago CNG comes cosmetically the same as the standard petrol model. The only change is the factory-fitted CNG kit to the hatchback that works along with the same 1.2-litre Revotron engine. The engine churns out 73 PS of power output. It comes with 165 mm of ground clearance. 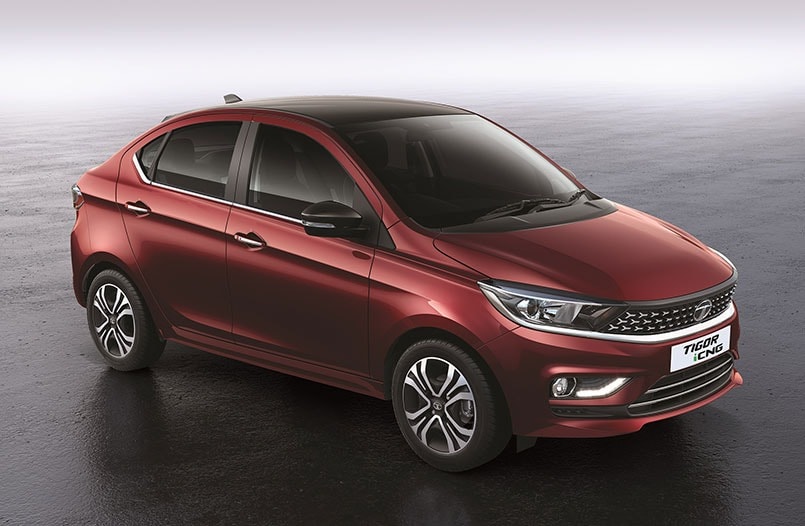 With the launch of the CNG variant, Tata Tigor becomes the first car in India to have petrol, an all-electric and a CNG variant. Like the Tiago CNG, the Tigor CNG too comes carrying a factory-fitted CNG kit that works along with the 1.2-litre Revotron petrol engine. This engine too churns out 73 PS of power.