While Tigor was first launched in the Indian market back in 2017, Tiago was launched a year earlier to help Tata Motors gain a more firm foothold in the compact car segment. Both cars have fared reasonably well in the Indian market against some very fierce competition from the likes of Maruti Suzuki and Hyundai. ...read less

Tata Motors officially launched its Tiago and Tigor models with CNG technology in India today at a starting price of ₹6.09 lakh and ₹7.69 lakh (ex showroom). Looking at tapping into the growing market for vehicles equipped with CNG technology, Tata Motors is ensuring that no powertrain is left untapped. Equipping Tiago and Tigor with CNG kits ...read more
19 Jan 2022, 12:18 PM IST

What do you make of CNG technology?

Would your next car purchase be one that has a CNG kit and does CNG Tigor or CNG Tiago make sense for you? Let us know. For now, that's all in this blog post. Thanks for joining us.

And the pricing is official! 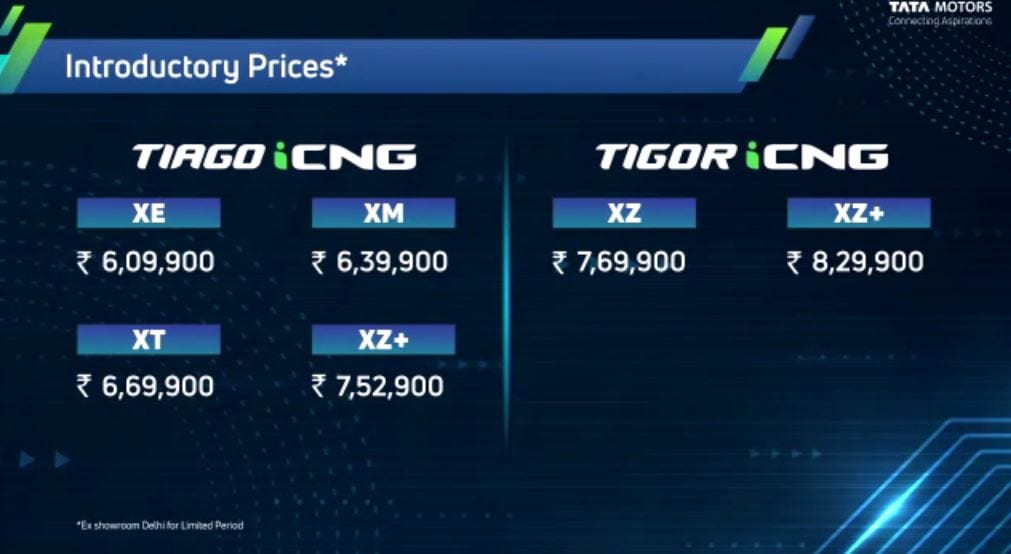 Tata adds CNG to upper variants of Tiago and Tigor

Some of the key highlights on both cars

Tata Motors says there has to be a minimum level of petrol in the CNG models it is offering today. Both models also start directly on CNG.

There is a special CNG fuel gauge, apart from petrol gauge, on the digital driver display.

Tata Motors claims that there has been no compromise on safety on either of the two cars. Safety is a key concern for many buyers and more so among those considering CNG vehicles.

Factors such as use of stainless steel for leak proofing, component level traceability through barcodes and with components which prevents rust and corrosion. In case of a rare gas leak, there is an auto switch to petrol mode. 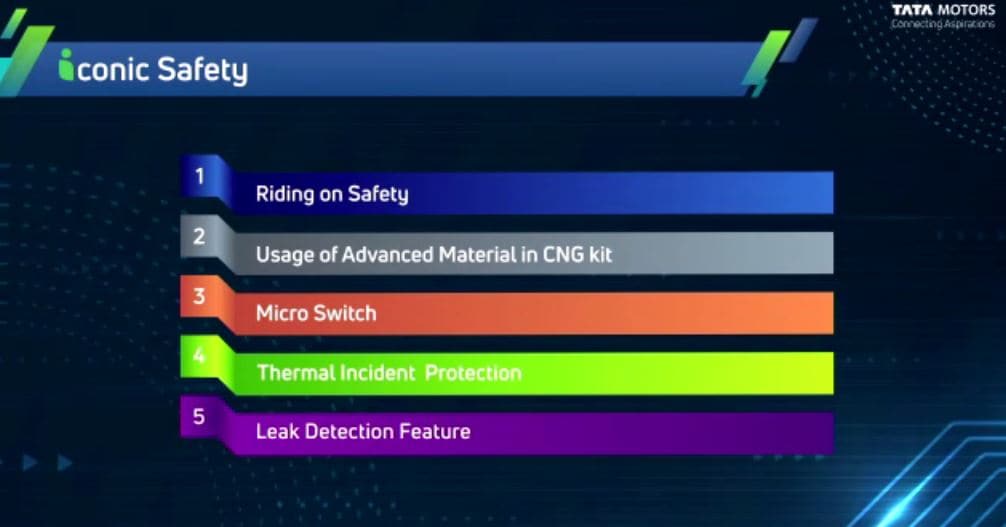 Despite the CNG kit in the boot, both Tiago and Tigor have an unladen ground clearance of over 165 mm.

Tata Motors says Tiago and Tigor were obvious choices as the models to get CNG kit. Special focus was given on driveability, performance and highway creds.

Company says both models focus on performance and better driveability based on 1.2 litre petrol unit pic.twitter.com/nze95gvPLs

Tata Motors says rising petrol and diesel prices, increase in number of CNG pumps in several cities and demand for eco-friendly vehicles in the country are three main factors for decision to bring in the technology to Tiago and Tigor.

Tata on a high

Tata sold over three lakh vehicles in all of 2021. This was the highest for the company in any single calendar year.

The more the merrier?

When it comes to electric vehicles, manufacturers agree that more the options, the better it is for the EV movement. That may or may not be exactly true for brands when it comes to CNG as competition hots up.

At the end though, having a plethora of options is always good for the customer. Two new options in just one day? Sure! Live event from Tata Motors all set to begin…

The launch event of Tigor CNG and Tiago CNG is now just minutes away. At the event, it will be clear which variant(s) of the two models will get CNG kits.

While the petrol engine under the hood will remain the same, expect power and torque figures to go down slightly.

Now while the Celerio CNG was launched at ₹6.58 lakh, we expect the Tiago CNG to play the price game very aggressively and may be priced at around ₹6 lakh. The petrol-only Tiago starts at around ₹5 lakh while Celerio pricing begins at around ₹5.15 lakh.

Tigor CNG, on the other hand, may be priced at around ₹6.50 lakh and while not in the same segment, could pose a challenge to the Celerio with the CNG kit. The Aura CNG would, however, be its primary target and the Hyundai model is priced at around ₹7.70 lakh.

(All prices mentioned above are ex-showroom)

What are your options in CNG cars?

The CNG field of play has so far been dominated by Maruti Suzuki and Hyundai. While almost any car with a petrol engine can be fiited with a CNG kit, the factory-fitted kit is offered on models like the WagonR, Celerio, Alto 800, Ertiga, Eeco, Santro, Grand i10 NIOS and Aura.

Tiago has always been in a battle against Celerio from Maruti Suzuki and the rivalry has only become more intense in recent times. While Tiago NRG was launched last year, Maruti followed soon after with the launch of the updated Celerio. Both Tiago NRG and the new Celerio target  a young car-buying audience and get styling updates to that effect.

In the CNG battle, Maruti beat Tata Motors by two days and launched Celerio CNG on Monday. (Read all about it here)

But while Maruti is relying heavily on CNG technology in its green push, Tata Motors has kept its options open, courtesy electric power.

Based on the Tiago hatchback, Tigor was first launched in India by Tata Motors back in 2017. At the time, the sub-compact sedan was offered in both petrol as well as diesel engine options. Over time, however, the diesel engine was junked.

The petrol unit under the hood at present is a 1.2-litre motor and is available with manual and automatic transmission options. The CNG Tigor, however, will only be in the manual transmission choice for obvious reasons. 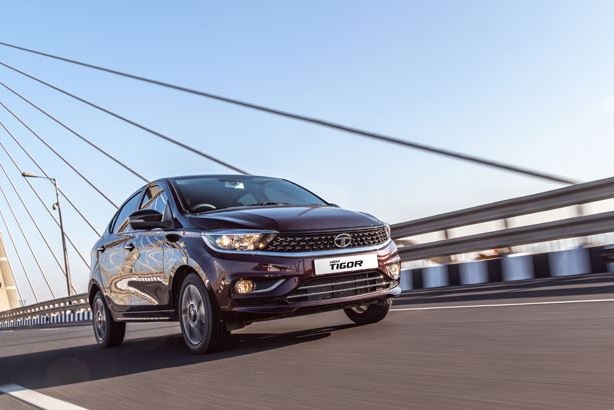 Tata Tigor is currently available with a petrol engine and in an all-electric version. There is no diesel.
19 Jan 2022, 09:48 AM IST

How much do you save if you drive a CNG car?

The mileage of Tigor and Tiago CNG cars will be known in a short while for now but let's assume a CNG vehicle goes around 30 kms per kilo of the fuel.

In Delhi, a kilo of CNG is ₹52 and a CNG cylinder can typically hold seven kilos. So that's around 200 kms per cylinder fuel which costs ₹364. Do the maths and that's ₹1.82 (round it off to ₹2) per kilometre.

For someone with a per-month running of say 2,000 kms, that would be ₹4,000 spent on fuel while in a petrol-only car, it would be ₹10,500. The savings would be more if running is higher, quite obviously.

These figures are of course indicative at best.

How is the Tigor EV?

Tigor EV has a certified range of 312 kms and can be a good option for someone looking to switch to electric power but is unwilling to stretch budget beyond ₹13 to ₹15 lakh. Check out our first-drive review of the product.

Tata Motors has been batting on the front foot for some time now and while it has made several power moves in the SUV space, it is also appears determined to have a large say in the small hatchback and compact sedan space.

Last year, the company brought out the Tiago NRG which is essentially a more youthful looking version of the vehicle. But one of the other significant moves was driving in Tigor EV for the individual customer.

With CNG technology, Tigor will now become the first vehicle in the Indian market which is offered with petrol-only engine, battery power as well as a petrol-CNG combo. 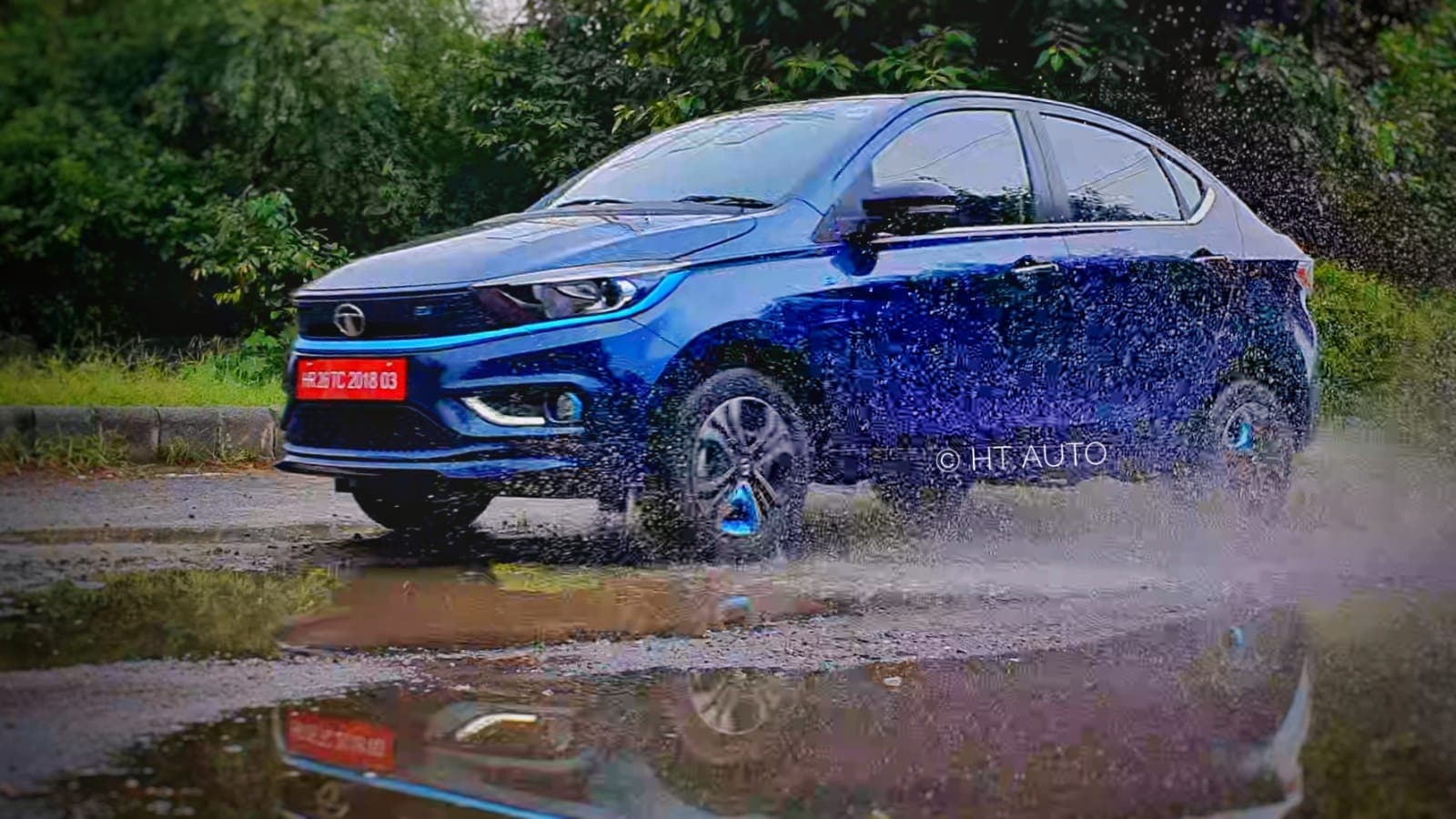 Tigor electric vehicle was launched for the individual customer last year. It was previously only available for fleet operators. (HT Auto/Sabyasachi Dasgupta)
19 Jan 2022, 09:19 AM IST

When it comes to CNG technology, there are several myths and misconceptions that often do the rounds.

Unsafe - There have been several reports that CNG vehicles have caught fire. Here, it is important to note that company-fitted CNG kits are the best way to go because these come with careful installation and with warranty. More often than not, instances of cars with CNG kits catching fire have been found to have had the kits installed from third-party vendors.

Not for highways - There are hardly any CNG pumps on Indian highways which may deter people from buying a CNG car. But unlike electric vehicles, CNG vehicles can be driven on only petrol at any point in time. If CNG in the car's cylinder is over and a pump is nowhere in sight, all one has to do is press a button on the dash for a switch to petrol.

CNG kits are expensive - There are several brands offering company-fitted CNG kits. These include Maruti Suzuki, Hyundai and now Tata Motors. Of course it hikes the price of a model but the benefit is that the kit itself if of a high quality, the warranty of a new vehicle remains intact and in the long run, one can easily recover the additional cost paid for the kit, and then some more.

Why are CNG vehicles not a very common sight?

CNG may be cheaper than conventional fuels, and also greener, but its popularity as a fuel for motor vehicles isn't as wide as it ought to have been by now. While there are some real drawbacks to a car running on CNG, there are also some misconceptions around the fuel.

The main drawback of CNG technology is that one loses all or at least most of the boot space in a vehicle. This is because a cylinder is fitted in the trunk of the car, leaving little space for anything else. Of course, a carrier on top of the vehicle can solve the cargo space issue but this means extra expenditure.

Then there is a very minor drop in power and torque figures in a car running on CNG when compared to the same model running on petrol. Significant updates to CNG technology has meant the gap has come down but for absolute purists, it may still be noticeable.

CNG pump stations are a common sight in cities like Delhi and Mumbai. But these have not reached out to the far corners of the country. This is a major limiting factor for prospective owners of vehicles in cities and towns were there are no or very few CNG pump stations.

CNG or Compressed Natural Gas is clear, odourless and non-corrosive. What makes it the preferred choice for many when it comes to motor vehicles is that it is significantly cheaper than petrol and diesel while also being greener.

While CNG technology itself is decades old in India, the recent fuel price hikes have once again put the focus on CNG as a more affordable option for cars.