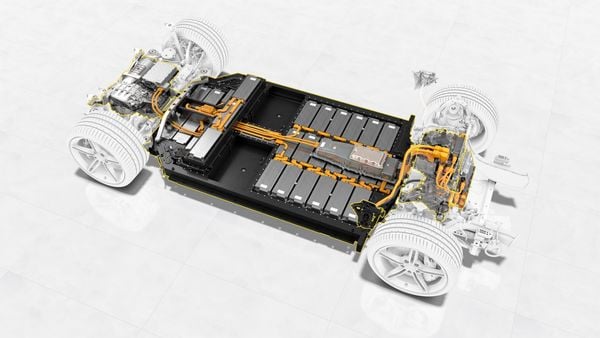 Even two decades ago, driving an electric vehicle used to be something out of science fiction books. However, the story is completely different in 2021. While lithium-ion batteries are predominantly being used as the power source for a wide range of electric vehicles, there are other different battery technologies as well.

Several auto manufacturer, battery technology developers and startups are working on new battery technologies that are more efficient, offers a longer range and have higher power density compared to conventional batteries. While conventional and widely-used lithium-ion batteries are playing a vital role in the development of electric vehicles, they are very expensive to produce and unstable in high temperatures.

As the researchers and battery manufacturers are searching for more sustainable replacement materials for lithium, one alternative is making quite a buzz - sodium. In the periodic table, lithium and sodium are neighbours, which means they offer similar properties and can both be used for battery cell manufacturing.

Sodium-ion batteries can offer some crucial advantages to EV manufacturers and consumers - sustainability, affordability, and increased safety. However, the energy density in sodium-ion batteries is lower than lithium-ion counterparts. Though this issue is likely to be improved over the next few years with constantly improving technologies.

While lithium's availability is scarce across the world and concentrated in a few specific regions, sodium is a common element available in plenty of amounts and across the world. Sodium is usually mined from soda ash and can be found anywhere. It can be found even in seawater as well. Sodium is the seventh most abundant material in the world and in comparison to lithium, it is available 1,200 times more. The rich availability and even distribution of the material around the world make the case in favour of sodium as a battery cell element.

Sodium's abundance makes this material much cheaper than lithium. The element costs less to extract and purify compared to lithium. Sodium-ion battery cells can be manufactured with ample metals such as iron and manganese. Lithium-ion batteries on the other hand require cobalt, which is limited in reserve and distributed across the world in an uneven manner. Also, cobalt is highly expensive to obtain and comes as the most expensive part of EV batteries. As sodium-ion batteries can be built using existing battery equipment, production too will not cost a hefty amount, as there won't be massive redesigning effort.