Slavia from Skoda replaces Rapid in the Indian car market.Skoda Slavia is also offered with a more powerful 1.5-litre engine.
By : Shubhodeep Chakravarty
| Updated on: 28 Feb 2022, 11:22 AM 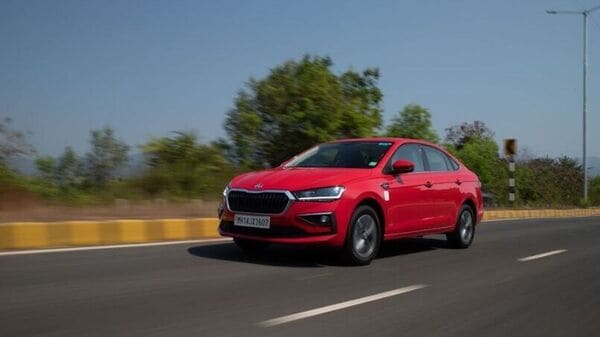 Skoda Slavia is the second car, after Kushaq SUV, from the Czechs under its MQB platform.

Skoda Slavia has been officially launched in the Indian car market at a starting price of ₹10.69 lakh (ex showroom) for the base Active variant with the 1.0-litre TSI engine. The Slavia also has a more powerful 1.5-litre engne with manual an DSG transmission choices but this version is scheduled for a launch on March 3.

The 1.0-litre TSI petrol engine is standard across all three trims of the Slavia - Active, Ambition and Style. It comes with a toss up between a manual or an AT. The top-of-the-line Style with AT has been priced at ₹15.39 lakh (ex showroom).

Skoda is banking on these numerous choices, along with the promise of a spacious and feature-loaded cabin to make a case for the Slavia despite the falling share of mid-size sedans in the current  Indian car market. Speaking to HT Auto, Zac Hollis, Brand Director at Skoda Auto India, confirmed that the company has received around 5,000 bookings since the reservation window for Slavia was first opened. He also said that the main reason for the mid-size sedan space falling has been that there have been no new products, something Slavia is promising to change. “We expect to sell at least 2,500 to 3,000 units each month in the initial months," he said.

Slavia is offered with the 1.0-litre as well as the more powerful 1.5-litre engine options. The more affordable Slavia puts out 113 bhp and offers 175 Nm of torque. Paired with either a manual and an AT unit, it claims to fire from zero to 100 kmph in around 10.1 seconds. The AT model also offers two drive modes - Normal and Sport.

Slavia is wider, taller and has better ground clearance and wheelbase than all of its direct rivals. In length, it is only marginally shorter than the Honda City. In terms of design, it gets typically European elements but with a contemporary touch. The front grille, complete with chrome surrounds, is identical to the grille on the Kushaq and is flanked on either side by LED head lights and LED DRLs. 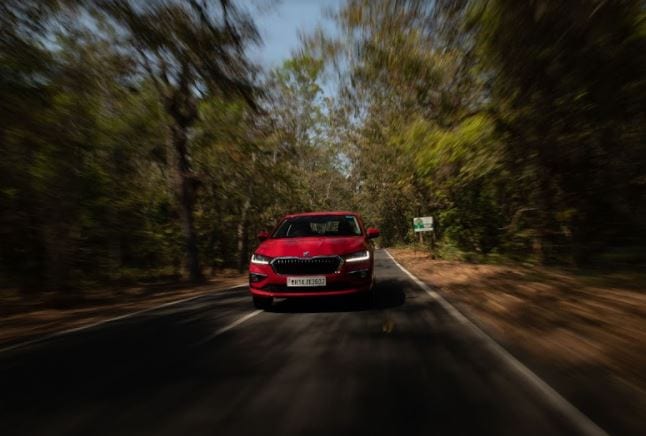 Skoda claims Slavia can go from zero to 100 kmph in around 10.1 seconds with the 1.0-litre engine under the hood.

Slavia boasts of a spacious cabin with plenty of space for passengers at the rear. Rear-seat passengers get seat armrest, rear AC vents and two USB Type-C charging points. There is more on offer for those at the front with a 10-inch infotainment screen with support for Skoda Connect Apps, Android Auto, Apple CarPlay and Navigation. Depending on the variant, Slavia also gets multiple speakers, tweeters and a sub-woofer.

There is an eight-inch all-digital driver display and steering wheel with controls mounted. The feature list is further extended with ventilated front seats, wireless phone charging, cooled glovebox and a conventional sunroof.