Skoda Slavia garners more than 10,000 bookings within a month of launch 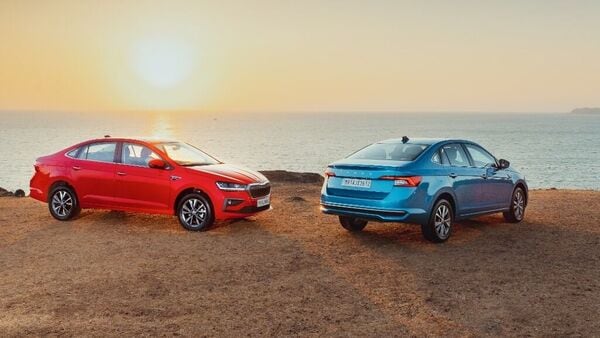 Skoda launched Slavia premium sedan with a 1.0-litre and a 1.5-litre TSI engines at a starting price of ₹10.69 lakh (ex showroom).

2022 Skoda Slavia premium sedan has received impressive response within a month of its launch in India. Skoda Auto India has announced that the sedan has already secured more than 10,000 bookings within first four weeks. Skoda Slavia, which is offered in two powertrains which include a 1.0-litre and a 1.5-litre TSI petrol engine, was launched at a starting price of ₹10.69 lakh (ex showroom). The price of the more powerful 1.5-litre variant starts at ₹16.19 lakh (ex showroom).

Skoda Slavia sedan is based on the Czech carmaker's MQB platform which also underpins the Kushaq SUV. The carmaker offers Slavia in three variants which include Active, Ambition and Style. The 1.5-litre Slavia is only available in the top Style variant.

The 1.0-litre TSI engine in the Slavia can churn up power up to 113 bhp and a peak torque of 175 Nm. The more powerful 1.5-litre TSI model of Slavia puts out 150 hp and offers a generous 250 Nm of torque. This makes it the most powerful petrol mid-size sedan in the country at the moment. Skoda claims that the car can hit 100 kmph in under 10 seconds while still offering a mileage of a little over 18 kms per litre.

Slavia goes up against its rivals like the Honda City, Hyundai Verna and Maruti Suzuki Ciaz. However, competition for Slavia is all set to get a bit tougher in a few weeks time when a new rival in form of Volkswagen Virtus is launched.