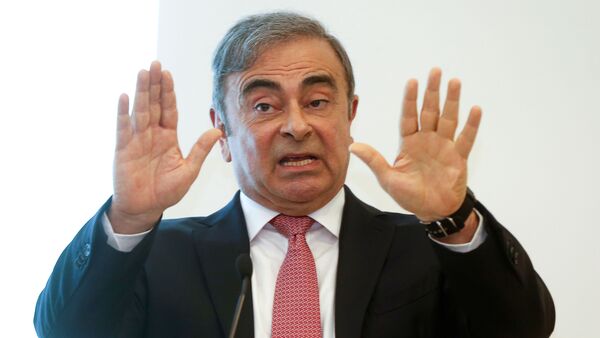 Since Ghosn's arrest, Renault-Nissan Alliance has been going through turmoil.

Once a contender to become the global number one automaker, Renault and Nissan's alliance has become a small and fragile vehicle manufacturer, said former Nissan boss and fugitive Carlos Ghosn during an interview with a French newspaper Le Parisien.

Ghosn said that the world's number one manufacturer has become a small and fragile manufacturer. "It saddens me to see that Renault is only a shadow of its former self," he further added.

According to Ghosn, current Renault management and the French government, which is one of the major stakeholders in the OEM, are to blame for the automaker's difficulties. Interestingly, back in 2018, Renault-Nissan Alliance, including the Mitsubishi was ahead of Volkswagen AG for the maximum number of global vehicle sales title, depending on criteria. Now the alliance is way behind Volkswagen and Toyota.

Speaking further about Renault, Ghosn said that right now, the automaker has very mediocre results and lots of announcements only. Interestingly, Ghosn's comment comes at a time when Renault CEO Luca de Meo is betting on a strategy of value over volume for the automaker's revival.

"It's all very well to make announcements about plans, but strategy is only 5 per cent, while action and results are 95 per cent," Ghosn said commenting on the automaker's current strategy.

Since Carlos Ghosn has been arrested, the Renault-Nissan alliance has been going through turmoil. The two company's relationship has been under stress as Nissan executives started aiding the Japanese authorities before Ghosn's arrest in the country. Ghosn said that it was laughable to blame him for the two automaker's struggles since his arrest.

Renault currently holds a 43 per cent stake in Nissan, which it acquired in 1999; in turn, Nissan holds 15 per cent of Renault.