Range Rover Evoque 2020 plays to its own strengths rather than for the crowds.What Evoque 2020 lacks in terms of space and features, it seeks to make up in terms of stylish looks and capable drive. Does it succeed in its intentions?
By : Shubhodeep Chakravarty
| Updated on: 20 Mar 2020, 03:56 PM It may not be fair to compare the Evoque 2020 with the Velar, its much elder sibling in the Range Rover family of capable SUVs. And yet, it is just that comparison that the Evoque yearns for and makes a solid case for itself as a capable SUV that is every bit at ease off the roads as it is on them.

The Range Rover SUVs are known for being no-nonsense vehicles which strike a balance between offering luxury in good measure while remaining true to their drive genetics and that is the path Evoque 2020 continues to chart for itself. It isn't imposing but what it lacks in terms of dimensions and cabin space, it seeks to make up in terms of quality and solid ride handling.

Are these characteristics, however, good enough to expand on its rather niche fan following in a country like India? Read on.

At a time when car makers across segments are going the extra distance to make their products look either deliciously attractive or menacingly butch, the Evoque stands out as a svelte SUV that was born to get a second look. Only the rare SUV does not have to scream out to get attention and this right here is that rarity. 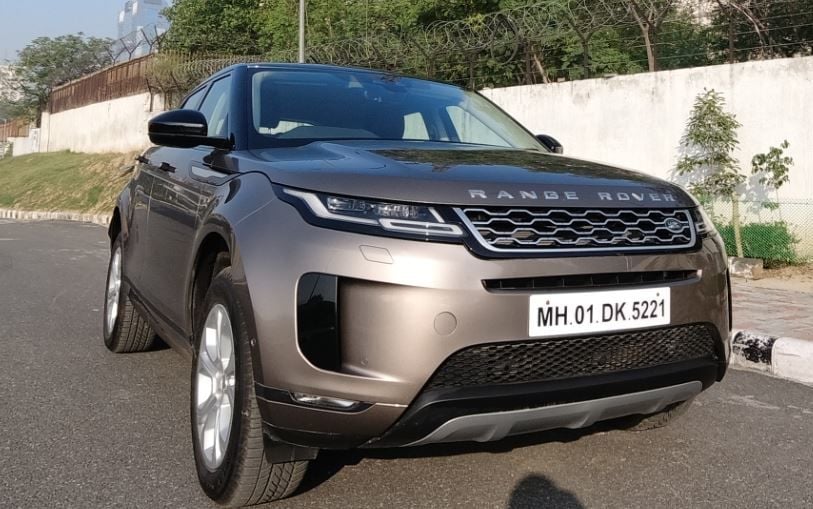 The slim-line headlights with LED give the Evoque 2020 a very appealing look. (HT Auto Photo)

The exterior styling is uncannily similar to the Velar SUV and that works really well for the Evoque. The slim-line headlights with LED, the mesh grille and the enormous air dams lend a confident front appeal to the car. The headlights stretch all the way up to the front side doors which adds to the character of the car, complimented also with the shoulder line across the side profile of the vehicle. The roofline tapers towards the end for that touch of sporty flair while the wheel arches are just large enough to give a rugged visual illusion. The pop out door handles are a nice addition here too.

Smart shoulder lines and the extended headlight into the front door lends a sporty touch to Evoque's side profile. ( HT Auto Photo)

As for the rear, the Evoque gets stylish rear LED tail lights along with the badge that confirms that this here is not the Velar after all. A sporty rear bumper and the large Range Rover badge completes a clean profile for Evoque.

When Four are Fun, Five is a Crowd

On the inside, there are even more reasons to be pleased and some to be a little disappointed about. First, the glee. A typically minimalist cabin but brought together using materials of high quality defines the Evoque cabin. Soft-touch materials have been used generously on the dashboard, side doors and arm rests to ensure that none can blame the makers of cutting corners. 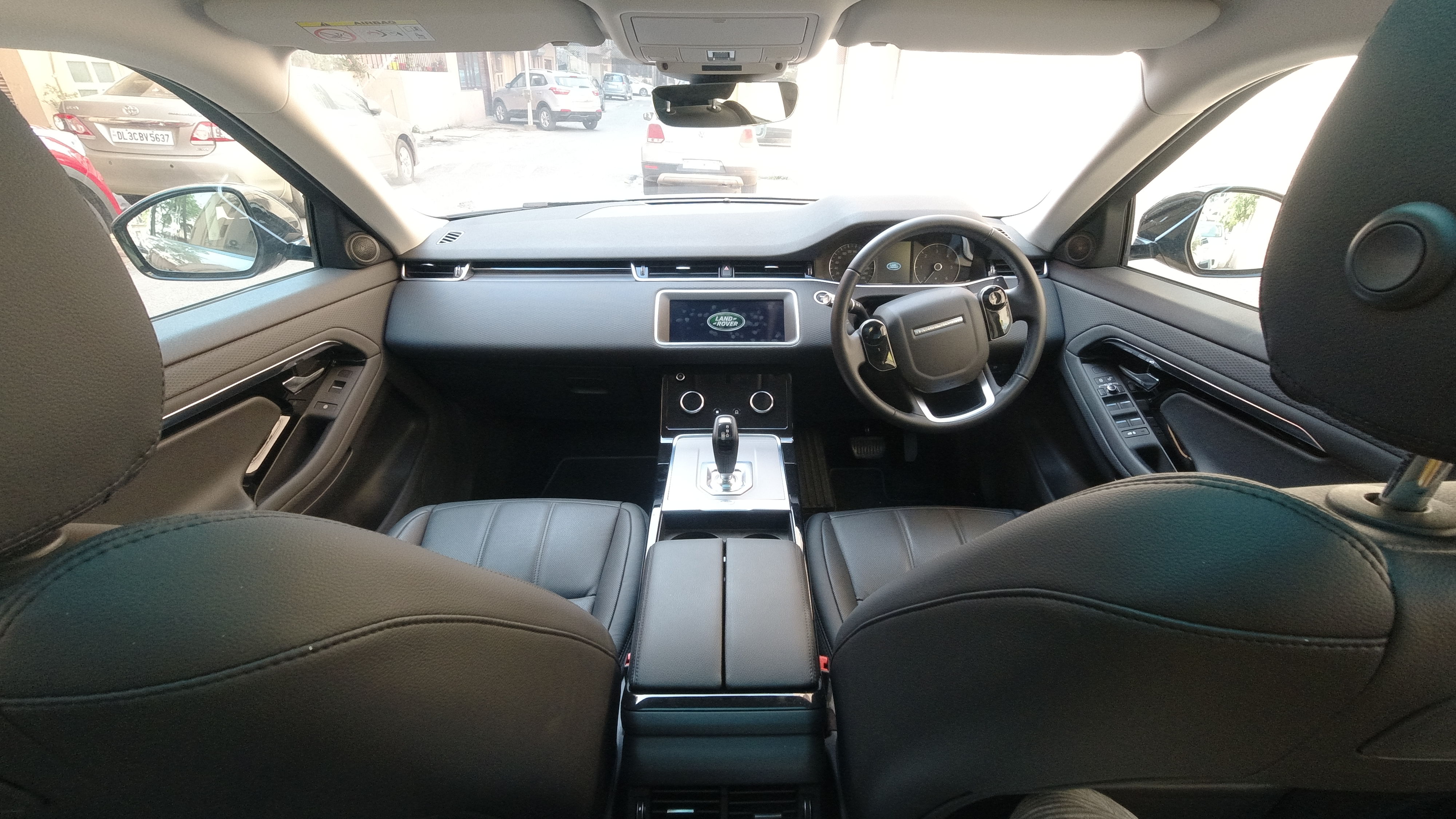 The 'S' version provided for this test drive featured only a single touchscreen unit which is tasked with numerous responsibilities like infotainment, vehicle diagnostics, navigation etc. The 'SE' version gets a second touchscreen which sits below the first but in this test car, two dials house air conditioning control and terrain-response system, respectively. Yes, the conventional rotary dial for selecting drive modes have been done away with and that's not a bad idea at all. 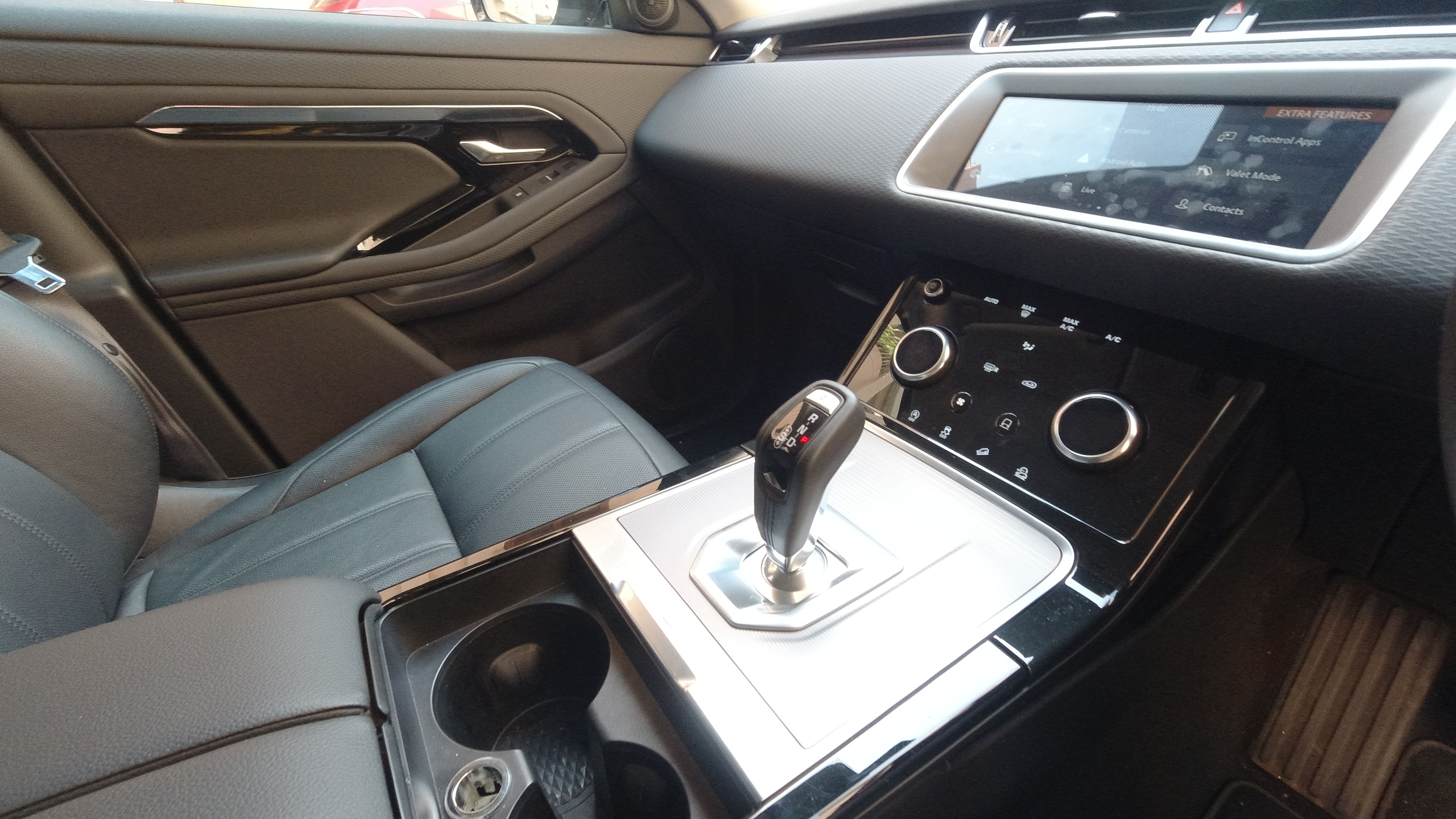 The 'S' version gets two physical dials under the main infotainment unit. The higher - SE - version gets a second touchscreen. (HT Auto Photo)

A minor obstruction here is that to control the air conditioning, one needs to first press the blower button and then make use of the left dial which manages temperature and fan speed. The blower button goes off after a while and the process needs to be done again if and when air conditioning settings need a change. Ditto for the dial which lets one select the drive mode. This one additional step, often repetitive, is a tad bit bothersome.

Overall, the front of the car looks quite premium, has a dash of chrome lining under the AC vents and boasts of a very unique instrument panel cowl. The seats are quite comfortable but with rivals several segments lower now also offering features like cooling and heating, plus massage and additional lumber support, the Evoque 2020 could have stepped up in these departments as well.

The rear seats too are quite comfortable but for two. A third adult here could make matters extremely cramped, especially around the shoulders and thighs. Leg room is just about adequate while head room, due to the slopping roofline, could be an issue for anyone over 6 feet tall.

Other than that, the windows are generously big and the massive panoramic sunroof flushes the entire cabin with abundant natural light. 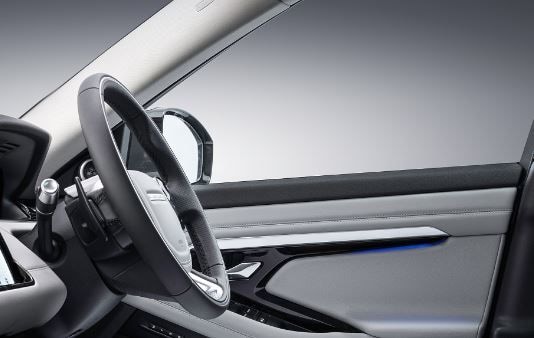 The large windows and massive sunroof lends an airy feel to the cabin of Evoque. (Photo courtesy: Range Rover)

The feature list is not exhaustive or miles long but it is not shabby either. The Evoque 2020 gets connected car technology, dual-zone climate control and Meridian sound system, among others. The safety list is also quite decent with eight airbags, ABS with EBD, rear view camera, rear view traffic monitoring, hill descent control, etc.

Now Evoque has always been recommended as a car to be driven than to be driven around in. The 2020 Evoque continues to take this forward and is every bit as solid to drive as any of its other siblings.

The BS 6-compliant 2.0-litre diesel engine is as refined as they come and has peak power of 180 PS and max torque of 430 Nm. It doesn't roar, neither does it growl. Instead what one gets is a low thunder that belies its comparatively small proportion.

While the ECO mode still has enough juice for the SUV to pull itself forward, the Comfort mode would easily be the top pick as the Evoque rumbles down with confidence. Out on wide and clear roads, the vehicle remained absolutely steady at triple-digit speeds, aided exceptionally well by a steering wheel that deserves a place in the steering hall-of-fame, if ever there would be something like that. Precisely weighted, the steering also helps the entire vehicle take corners with absolute precision and the body roll is under check as well. The only downside here is that when the lane-assist system is selected to steering assist, the wheel fights a little too strongly to keep the car in lane. The steering vibration warning option, instead of assist, could be a better bet here but keeping both switched off isn't really recommended in the interest of safety. 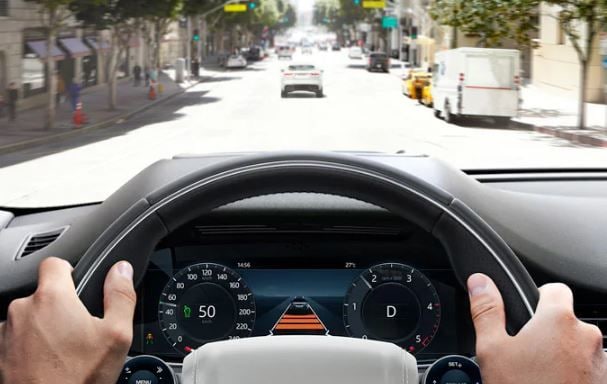 And keeping the speed in check also ensures safety even if slow speeds make the Evoque rather unexciting. Even that steering that keeps finding a mention can offer fun only in bursts when weaving in and out of city traffic. As for the infamous road cracks and bumps, the SUV manages to handle almost every challenge with ease and cushions over them comfortably. The suspension set up is on the stiffer side which means at low speeds, the car could jump around a bit on bad roads but the effects of these are kept to the minimum on the inside.

Verdict - Of Likes and Dislikes 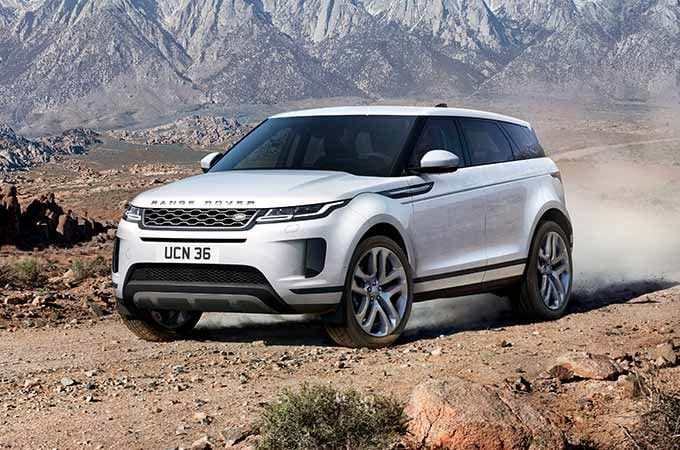 At a starting price of ₹54.94 lakh (ex showroom), the Evoque 2020 is one of the most affordable Range Rover SUVs around. This does not mean it is the most affordable in its segment. The feature list could have been exponentially expanded to meet a growing desire among new-age buyers for creature comforts. And despite the slight bump up in the wheelbase, space on the inside remains tight. The rear seats aren't class-leading by any means and five people are more likely to jostle on long journeys rather than bask in the natural light flowing in from the airy windows.

That said, the Evoque appeals to the niche SUV aficionado looking at being behind the wheel and staying there. It is a reassuring vehicle to drive, hardly ever losing control of its calm and composed state. Rock solid at high speeds and at home out in the wilderness, the SUV plays out to its own strengths rather than the crowds. A premium cabin and stylish looks further bolster the case for the Evoque 2020 which competes against the likes of Audi Q5, BMW X3, and Mercedes Benz GLC.