Porsche unveils 911 Turbo S, its most powerful yet

It is the fastest and most powerful 911 Turbo to be released in both a coupe and a convertible, giving Porsche another boost .
By : Sabyasachi Dasgupta
| Updated on: 03 Mar 2020, 05:14 PM 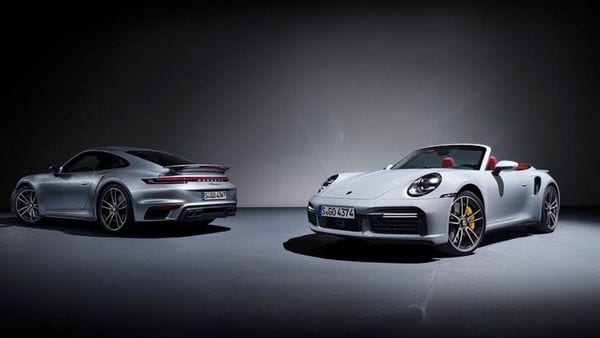 The Porsche 911 Turbo S is offered in both coupe and convertible versions.

Porsche has unveiled the new generation 911 Turbo S, the top model of the 911 series. The sports car is offered in both coupe and convertible versions, and boasts a new 3.8L biturbo boxer engine capable of delivering 650 horsepower (70 hp more than the previous generation), and acceleration from 0 to 100kmh in just 2.7 seconds. The new 911 comes with a maximum speed of 330kmh thanks to an 8-speed PDK gearbox.

The brand new engine of the Porsche 911 Turbo S is based on the engine generation of the 911 Carrera. It features a completely redesigned charge air cooling system and new and larger VTG turbochargers arranged symmetrically with electro-adjustable flaps on the wastegate valve; it also uses piezoelectric injectors which help to significantly improve the car's characteristics in terms of reactivity, power, torque, emissions and tripping. 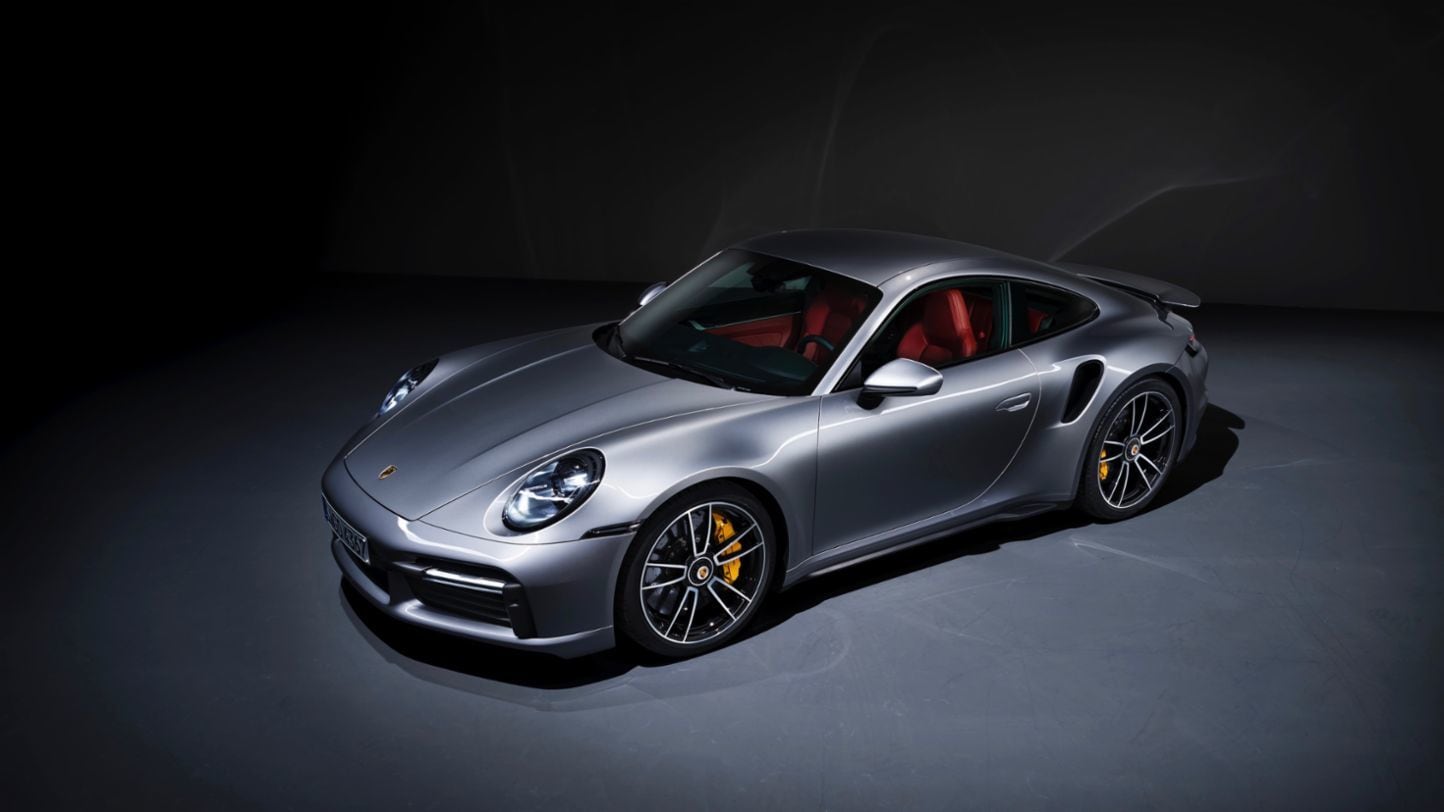 The new six-cylinder unit is aspirated and equipped with a new intake system. The new Porsche 911 Turbo S has four air intakes with a larger overall section and less resistance which help improve engine efficiency.

The performance jump that distinguishes this new generation is particularly evident in the acceleration from 0 to 200 kmph: with a time of 8.9 seconds, the  Porsche 911 Turbo S is well one second faster than the previous model. Thanks to the active all-wheel drive with PTM (Porsche Traction Management) system, the transfer case distributes significantly more torque, transferring up to 500 Nm to the front wheels. 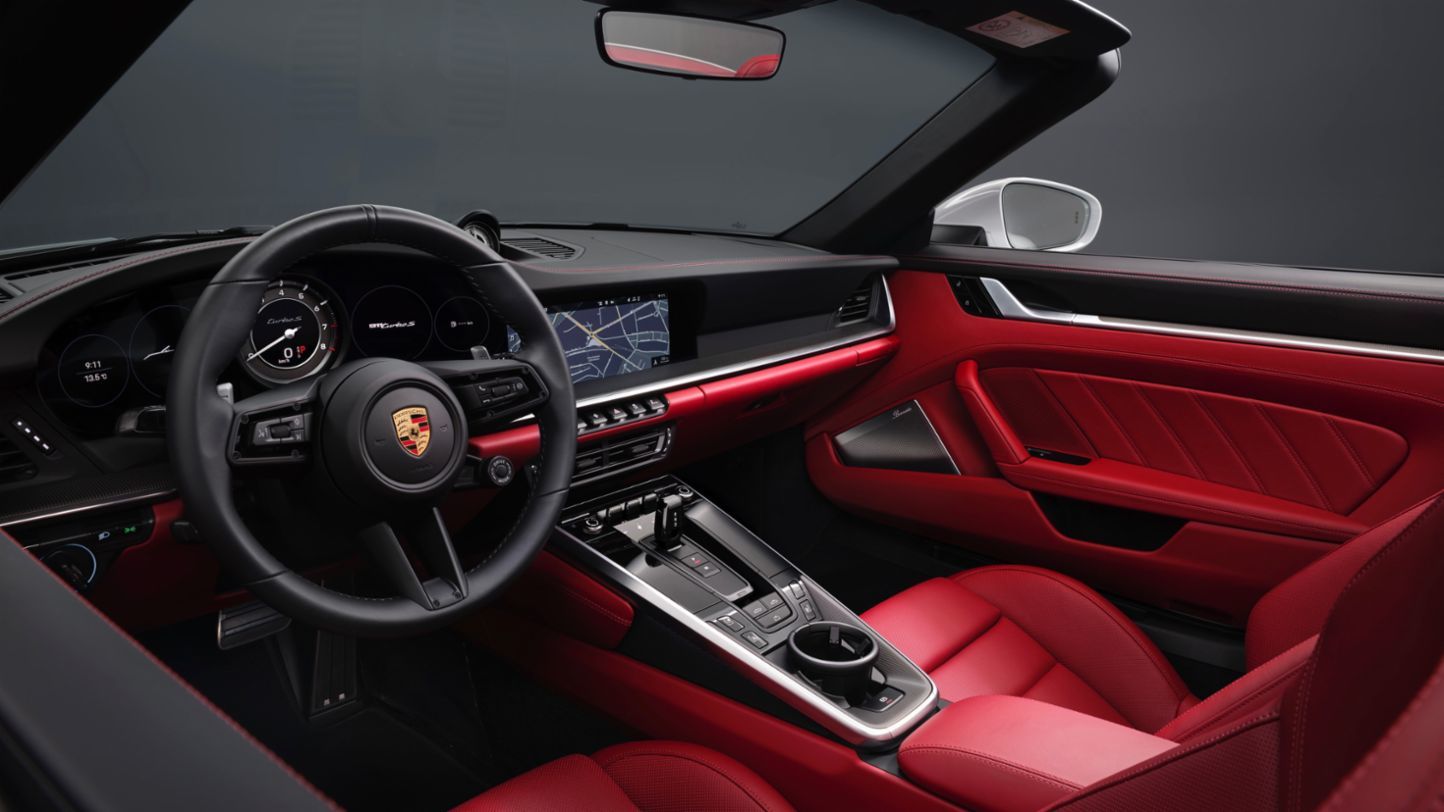 Porsche interiors are distinguished by high-quality finishes and sporty taste. The numerous standard features include interiors entirely in leather and carbon fiber inserts combined with details in Light Silver color.

The 18-way adjustable sports seats are embellished with stitching that wants to be a tribute to the first 911 Turbo (type 930). The high-quality logos and graphic elements of the instrument panel complete the typical equipment of the Turbo S.

The central screen of the PCM system is now in 10.9-inch format and has a new configuration that allows you to use it quickly and without causing distraction. Among the other on-board equipment supplied by the Manufacturer, the GT sports steering wheel, the Sport Chrono package with the new integrated Porsche Track Precision app and the BOSE Surround Sound audio system are worth mentioning