This luxury electric sports car outsells all petrol, diesel cars in this country

Norway is considered as the leading nation where density of electric vehicles is more than any other country in the world.
By : HT Auto Desk
| Updated on: 04 Feb 2022, 03:48 PM 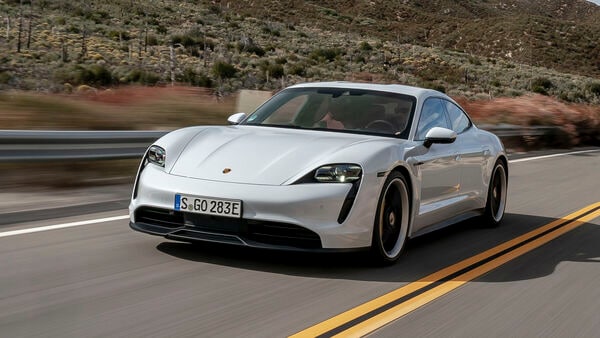 Porsche Taycan EV outsold any other vehicles running on fossil fuel in Norway in January this year.

Imagine a luxury electric car outselling all ICE vehicles running on fossil fuel. Porsche has done the unthinkable in a country which has the maximum density of electric vehicles. Its electric sports car Taycan has outsold all ICE cars sold in Norway last month.

Porsche sold 181 Taycan EVs out of all the 185 vehicles it could sell in January in this Scandinavian nation. With a staggering 98 percent contribution the carmaker's overall sales, this is the highest that Taycan has achieved since its launch in any market across the world. In comparison to Porsche Taycan's sales performance, Norwegians took home only 175 vehicles which run on either petrol or diesel last month.

In November last year, Porsche launched the Taycan EV in India at a starting price of ₹1.50 crore. It is capable of producing a mammoth 761 PS and fires from standstill to 100 kmph in just 2.8 seconds. The entry-level Taycan with rear-wheel drive claims to offer up to 484 kms per charge with Performance Battery Plus (according to WLTP).

Despite this stellar record, Porsche Taycan was not the best-selling electric car in the Norwegian market. Audi Q4 e-tron, with 643 registrations in the first month of the year, emerged as the leader in the electric vehicle segment in Norway. Q4 e-tron too had a healthy contribution to Audi's overall sales of 952 cars in the market.

Electric vehicle outdoing ICE vehicles in Norway is not new. It is known to be the leading nation where density of electric vehicles is more than any other country in the world. Norway saw a total of 7,957 cars sold last month. Electric vehicles now hold a share of more than 83 percent of overall sales. Even rechargeable hybrid vehicles have nearly seven percent market share.

By June last year, EVs made up more than half of total car sales in the country. Last month, the average has improved further with every nine out of 10 first-time registered new cars were all electric.