Nissan hints at an electric GT-R, likely to come in the distant future

Nissan GT-R will definitely receive an electric powertrain, but there is no definite timeframe for that, said Nissan COO.
By : HT Auto Desk
| Updated on: 05 May 2022, 02:16 PM 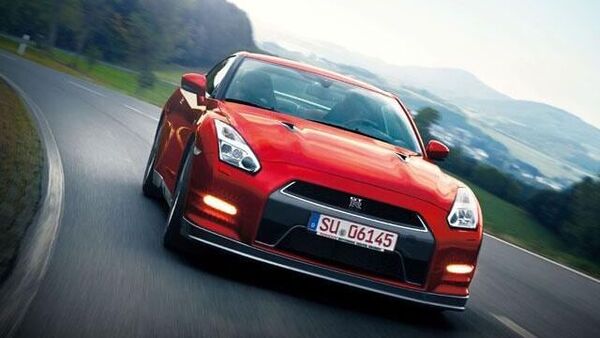 Despite getting an electric powertrain, Nissan GT-R will sit on top of the automaker's product portfolio, said the company's COO.

Nissan is planning to work on an all-electric GT-R sports coupe, the Japanese automobile manufacturer's COO Ashwani Gupta has said in an interaction with Top Gear. He said that despite it being too early to say an all-electric Nissan GT-R will definitely come one day. However, he also said that the current electric vehicle technology is not ready yet for such a high-performance application. Not only the Nissan GT-R, but its other sportscar Z too would get the electric treatment. "At present, when we do all the simulations to the electrification on these cars, we don't find the right technology to define what is 'Z' and what is 'GT-R'. And at the end, these two are not cars, these are our culture," Gupta further added.

The revelation about Nissan's plan for an all-electric GT-R comes at a time when the global automotive industry is shifting its focus from conventional ICE powertrain technology to zero-emission electric powertrain tech. Nissan too aims to go carbon neutral like several other car brands around the world and its plant to bring an all-electric GT-R is just a part of that strategy. Also, the development comes at a time when the carmaker was forced to axe the twin-turbo V6 powered GT-R in the European market due to noise regulations.

Ashwani Gupta described the Z and GT-R as being the beauty and the beast, respectively. He said that these two high-performance cars play different roles in the automaker's lineup. Nissan's COO also said that GT-R and Z's positioning won't despite them getting an all-electric powertrain in future. This means the venerable supercar will always sit at the top of the hierarchy.

Meanwhile, Nissan GT-R's order book has been officially closed for the current model year. It's not clear if the automaker is readying an updated version of the sports car that is popularly known as Godzilla or will continue in its ageing R35 form.

On a related note, the order books in Japan for the GT-R have been officially closed for the 2022 model year. It's unclear for the time being whether it will return for 2023MY in its ageing R35 form. In addition, Nissan stopped selling the car in Australia on November 1, 2021, when a stricter side-impact crash test came into effect.