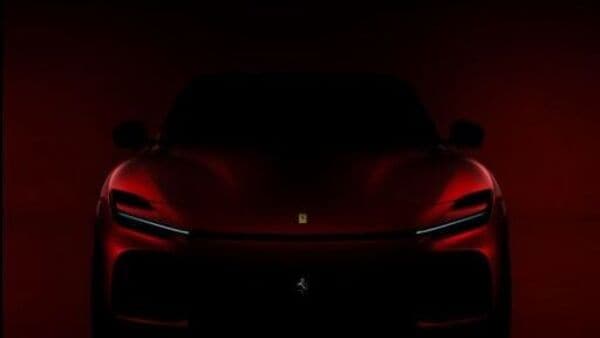 Ferrari may be taking a road it has never taken before with its first-ever SUV being prepped for global markets. But while Ferrari purists feared that the Purosangue SUV could be electric considering the global trend of going for battery power, it is now confirmed that the model will have the V12 engine at its heart and will roar much like all other models in the family.

The Ferrari Purosangue SUV has been making headlines even though it hasn't been unveiled yet. But while most are absolutely thrilled with Ferrari taking the rather unconventional route and finally diving into the world of SUVs, several die-hard fans of the iconic sports car brand have been full of skepticism. While it is argued that SUVs aren't what Ferrari stands for, it has also been feared that an electric model would silence the engine roar that has for long defined the brand. At least this second part isn't happening. Not yet anyway.

Ferrari CEO Benedetto Vigna recently confirmed that while several options were indeed considered for the Purosangue SUV, it was eventually felt that the model deserves a V12 engine. “At its heart beats the most iconic Ferrari engine of all time," he said. "It has the agility and fun to drive typical of our sportscars."

In the fast lane

Ferrari is gearing up to unveil the Purosangue SUV to the world in the coming months and is betting on the model to be an exclusive addition to garages of its customers. While it is almost confirmed that Ferrari will only manufacture the vehicle in very small batches, some reports also suggest that it could be offered only to existing Ferrari owners.

Upon launch, the Ferrari Purosangue will take on rivals like Lamborghini Urus. The Urus has been a hot seller for Lamborghini, another iconic name when it comes to sports and performance car models.