With the mid-cycle update, the Toyota Fortuner SUV will gain a few cosmetic as well as interior feature updates.Along with the facelifted Fortuner, Toyota will also debut the new Hilux on June 4.
By : HT Auto Desk
| Updated on: 02 Jun 2020, 04:13 PM 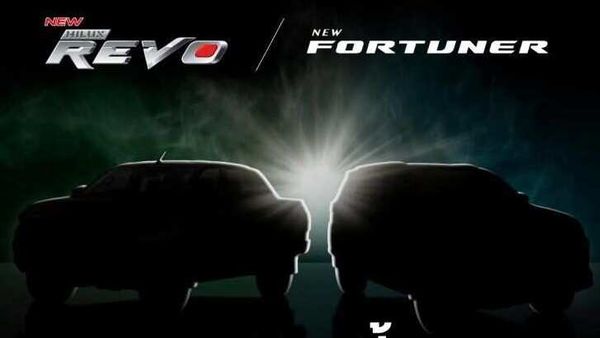 With the mid-cycle update, the Toyota Fortuner SUV will gain a number of cosmetic as well as interior feature updates. In terms of physical appearance, the second-gen Fortuner will look bolder and more assertive thanks to the updates such as sharper headlamps and remastered front bumper. The facelifted model will also get a slimmer upper grille, while the lower front grille will grow bigger in size.

(Also Read: Toyota announces its line-up for the new GR Yaris in Japan)

Over the sides, the new Fortuner may have very minor changes save for the 20-inch alloy wheels (which are market specific), while on the rear-section it will get a new sharper bumper with L-shaped reflectors. Previous spy images suggest that it will also get a dual-tone roof which may be specific to variants.

In terms of cabin updates, the new Fortuner will likely get a new interior colour scheme with fresh decor elements. Also, some comfort and convenience features which are currently missed may also find place inside the new setup. Expect the SUV to now also get a head-up display, 360-degree camera system, digital instrument cluster, and connected vehicle functions, but nothing is confirmed yet.

As for the mechanical, the SUV currently sells in a number of engine options in the international markets such as 2.7-litre and 4.0-litre petrol, and diesel engines with 2.4-litre, 2.8-litre and 3.0-litre displacements. As far as Indian market goes, it will most likely continue with the same 2.7-litre petrol and 2.8-litre diesel engines.

In India, expect the new Toyota Fortuner to arrive sometime in 2021.