The SAIC Corp-owned company revealed its future plans with its first electric vehicle for India, along with initiatives to push for electric mobility.
By : HT Auto Desk
| Updated on: 04 Jun 2020, 09:06 AM 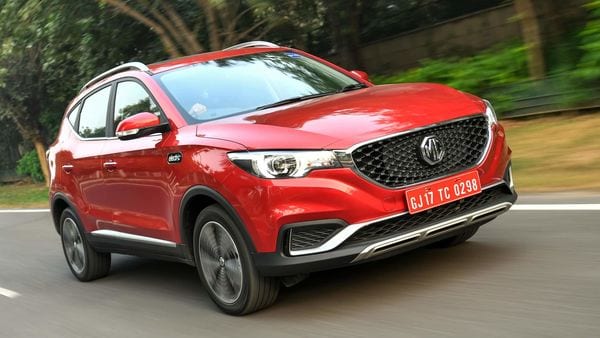 MG ZS EV currently has a range of 340 kms, which the company plans to increase to 500 kms.

MG Motor plans to come out with a new ZS EV soon with a range of 500 kilometres. The MG ZS EV, which was launched earlier this year in January, currently has a range of 340 kilometres on single charge. The ZS EV could become the best in its segment as far as range is concerned if the company manages to increase it to 500 kms.

Recently, Rajeev Chaba, President of MG Motor India, said in an interview to LiveMint, "We want to double our bets on electric vehicles in the medium to long term and want to be the leader (in the EV space). That’s why we will come with a battery with 500 kilometres range to show our intent."

MG Motor also revealed its intentions to increase investment to boost electric mobility in India with plans to come up with an affordable electric vehicle, localising assembly of batteries and other components for EVs, and plans to launch the ZS EV in more parts of the country. As part of its expansion plans, MG is going to introduce the ZS EV in six new cities including Pune, Surat, Cochin, Chandigarh, Jaipur, and Chennai. With this expansion, the ZS EV will be available for sales across 11 cities in India.

ZS EV is the second offering in India from MG Motor after the successful launch of Hector SUV in 2019. The company has also worked on trying to create a supporting infrastructure around the ZS EV and offers an eight-year warranty on the 44.5 kWh battery pack that is IP67 certified for protection against water and dust.

The ZS EV boasts of SUV proportions, a premium cabin - coupled with a skyroof which covers 90% of the vehicle's roof and a PM 2.5 filter, and a claimed range of around 340 kilometers on a single charge.

In February this year, MG Motor reported that it sold 158 units of ZS EV. The numbers fell in March to just 116. Like most carmakers, MG Motor too registered zero sales in April. In May, the company sold only 710 units.

MG had previously said that it expects to sell 3,000 units of the ZS EV per annum. It even reported that it received over 2,800 pre-launch orders of the vehicle, which was more than the total sales of EVs in India in all of 2019.