Mercedes EQA teased ahead of world premiere on January 20

Mercedes EQA will come based on the GLA and will most likely feature the same exterior styling as well.
By : HT Auto Desk
| Updated on: 16 Jan 2021, 02:44 PM 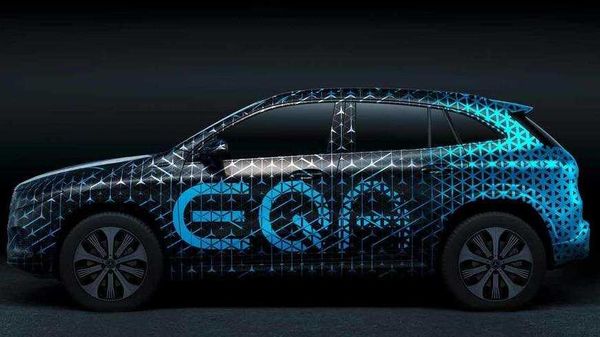 The new Mercedes EQA will feature an output of 188 bhp.

Mercedes is about to extend its pure electric vehicle portfolio with the new EQA. Mercedes's new battery-powered car is set to make its world debut next week on January 20. The new EQA will be made available for the European customers by March.

Prototypes of the new EQA have also been spotted on public roads in the past indicating its resemblance with the regular GLA-Class, albeit with clear EV identifiers including the sealed-off grille and no exhaust setup.

(Also Read: Mercedes-Benz F 100 from 1991 was ahead of its time; featured pioneering systems)

EQA will come based on the GLA and will most likely feature the same exterior styling as well. While the firm is yet to announce all the official technical details on the car, it does claim that the new EQA will feature an output of 188 bhp. As per the company, the power consumption of the EQA 250 stands at 15.7 kWh/100 km.

Goes without saying that since it is a battery-powered offering, there are no carbon emissions to speak of. After the introduction of the EQA 250, more powerful iterations with over 268 bhp and all-wheel drive will successively follow in the time to come. Features on the EQA will include a navigation system with Electric Intelligence which helps to calculate the fastest route to the desired destination.

Interestingly, the EQA was originally slated to come based on the Mercedes' A-Class hatchback, however, changing consumer trend toward SUVs and crossovers forced Mercedes to come forward with the GLA-Class inspired EQA.

More details on the upcoming EV to be made public on January 20.