Home Auto Cars News Mercedes Benz F 100 From 1991 Was Ahead Of Its Time; Featured Pioneering Systems

Mercedes-Benz F 100 from 1991 was ahead of its time; featured pioneering systems

1991 Mercedes-Benz F 100 featured pioneering technologies such as operating the phone with buttons on the steering wheel, distance control, electronic tyre pressure monitoring system, among others.
By : HT Auto Desk
| Updated on: 14 Jan 2021, 11:23 AM

The Mercedes-Benz F 100 research vehicle that was first presented to the public on 12 January 1991 at the North American International Auto Show in Detroit, US, was way ahead of its time.

The research vehicle featured pioneering technologies such as operating the phone with buttons on the steering wheel, distance control, electronic tyre pressure monitoring system as well as many attributes of networked vehicles. Various systems from the F 100 have found their way into series production of contemporary passenger cars and commercial vehicles. 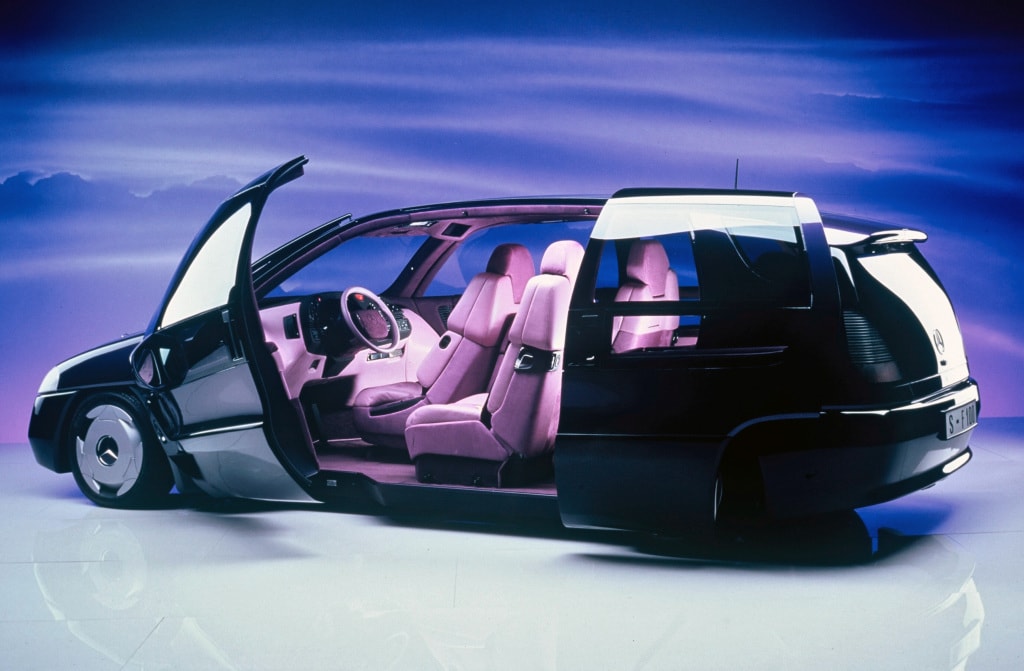 The vehicle also boasts of various safety features based on conclusions from accident data. Inside the car, the distance between the driver and instrument panel boosts safety. Rear occupants' seats have been offset from the centre and are protected by sturdy rear wheel arches.

Much ahead of its time, the F 100 also had various attributes of networked vehicles that are found today. A central screen behind the steering wheel inside the car provides all information grouped by priorities within the driver’s field of vision. Electronics components such as distance control, Active Blind Spot Assist and the reversing camera, provide data and images for a safe journey. This three-decade old vehicle also had automatic lane keeping. 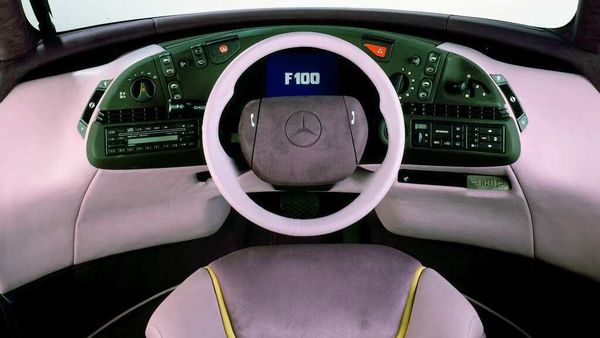 Interior of the F 100 research vehicle

The F 100 today is an exhibit of the Mercedes-Benz Museum in Stuttgart.