Mercedes-Benz GLE 300d review: When bulk is bold and beautiful 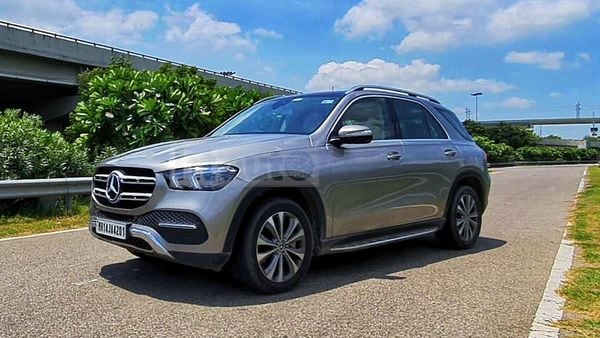 Standing on its own, the GLE has quite a strong visual presence on roads. (HTAuto/Sabyasachi Dasgupta)

The Mercedes-Benz GLE has been a stellar performer for the German auto giant in several markets for several years, including here in India. There is really no surprise then that it has enjoyed a place of prominence among the SUV offerings and slots itself really well among its own siblings in the Mercedes garage. Strikingly muscular looks, reassuring drive and an indulgent cabin have been its hallmarks and these are the three pillars that Mercedes sought to build on in the 2020 edition of the GLE. I got my hands behind the steering of the 2020 GLE 300d recently to once again check out if it builds on entrenched strengths and comes out even better.

Launched in India late January, the 2020 GLE put a whole lot of weight - of expectation - on its broad shoulders. How does one take a successful model and make it even more successful? It is a question Mercedes has time and again answered with resounding success. To look at, at the very least, the 2020 GLE once again hits the bulls-eye. 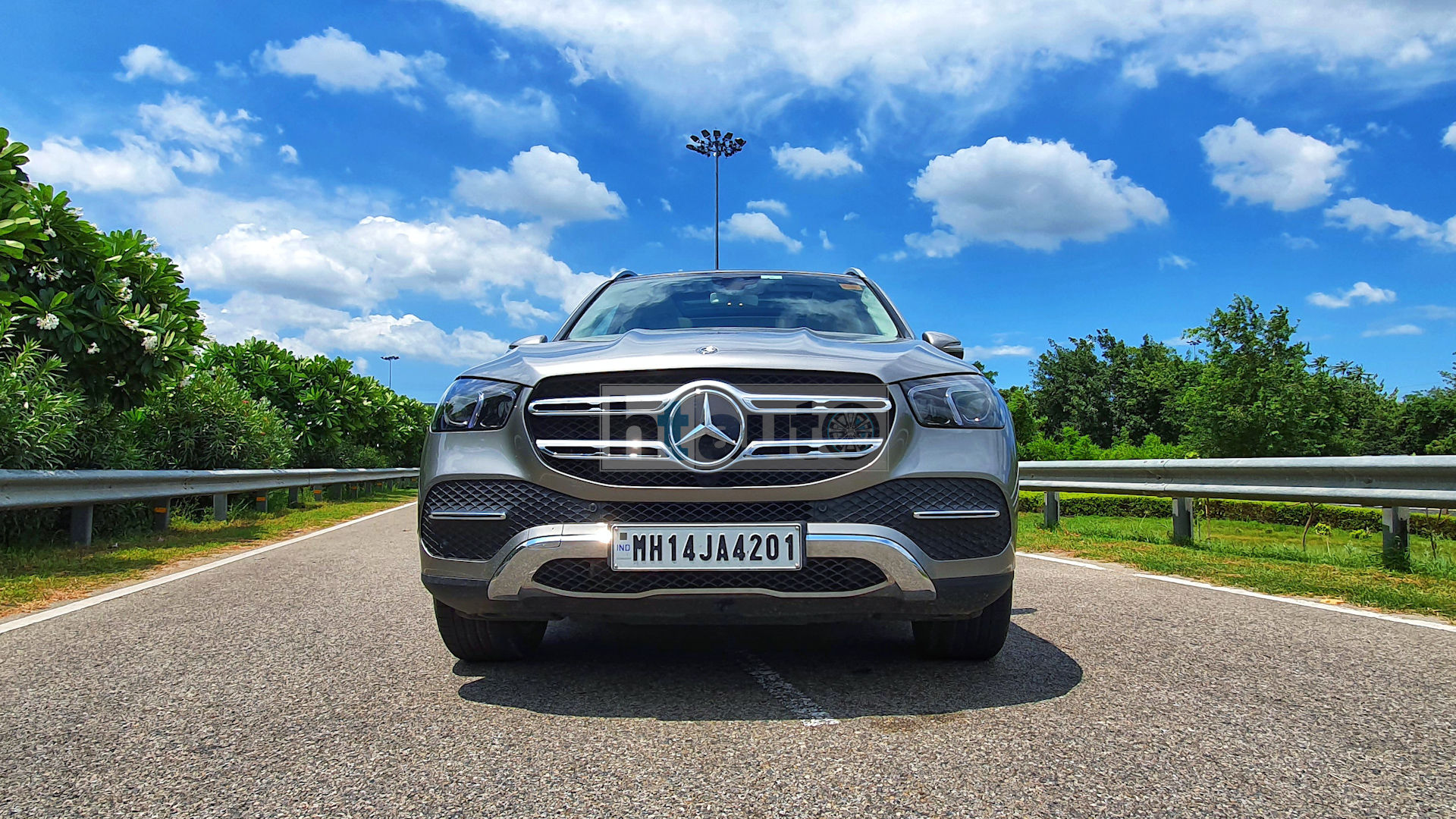 The GLE 300d benefits from a front face that is as imposing as ever. (HTAuto/Sabyasachi Dasgupta)

Whenever I look at a Mercedes SUV, the thought that this is how SUVs were always meant to look echoes through my mind. There is no design guideline entrenched in stone but a butch appeal is what purists would find the most attractive on an SUV. And that is the form factor the new GLE continues to exemplify.

The mammoth two-slat grille with the iconic tri-star Mercedes logo is quite a statement-maker in its own right but the smart-looking LED headlight with LED DRLs really bring out the muscular appeal of the vehicle. The big bumper with its sport air dams only add to the visual appeal.

All of that appeal continues over at the side as well with those large 19-inch alloys making the GLE 300d stand tall and handsome. The wheel arches are sufficiently large while the forward-facing C-pillar has been retained in the 2020 version. The windows are large while the large tail lights complete a smart design that isn't extravagant and yet commands attention. 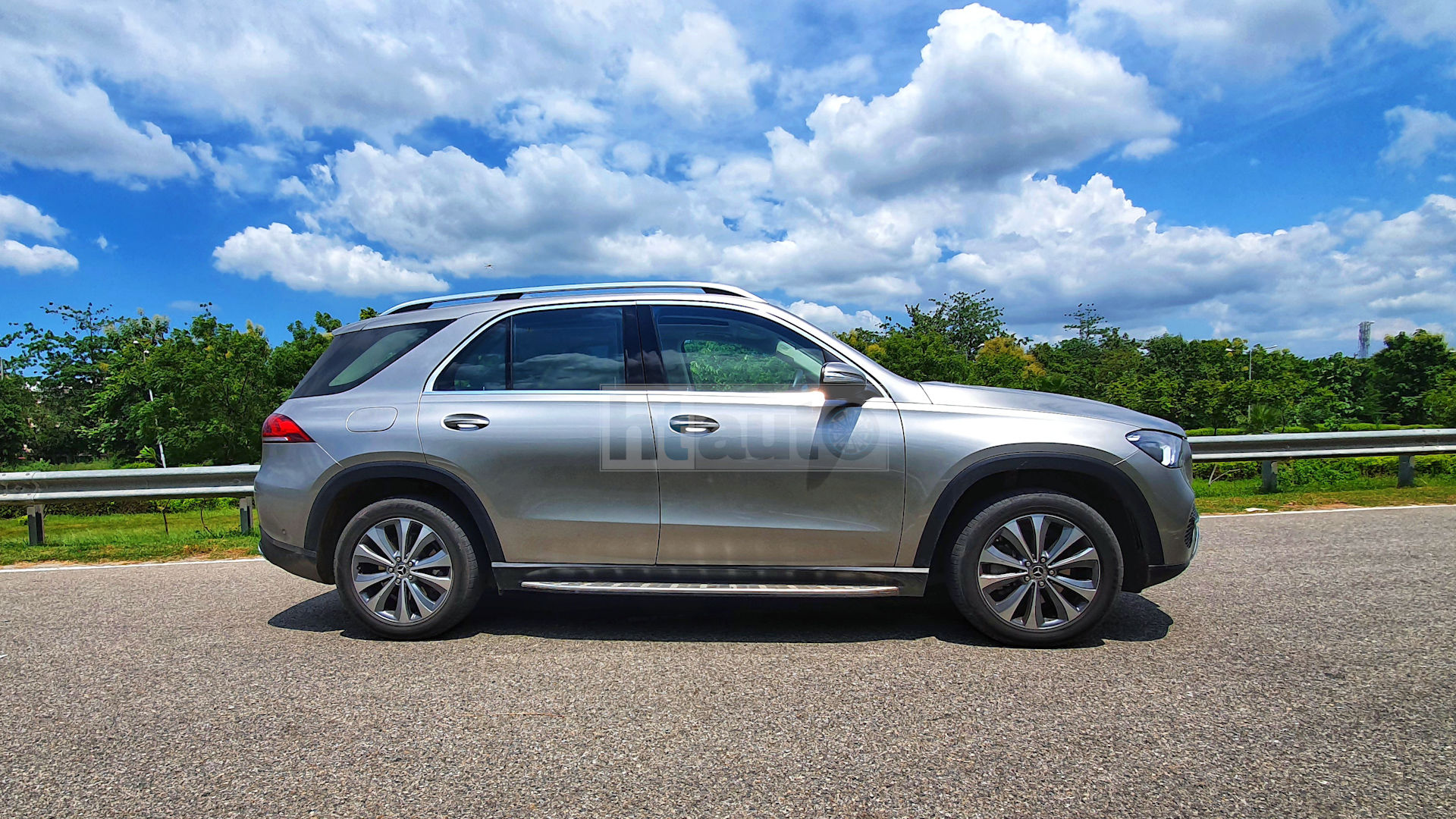 In terms of dimensions, the new GLE is longer and wider, with a massive boot and a clean rear profile. 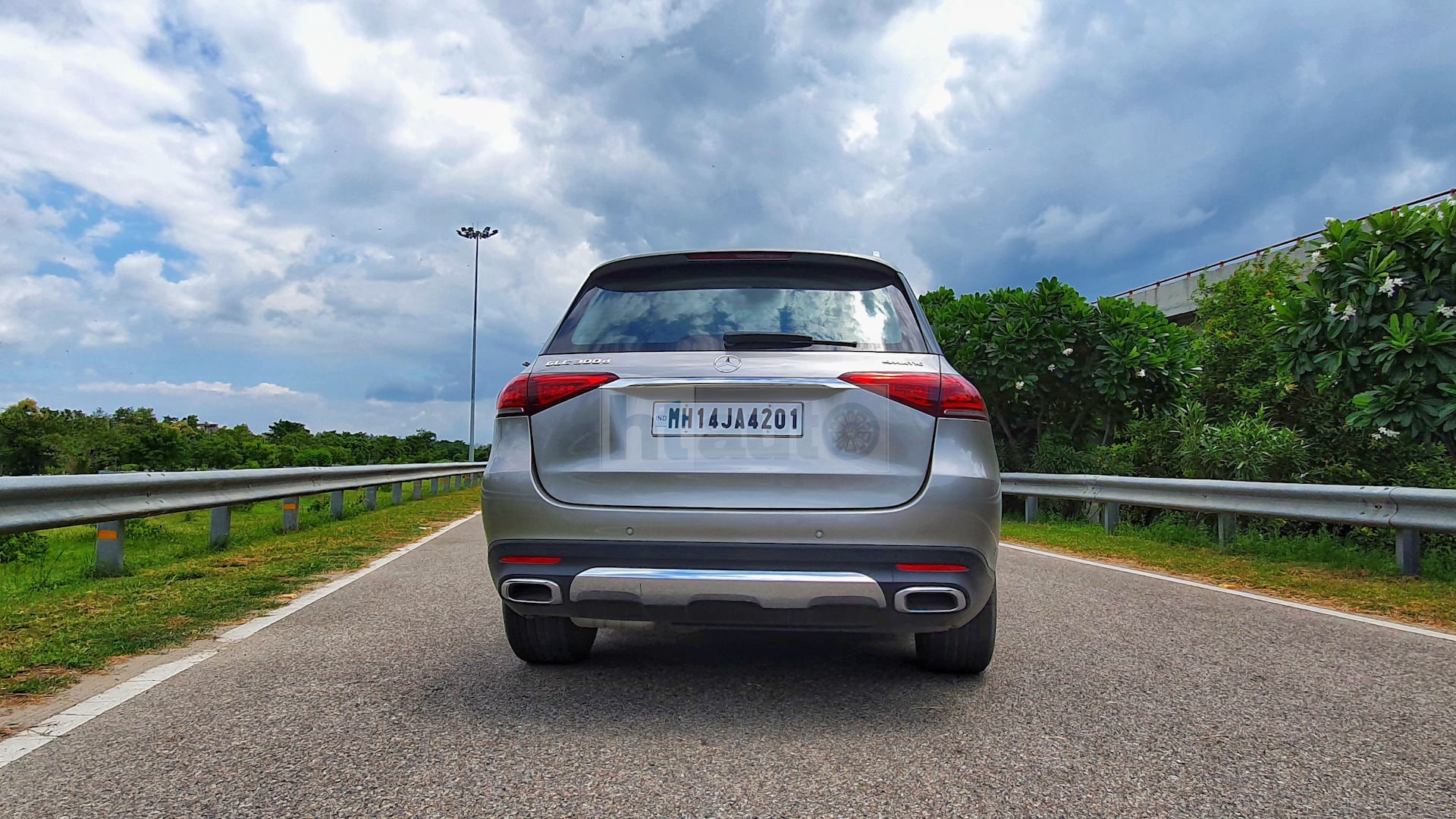 The GLE300d is an absolute masterpiece on the inside - leather, plastics and faux-wood materials brush against each other in confident strokes to give occupants an almost renaissance-era like charm and yet it is clearly every bit as contemporary as it can get. 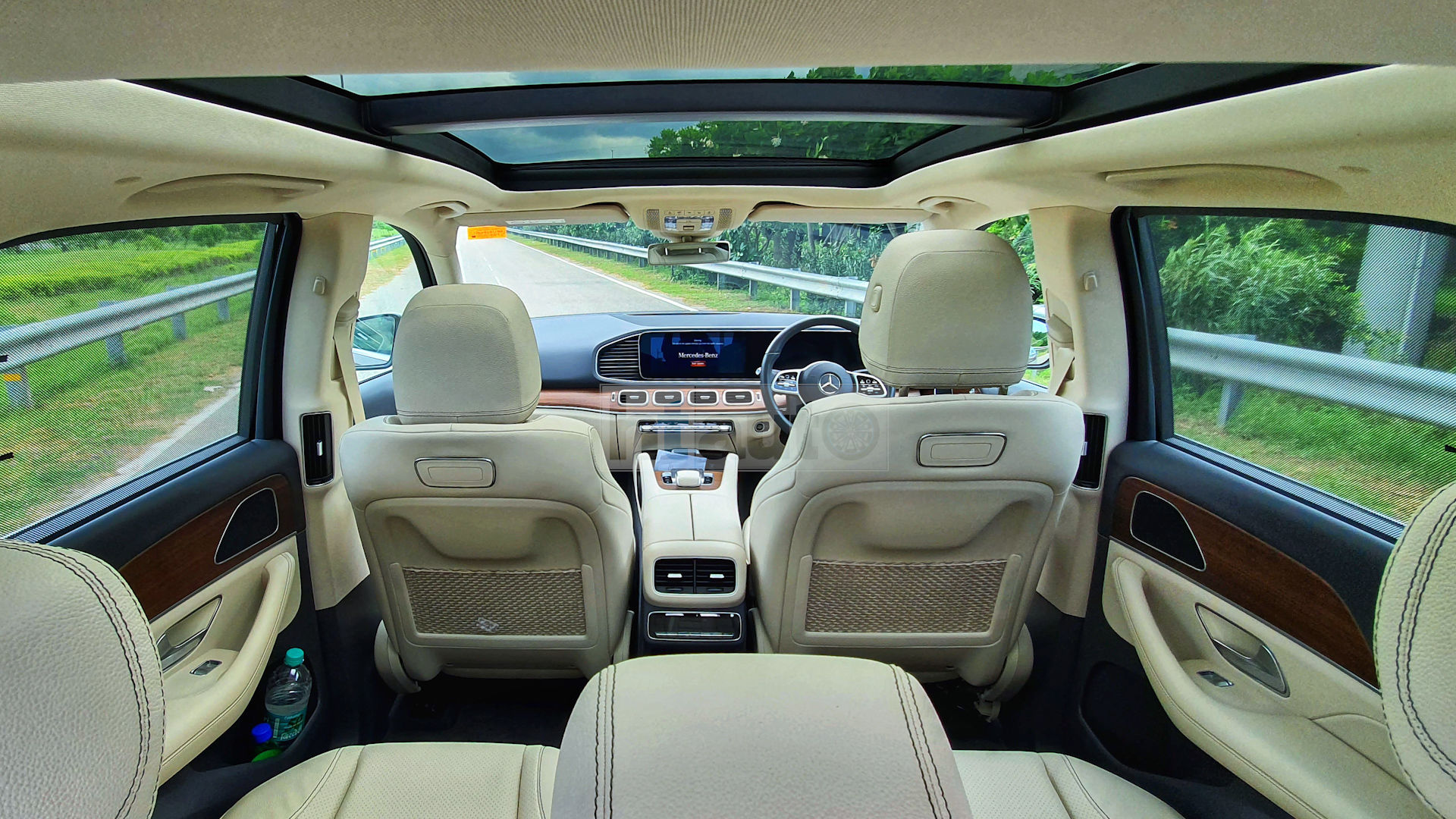 The large, clean and sophisticated cabin of the GLE 300d makes driving this or being driven in this SUV a luxurious experience. (HTAuto/Sabyasachi Dasgupta)

It is important to point out here that the GLE 400d - the elder brother, is even better with more features but at a higher price point. But even though the 300d misses out on luxuries like massage functionality, ventilated seats and more, it still holds its own ground the best way it can.

With air vents galore and four-zone climate control, the SUV manages to keep a cool profile on the inside and the massive infotainment screen on the dash promises to ensure a connected and entertained drive - with MBUX voice assistant, of course. All controls can either be managed using the trackpad on the central console or touch-sensitive buttons on the steering. These buttons, however, would take some getting used to as they didn't seem to be the most responsive when on the move. 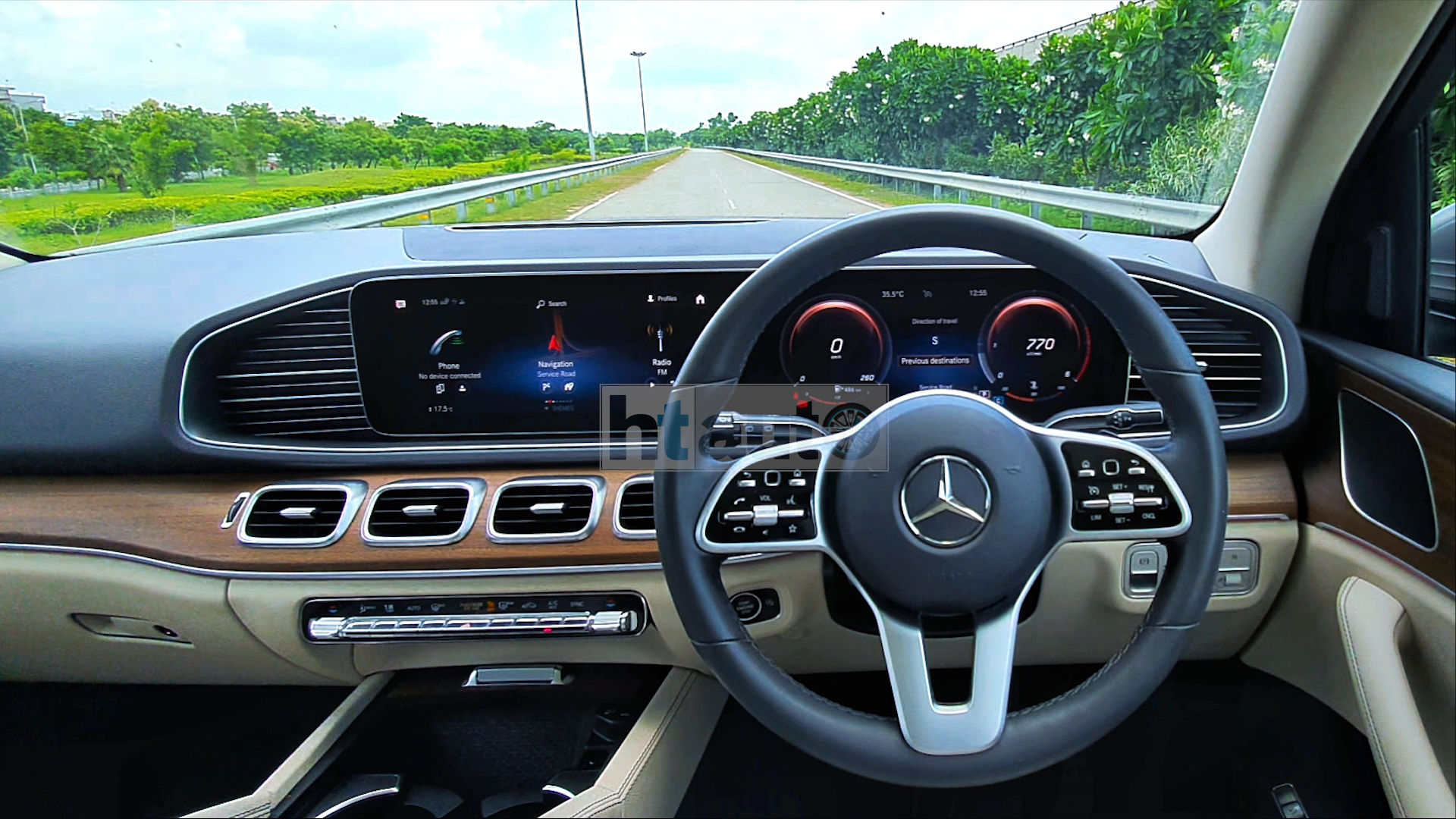 The commanding view of the road means that getting behind the steering of the GLE continues to be a controlled experience. (HTAuto/Sabyasachi Dasgupta)

The seats are plush - and they were meant to be - and because the car is targeted towards a buyer who likely has an office with a view, it also boasts of a mammoth panoramic sunroof which can be electronically controlled. Under a starry night and with the customizable ambient light set up in the GLE, it can replace most romantic restaurants in current times of social distancing.

And as is the case with Mercedes SUVs, the GLE has a whole lot of knee room, shoulder room and under-thigh support for passengers, especially those at the rear, to actually not even deserve a special mention.

The 300d is powered by a 2-litre diesel engine which may appear to be woefully inadequate to move a car of this size. After all, the 400d does get a more deserving 2.9-litre motor. But get a move on and be ready to be pleasantly surprised at how well the younger brother plays the game with its smaller heart with bigger dreams. 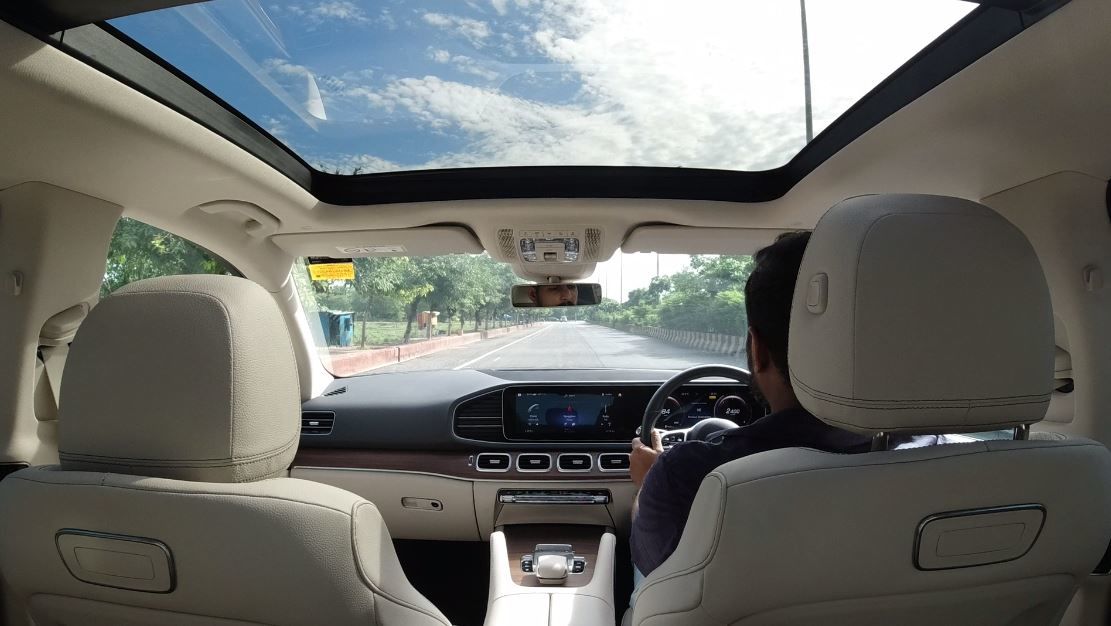 The GLE 300d may have a smaller engine than the one in the 400d but it is hardly a sloucher on the move.

Is there a rush? No. Is there a thrill? Not quite. Is there a reassuring response as the pedal is pushed to the metal? Almost. See, the 300d isn't about creating tarmac marks. It is more about offering a mature and planted drive with the capability of a confident push if and when required. The 245 bhp and 500 Nm of torque on offer is more than adequate for almost everyone except the most adrenaline-seeking driving enthusiast.

What further bolsters the case of GLE 300d is a silky smooth 9G-Tronic automatic unit which pushes itself up or down effortlessly - both in city as well as highway conditions.

And on paper, Mercedes claims that the SUV can hit 100 kmph in just over seven seconds but quite frankly, I didn't feel the need to flip out a stopwatch to test it. In regular driving conditions, the 300d appeared capable of that sprint if required and that ought to be good enough.

Additionally, 300d's 4MATIC AWD system makes the SUV a capable machine on a wide variety of terrain and the well-appointed suspension unit is able to negotiate most on-road challenges with perfect poise.

Sum of all words 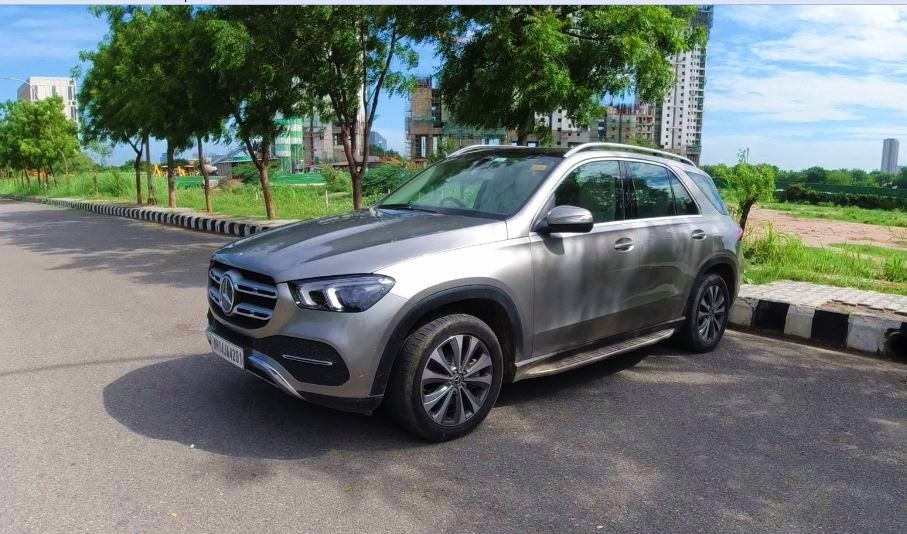 The massive space on the inside, the road presence on the outside and a capable drive makes GLE 300d quite a complete package.

Instead, the SUV's claim to fame is a solid design language, an opulent cabin and a very refined drive/being driven experience that helps it boast big without, well, seeking to do so.