Toyota is likely to name its Vitara Brezza version as 'Urban Cruiser' in India.The 2020 Maruti Vitara Brezza was launched earlier this year at a starting price of ₹7.34 lakhs.
By : Sabyasachi Dasgupta
| Updated on: 14 May 2020, 07:32 AM 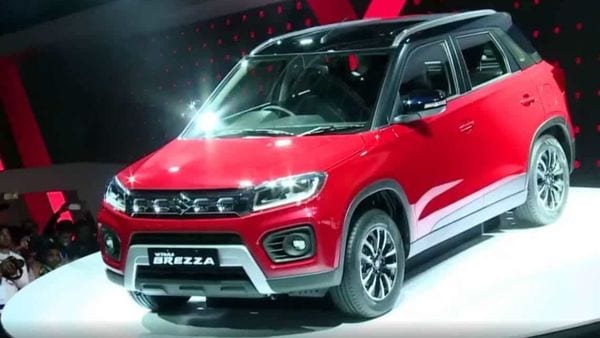 Maruti has officially allowed Toyota Motor to launch its own version of Vitara Brezza SUV.

Toyota Motor is all set to launch its first compact SUV in India after Maruti Suzuki has officially approved supply of a derivative of compact SUV Vitara Brezza to the company which will then sell the vehicle under its own brand name.

During the Q4 results announcements, Maruti Suzuki approved the supply which will result in incremental sales for the company.

In March 2018, Toyota and Suzuki had concluded a basic agreement for supplying hybrid and other vehicles to each other in the Indian market. As per the agreement, Suzuki were to supply premium hatchback Baleno and Vitara Brezza to Toyota, while Toyota had to provide Corolla sedan to Suzuki.

According to reports, Toyota is expected to rebadge Vitara Brezza as Urban Cruiser for the Indian markets. The Toyota version of Vitara Brezza is expected to be launched in August. However, the ongoing lockdown due to the coronavirus crisis can push back the dates further. Toyota has not revealed much details about its first compact SUV for India. If one considers the differences between the Maruti Baleno and Toyota Glanza, one can expect minimum external changes in the SUV too.

The 2020 Maruti Vitara Brezza was launched earlier this year at a starting price of ₹7.34 lakhs. The Brezza was first launched in India back in 2016 and managed to propel itself to the top of sales charts courtesy its SUV-ish looks.

The new Brezza, showcased at Auto Expo 2020 earlier in February, gets a 1.5-litre Smart Hybrid Vehicle (SHVS) petrol engine which has been borrowed from the Ciaz sedan. It is mated to a five-speed manual and a four-speed AGS transmission. The compact SUV has peak power of 103 bhp and peak torque of 138 Nm.

Toyota and Suzuki had executed a memorandum of understanding on February 6, 2017 to begin concrete examination towards realisation of business partnership in areas including environmental technologies, safety technologies, information technologies, and mutual supply of products and components.