On Tuesday, Maruti opened bookings for the new generation Celerio, which it claims to be the ‘most fuel efficient petrol car’ in India. Maruti will launch the new Celerio on November 10.
By : HT Auto Desk
| Updated on: 03 Nov 2021, 09:26 AM 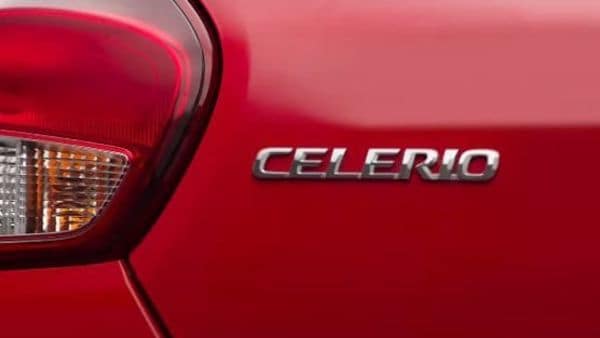 Maruti Suzuki Celerio promises to have a host of updates to renew its fight in the small car segment.

Maruti Celerio is all set to return in its new generation avatar on November 10. But ahead of the official debut, there are several information about the 2021 Celerio that have been ‘leaked’ online giving an idea what the new model will offer in terms of variants, features, specifications and more.

On Tuesday, Maruti opened bookings for the new generation Celerio, which it claims to be the ‘most fuel efficient petrol car’ in India. The entry-level hatchback, which has been one of the most popular offering for India's largest carmaker in the past, is now up for grabs for a booking amount of ₹11,000.

The 2021 Maruti Celerio has started arriving at dealerships ahead of its launch in a few days time. Glimpses of the car as well as images shared by the carmaker in form of teasers hint at as many as six colour options for Celerio. Besides the red and blue colour scheme, there are white, silver, grey and brown colour options too.

2021 Celerio is likely to be offered in four trims with as many as seven variants to choose from. The new generation Celerio will come with both manual and automatic transmission options. Under the hood, Maruti is likely to use the 1.0-litre K10C Dual jet VVT petrol engine.

Maruti claims that it will offer the best mileage that any petrol car in India has on offer till date. The Manesar-based carmaker has been renowned for its fuel-efficient cars over the years. At a time when petrol price has shot through the roof, some of the most fuel-efficient cars running on petrol are still offered by Maruti. Notably, Maruti's Swift and Baleno premium hatchbacks return a mileage of nearly 24 kmpl. However, it remains to be seen if Celerio will have a certified mileage exceeding that.

2021 Maruti Celerio is also likely to offer features like a touchscreen infotainment screen which is used in all its new generation cars. The infotainment system will be compatible with Apple CarPlay and Android Auto. There will also be push start/stop button with idle start/stop option to enhance fuel efficiency. A teaser video released by Maruti also shows a semi-digital instrument cluster and a multi-spoke steering wheel as well.

When launched, 2021 Maruti Celerio take on rivals like the Hyundai Santro and Tata Tiago in the entry-level hatchback segment. Expect the pricing of the new Celerio to start above ₹4.50-lakh mark. The previous generation Celerio was offered at a starting price of ₹4.66 lakh (ex-showroom) and went up to ₹6 lakh (ex-showroom).