Mahindra Thar SUV is set to become costlier from December 1 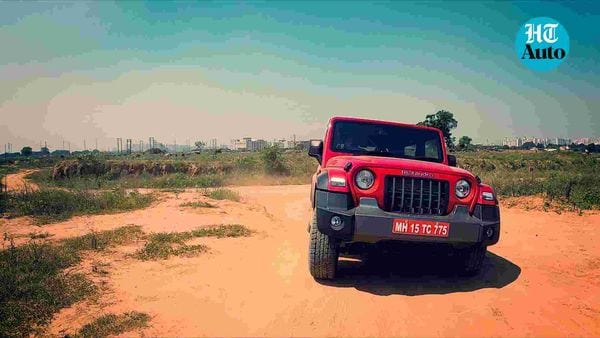 2020 Mahindra Thar is set to become costlier from December 1.

Mahindra and Mahindra is all set to revise price of Thar SUV from December 1. The introductory price, at which the Mahindra Thar SUV was launched two months ago, will end tonight.

The carmaker received huge response since the iconic off-roader was launched on October 2. It clocked more than 20,000 bookings in the first month itself. The bookings for some of the lower-spec AX Std and AX variants have been stopped till May next year. Currently, buyers of Mahindra Thar SUV are facing more than seven months of waiting period.

Recently, one of the customers who has booked a Thar SUV, raised the issue on social media. He said that it is a disappointment to wait so long for an SUV that has already been booked.

The user also asked Mahindra Group chairman Anand Mahindra whether production of Thar SUVs can be increased to meet the demand. Mahindra replied, “Working round the clock to raise output."

Working round the clock to raise output... https://t.co/YkDHTtYWnG

In an effort to cut down on the long waiting period, Mahindra has decided to ramp up production of the new Thar SUV from 2,000 to 3,000 units per month from January next year.