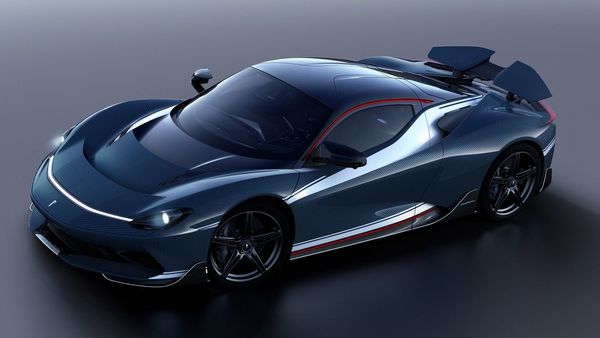 This Pininfarina Battista is set to enter production in early 2022.

Mahindra is known for its ambitious projects. The carmaker was among the first Indian automobile OEM to enter EV space. The homegrown auto major tried its hand in bringing world-class models in the domestic market by joining hands with Renault and Ford. Now, Mahindra is aiming to bring an electric hypercar as the next step to take the game one notch up.

The famous automotive coachbuilder turned automaker unveiled the 1,900 hp electric hypercar Battista back in 2019. This Ev grabbed everyone's attention around the world. The Pininfarina Battista is claimed capable of running at a top speed of 350 kmph. Also, it is capable of running 500 km on a single charge.

Pininfarina Battista was originally planned for production in 2020. However, the pandemic and related challenges have delayed production. Now, Automobili Pininfarina is reportedly aiming to start production of this electric hypercar in early 2022. The car will be built in a limited number of 150 units.

The automaker claimed that Battista gets a 120 kWh capacity lithium-ion battery pack containing 6,960 cells. The auto company claimed that 97 per cent of this power or 116 kWh will be usable. The battery pack sends power to four electric motors, each powering one wheel.

Pininfarina reportedly said the production-ready Battista cars are currently being tested on roads and tracks in North America and Europe. Also, the company has reportedly sold out all the five limited production Battista Anniversario edition models.