'Made in India' Mercedes S-Class to make debut tomorrow

Mercedes-Benz has teased the locally manufactured S-Class ultra luxury sedan a day before the launch, hinting that there will be certain changes in the cabin.
By : HT Auto Desk
| Written By : Sabyasachi Dasgupta
| Updated on: 06 Oct 2021, 03:58 PM 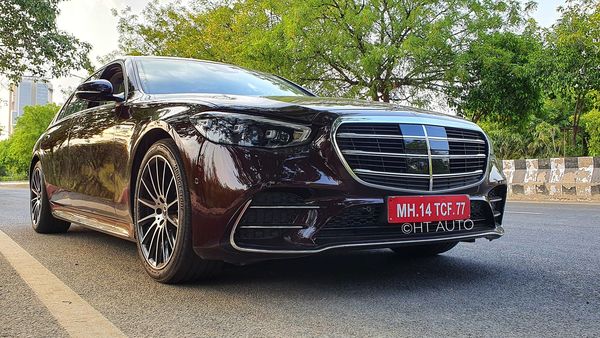 Mercedes-Benz will introduce the Made in India version of its flagship S-Class ultra luxury sedan on October 7.

In a big show of intent to place India high on its list of priorities, Mercedes-Benz will introduce its flagship ultra luxury sedan S-Class, locally manufactured, tomorrow. The German auto giant had revealed that it will come with an India-made version of the sedan which is considered to be one of the best cars in the world.

Mercedes-Benz had earlier launched the S-Class in India at ₹2.17 crore (ex-showroom). It is offered in two variants, which include the S 400d and 450 4MATIC. Only 150 units were brought to India via the CBU route, and all of them were booked soon after the official launch.

Mercedes S-Class is being manufactured at the carmaker's Chakan plant near Pune in Maharashtra. The Made-in-India S-Class will have certain changes than the CBU model. Mercedes teased the locally made S-Class saying that there will be ‘fresh new interiors combined with the best-in-class technology’. However, the carmaker will share the details on these changes when it introduces the car on Thursday.

Some of the key highlights of the S-Class interior includes the massive 12.8-inch main infotainment system with an OLED display. It comes in portrait alignment along with a 12.3-inch 3D driver display. The dual-screen gives a wide visual experience. There are also massage functionalities for all four occupants, individual screens for rear passengers compatible even with firesticks for a home-theatre-like experience on the go, ambient light that also sync with the mood and music one prefers to listen and much more.

The MBUX gets 320 GB internal storage and 16 GB RAM as well, which means the owner of the vehicle can actually keep multiple movies stored in the car's infotainment system. It also gets Over-The-Air or OTA software update facility as well.

Stylish exteriors with fresh new interiors combined with the best-in-class technology. All of this, made in India. The new epitome of luxury is headed your way. Stay tuned. #NewSClass pic.twitter.com/ChL9dgNRwE

There is unlikely to be any changes as far as the exterior design or the engine under the hood of the sedan. The Made-in-India S-Class will continue to be powered by the six-cylinder petrol and diesel engines that are capable of producing output between 330 hp and 367 hp. The peak torque ranges between 500 Nm and 700 Nm. Mercedes S-Class sedan comes with a top speed of 250 kms per hour and can accelerate from zero to 100 kmph in just over five seconds.