Home Auto Cars News Kia Sonet Off To A Flying Start, Gets 6,523 Bookings On Opening Day

Kia Sonet off to a flying start, gets 6,523 bookings on opening day

Kia Sonet promises to fire up an already charged sub-compact SUV segment in India.Sonet will be Kia's third offering in India.
By : HT Auto Desk
| Updated on: 21 Aug 2020, 08:06 PM 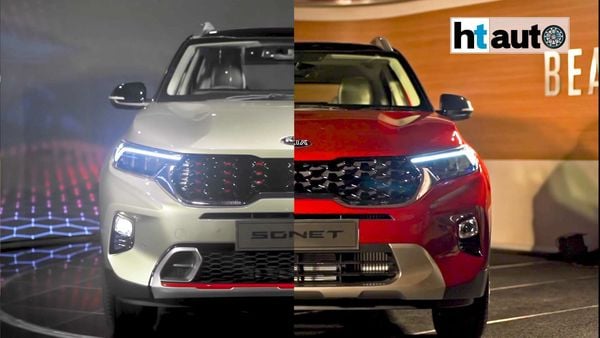 The Kia Sonet GT Line (left) and Tech Line (right) are the only two trims available for the new sub-compact SUV.

Kia Sonet has managed to get as many as 6,523 bookings on the first day that pre-launch bookings were opened on Thursday. Sonet will be launched in September and will enter a highly competitive - and highly lucrative - sub-compact SUV segment which also features cars like Maruti Suzuki Vitara Brezza, Hyundai Venue, Mahindra XUV300 and the upcoming Toyota Urban Cruiser and Nissan Magnite.

Sonet's pre-launch bookings were opened on Thursday with prospective customers asked to pay an amount of ₹25,000. Kia says the response on just the first day was overwhelming as the sub-compact SUV managed to gain a whole lot of traction. While bookings' numbers may not always actually translate to real-world sales figures, the statistic is still quite impressive considering it is for just a single day and because of current times of Covid-19-related uncertainties.

(Also read: India-made Kia Sonet to be exported to over 70 countries across the world)

Little wonder then that Kia Motors India is quite taken by the initial response. "The tremendous response to the all-new Sonet proves that there is never a bad time to launch a good product," said Kookhyun Shim, Managing Director and Chief Executive Officer, Kia Motors India. "It also shows that the faith of Indian consumers in Brand Kia has grown leaps and bounds over just one year of our operation in India."

Kia had made its India debut in August of 2019 with the Seltos, following it up with Carnival MPV. Sonet, however, is likely to carry the bulk of the company's expectations here on.

Much like the Seltos, Sonet will also be offered in both GT Line as well as Tech Line. The former will have GTX+ variant on offer while Tech Line will feature HTE, HTK, HTK+, HTX and HTX+.

The GT Line seeks to give the car a more sporty visual appeal - on the outside as well as in the cabin, and gets red colour accents on the large and imposing front grille, a red strip on the side and continuing highlights over at the rear.

The rear of the Sonet gets smart-looking tail lights which are connected with a reflector garnish. This lends the car a wider visual profile, ably complimented with a sporty dual muffler design and diffuser fin rear skid plate. 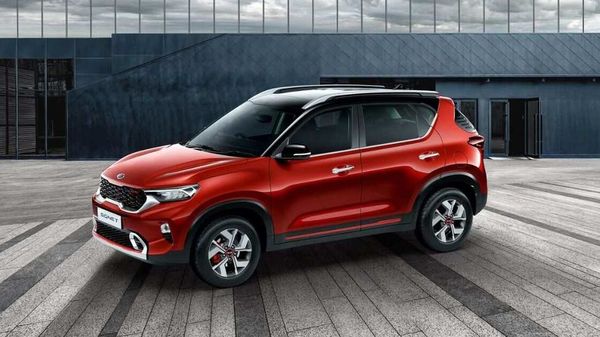 Sonet will get two petrol engine options – the refined Smartstream 1.2 and the performance-oriented 1.0-litre Turbo GDi. There will also be a diesel engine option. There are also options to choose a 5-speed manual, a 6-speed manual, a 6-speed automatic, and a 7-speed DCT. A clucthless transmission option will be available although Venue from Hyundai has already introduced this.

On the inside, Sonet boasts of several segment-first features and brags of being a tech-loaded car. It coms with Bose seven-speaker system with sub-woofer and LED Sound Mood Lamps, a 10.25-inch HD infotainment screen, UVO connectivity options, wireless smartphone charger with cooling function, ventilated driver and front passenger seats, air purifier, among others.

Sonet, therefore, is aiming big and if early signs are anything to go by, could carve a huge niche for itself in its segment.