Kia says India will serve as a core manufacturing hub for the Sonet.Kia Sonet is currently being produced only in India - at the company's production facility at Anantapur, Andhra Pradesh.
By : Prashant Singh
| Updated on: 20 Aug 2020, 02:13 PM 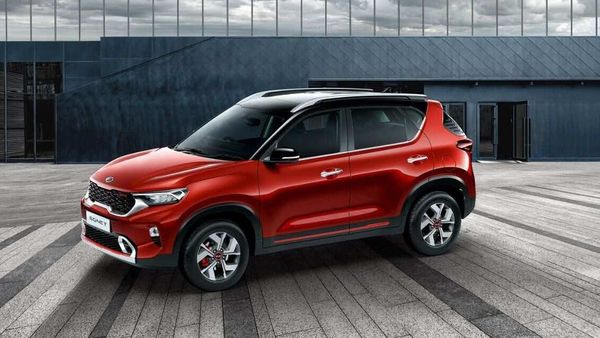 Kia Motors India on Wednesday announced that it is officially starting the pre-launch bookings for the upcoming Sonet subcompact SUV from today (Thursday August 20) at an initial amount of ₹25,000.

The Indian subsidiary of the South Korean automaker has also mentioned that India will serve as a core manufacturing hub for the Sonet. It is being currently manufactured only in India at the company's state-of-the-art production facility at Anantapur, Andhra Pradesh.

Following its global unveil, Sonet will be primarily cater to the market demand in the Indian domestic space but the sub-compact SUV will be exported to over 70 countries across the world as well. Kia promises that the car will be of the same build quality everywhere. "Sonet, just like the Seltos, is yet another India centric product which will be offered in global markets as well. Notably, in phase 1, the vehicle is being manufactured only in India and offered to Indian customers first followed by export to over 70 markets including Middle-East and Africa, Latin America and Asia," Kia Motors India mentioned in a press release sent on Wednesday.

It is clear that Kia is implementing a similar strategy as it did with the Seltos. Much like the latter, even Sonet will be introduced in two versions: GT Line as well as Tech Line. Here are the differentiating factors between both the models.

Following its global debut on August 7, Sonet's cabin and features have largely found favour . On the other hand, the international media has tagged Sonet as a 'forbidden fruit'. A number of global reports put out positive first impressions for the Sonet but also highlight that its relatively smaller proportions may not be attractive enough for some markets such as the US where SUV-buying customers tend to prefer much larger cars like Kia's own Telluride.