Urban Cruiser sub-compact SUV will be Toyota's second spin-off of a Maruti Suzuki car, the first being the Baleno hatchback which has been rebranded and marketed by the Japanese carmaker as Glanza.
By : HT Auto Desk
| Updated on: 21 Aug 2020, 12:09 PM 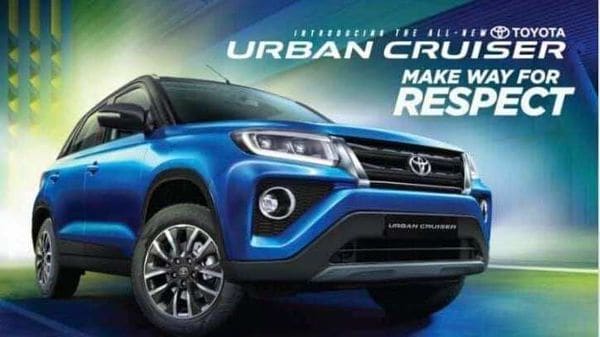 Toyota is looking at entering and gaining a chunk of the share in the lucrative sub-compact SUV segment.

The Urban Cruiser is the next and eagerly-awaited launch from Toyota Kirloskar Motor (TKM) in India and while the sub-compact SUV based on Maruti Suzuki Vitara Brezza is not expected to go on sale before late September, the brochure revealing significant details about the vehicle have now been leaked. And the details should that while it is clearly based on the Brezza, it gets certain unique elements in a bid to create a distinct appeal.

Urban Cruiser sub-compact SUV will be Toyota's second spin-off of a Maruti Suzuki car, the first being the Baleno hatchback which has been rebranded and marketed by the Japanese carmaker as Glanza.

The leaked brochure reveals that the Urban Cruiser will have a slightly different face than that of the Brezza with the focus apparently on giving it a more aggressive appeal. The face is appears more pronounced and the grille gets two wide horizontal slats while the bumper gets sizable faux air vents. The head lights, however, appear identical to the one found on the Brezza. 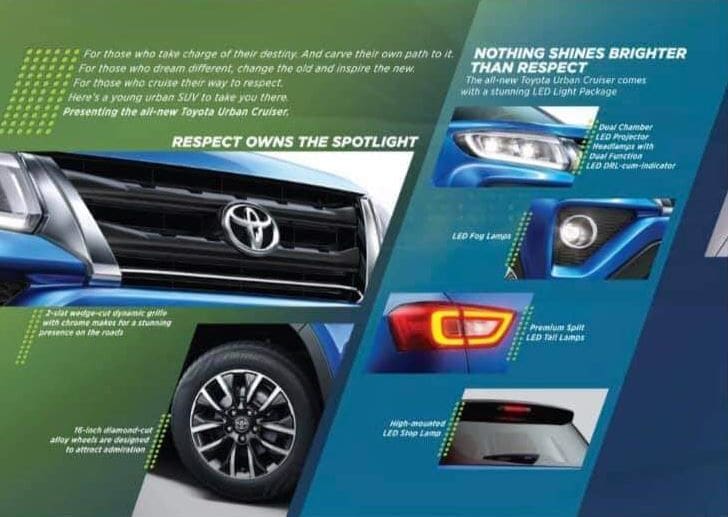 The exterior highlights of Urban Cruiser.

The similarity appears to continue over to the indicator-mounted side mirrors and the LED tail lights and a stop light-mounted roof spoiler. Even the alloys on the 16-inch wheels appear identical.

On the inside, the similarities only become stronger as the brochure shows a basic but clean dash profile with an integrated infotainment screen. The Urban Cruiser, however, gets dual-tone dark brown hues - something that the company had already confirmed. Storage options seem adequate while there is also a foldable armrest for passengers at the rear. 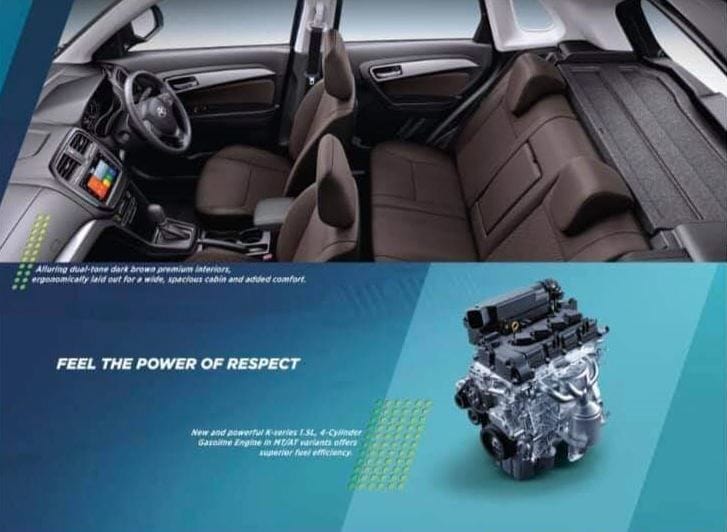 The cabin of Toyota Urban Cruiser.

That Urban Cruiser will get 1.5-litre petrol engine under the hood has also been previously confirmed and the automatic variant will have Li-ion battery which would allow for features such as torque assist, regenerative braking and idle start/stop. The brochure however confirms that the car will be offered in six monotone and three dual-tone colour options. 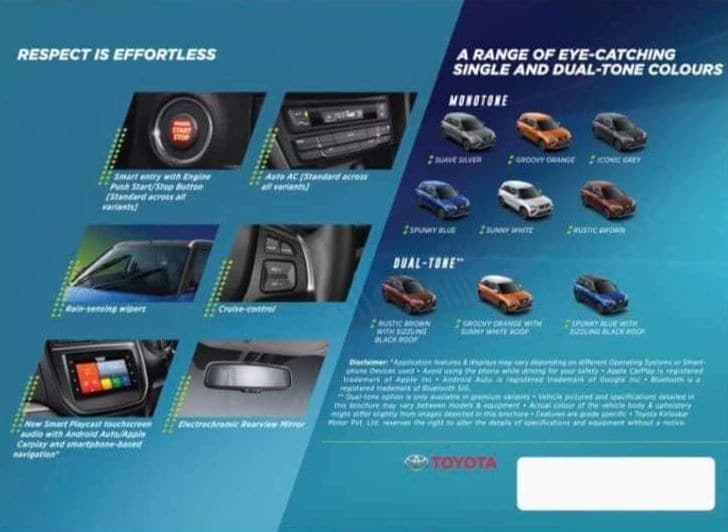 Urban Cruiser will be positioned as a slightly more premium offering than Brezza.

Expect Toyota to price the Urban Cruiser slightly above the Brezza from Maruti because it would seek to position itself as being slightly more premium. Bookings for the car start from tomorrow (Saturday, August 22) at a token amount of ₹11,000.