Urban Cruiser, Toyota's take on Brezza, to get Li-ion battery for efficiency

Urban Cruiser will feature both manual as well as auto transmission but it is the automatic which will get the Li-ion battery for enhanced fuel efficiency.
By : HT Auto Desk
| Updated on: 20 Aug 2020, 02:46 PM 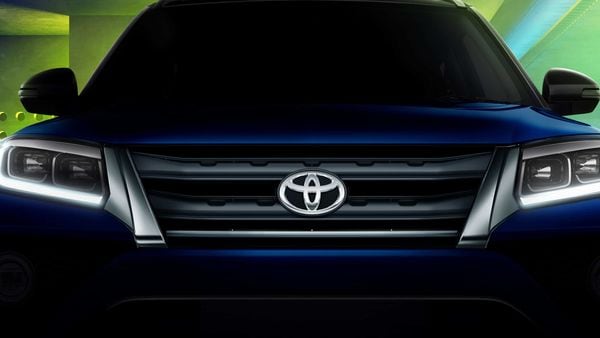 Toyota Kirloskar Motor is betting big on Urban Cruiser, its version of Maruti Suzuki Vitara Brezza, and has confirmed that the compact SUV will feature advanced Li-ion battery with Integrated Starter Generator (ISG) for enhanced fuel efficiency, in auto transmission variants. Bookings for the car are scheduled to start from August 22 and while it is expected to strongly resemble the Brezza, Urban Cruiser will seek to carve a niche for itself.

In March 2018, Toyota Motor Corp and Suzuki Motor Corp (SMC) had shook hands for exchanging hybrid and other vehicles in the Indian market. Urban Cruiser will be the second vehicle - after Glanza - to be taken from SMC under this arrangement.

Urban Cruiser will feature both manual as well as auto transmission but it is the automatic which will get the Li-ion battery which would allow for features such as torque assist, regenerative braking and idle start/stop. This is expected to give the automatic variant of Urban Cruiser better fuel efficiency although the mileage figures have not yet been officially revealed.

Urban Cruiser is also expected to make a statement courtesy its looks and will get a two-slat wedge cut dynamic grille with chrome and a trapezoidal fog area. Flanking the front face are dual-chamber LED projector head lights with dual-function LED DRLs with indicators integrated. Prospective buyers will have the option of choosing 16-inch diamond-cut alloys while under the hood, there will be the familiar K-Series 1.5 litre four-cylinder petrol engine.

The cabin will be adorned in dual-tone dark brown hues and will get a host of features like engine push start/stop button, auto AC, rain-sensing wipers, Smart Playcast touchscreen audio with Android Auto/Apple Carplay and smartphone-based navigation, among others.

Toyota is confident that Urban Cruiser will be able to snatch a chunk of the very lucrative compact SUV pie in the Indian market. "The Toyota Urban Cruiser will offer everything that the young customers look for and also extend to them the joy of owning a Toyota brand with a host of value added services," said Naveen Soni, Senior Vice President, Sales and Services, TKM.

As previously mentioned, bookings will be opened on August 22 - Saturday and prospective buyers will have to pay ₹11,000 for it at this time.