Jeep has said it will mark five years of its flagship Compass SUV's launch in India with the new and limited edition of the SUV soon.
By : HT Auto Desk
| Updated on: 05 Aug 2022, 09:16 AM 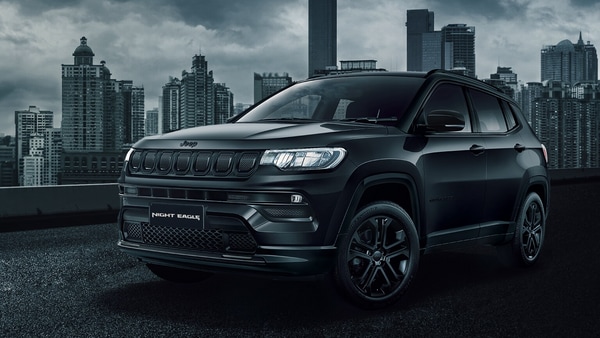 Jeep Compass is all set to get a new member in the family in the form of a special fifth-anniversary limited edition.

Jeep India is gearing up to celebrate the fifth launch anniversary of Compass, its first mid-size SUV in the country. The carmaker will mark the occasion with a new edition of the SUV. The Jeep Compass fifth-anniversary edition, which will be launched soon, will be sold in limited numbers. The carmaker has teased the special edition of the Compass SUV, saying it will bear the fifth anniversary logo to make it stand out in the family of Compass SUVs in India.

Jeep had launched the first of the Compass SUVs in India back in August, 2017. The SUV rivals the likes of Hyundai Tucson, Mahindra XUV700, and the high-end trims of Tata Safari and MG Hector Plus. The Compass SUV was updated last year. Jeep also launched a special all-black Night Eagle trim in April this year at a price of ₹21.95 lakh (ex-showroom).

The special fifth-anniversary edition of the Compass SUV is likely to get all the features offered on the Black Eagle edition. The SUV is expected to get the 2.0-litre, four-cylinder multijet turbo diesel engine, which comes mated to a six-speed manual transmission or a nine-speed automatic gearbox.

Jeep offers Compass SUV in five trims. It is powered by two choices of powertrain. There is a 1.4-litre multiair turbo petrol engine mated to a seven-speed automatic transmission and the 2.0-litre diesel unit. The Trailhawk 4X4 model, which comes with the diesel unit mated to a nine-speed automatic transmission, can generate maximum output of 168 bhp and 350 Nm of peak torque.