Jaguar Land Rover cars to get Nvidia software from 2025

Jaguar and Land Rover are aiming to ramp up their technological prowess with this association with Nvidia.
By : HT Auto Desk
| Updated on: 16 Feb 2022, 08:57 PM 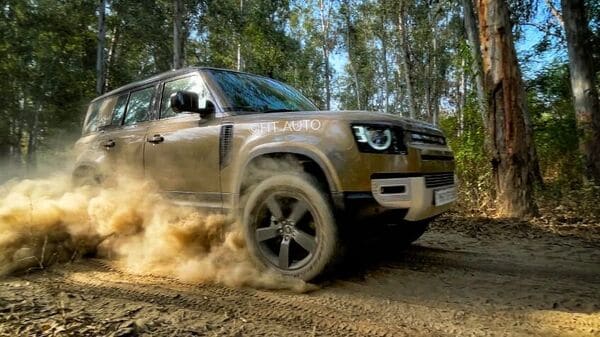 Future Jaguar and Land Rover cars will get Nvidia chips and technology.

Tata Group-owned British luxury car marquee Jaguar Land Rover on Wednesday has announced that its future cars will get Nvidia chips and software from 2025 onwards. The carmaker previously tied up with Alphabet Inc's Waymo to deploy autonomous driving technology for its Jaguar I-Pace electric SUV. The Nvidia alliance will cover all Jaguar and Land Rover vehicles that will be launched from 2025.

(Also Read: Tesla has to buy $500 mln of local parts in India to get import tax cut: Report)

The deal comes as a high-profile win for Nvidia Corp's effort to expand its reach in the auto industry. The company has been so far working in gaming, artificial intelligence and high-powered chips and software used in servers.

Jaguar and Land Rover are aiming to ramp up their technological prowess with this association with Nvidia. It would assist the automaker to catch up with other rivals in the industry that have been working on the autonomous driving system and other digital technology.

Speaking about the deal, Francois Dossa, JLR's executive director for strategy, said "We can now accelerate our in-vehicle software." Jaguar Land Rover plans to develop vehicles with self-driving technology. The vehicles would be able to drive autonomously, park autonomously and provide more information and software-powered features to drivers, claimed the automaker.

New generation Jaguar and Land Rover vehicles will be upgradable through over-the-air (OTA), just like the Tesla vehicles are today. In fact, several other carmakers are currently building their cars with OTA update capability. JLR has also said that it will use Nvidia technology to power simulations used to train autonomous vehicles.

Nvidia's vice president of automotive, Danny Shapiro said that Nvidia technology will act as the brains and the nervous system of Jaguar Land Rover vehicles starting in 2025.

The tech company last month announced deals with several Chinese electric vehicle brands. The company has said that it has $8 billion in automotive business booked over the next six years.