Home Auto Cars News Tesla Has To Buy $500 Mln Of Local Parts In India To Get Import Tax Cut: Report

Tesla has to buy $500 mln of local parts in India to get import tax cut: Report 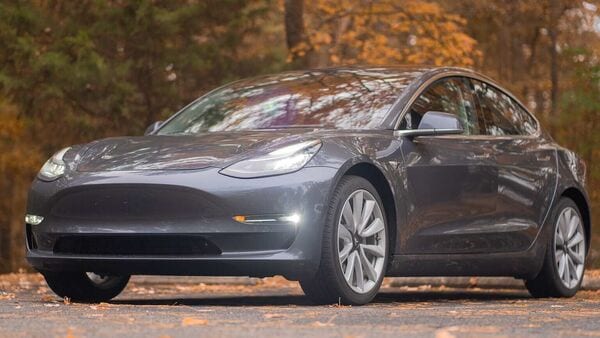 Tesla has been aiming to enter Indian market but facing hindrance due to high import tax.

Indian government wants electric car major Tesla to buy $500 million worth of local auto components in order to be eligible for an import tax cut in the country, reports Bloomberg. The report also claims that Tesla has been given the condition that it can start procuring local auto parts at a lower base.

Tesla would require to agree to ramp up Indian parts purchases by around 10 per cent to 15 per cent a year until a satisfactory level is achieved. It claims that the Indian government has formally told Tesla to ramp up domestic sourcing. However, Tesla is yet to give any response to that. Interestingly, Tesla earlier in August 2021 claimed that it sourced around $100 million worth of auto parts from India for its electric vehicles.

Despite its high interest to enter the Indian auto market, the US-based electric carmaker has been facing a bottleneck due to the high rate of import tax.

The automaker plans to first import its electric cars as completely built unit (CBU) models. However, the pricing of the CBU Tesla cars will be significantly high due to the high tax rate. Tesla has been seeking a tax cut from the government, while the Indian government is not keen to reduce tax.

Instead, the government wants Tesla to set up a manufacturing plant here and produce its electric cars in India. However, the automaker first wants to test the demand for its cars here before opting for local manufacturing.

This has created an impasse between Tesla and the Indian government on the carmaker's entry into India. Tesla CEO Elon Musk has already expressed his displeasure on the high rate of tax in India. In such a scenario, the Indian government claims to have given Tesla a condition to get an import tax cut. For that, the carmaker has to source auto components built in India.