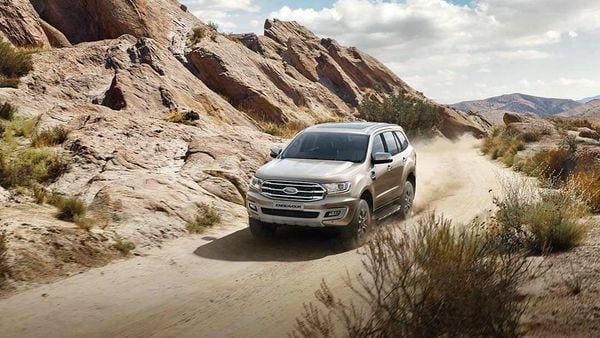 Following the footsteps of the existing 2.0-litre petrol unit, the new 2.3-litre petrol engine will be an EcoBoost turbocharged four-cylinder powertrain. It will be available with a 10-speed SelectShift automatic gearbox and not the old 6-speed SelectShift automatic unit. The 10-speed AT in question is developed by Ford and GM and is offered in the Indian-spec (2.0-litre diesel) model as well.

While the current 2.0-litre EcoBoost powerplant is known to produce 182 kW (247.45 PS) of maximum power and 360 Nm of peak torque, the new 2.3-litre EcoBoost engine churns out 202 kW (274.64 PS) of power and 455 Nm of torque. As the output figures suggests, the new engine has a significantly higher power/torque output.

In the Indian market, the Ford Endeavour is offered as a diesel-model only. While its arch rival, Toyota Fortuner is the segment's only ladder-frame SUV to be available with a petrol as well as diesel engine option.

The Chinese market is one of the few places where the Ford Endeavour comes in both petrol as well as diesel options. In China, the Fortuner rival is sold under the JV of Changan Ford Motor and Jiangling Motors. And it will be among the first few recipients of the new 2.3-litre petrol engine this month. For India, chances are less since it was updated with the new 2.0-litre diesel very recently.

The Ford Endeavour (Ford Everest) 2.3-litre will debut in China on April 25th.