Hyundai Venue all set to clock 100,000 bookings in seven months since launch

Launched in May of 2019, Venue squared off against the Vitara Brezza from Maruti Suzuki in the compact SUV segment.
By : Shubhodeep Chakravarty
| Updated on: 02 Dec 2019, 02:23 PM 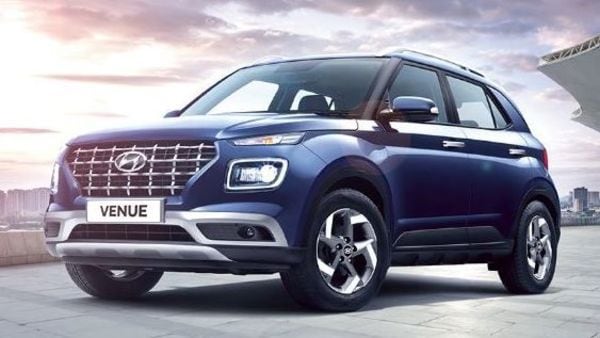 NEW DELHI : Battling past the waves of uncertainty that have been crashing against plans of the Indian automotive sector, the Venue has managed to find favour among buyers and is set to hit 100,000 bookings by the end of December, first seven months since being launched.

Launched in May of 2019, Venue squared off against the Vitara Brezza from Maruti Suzuki in the compact SUV segment. The car not only managed to undercut Brezza's price point at the introductory costs - which remain in effect till now - but also offered a plethora of comfort and convenience features to push the boundaries of the sub four-meter SUV game which also has the likes of Ford EcoSport and Tata Nexon.

Venue borrows certain styling elements from the Creta but the younger sibling has its own unique character lines. Offered in three engine options - 1.0-litre petrol, 1.2-litre petrol and 1.4-litre diesel, the Venue gets LED DRLs, cascading front grille, 16-inch alloys and is the first connected car in its segment. In fact, Hyundai boasted at the time of launch that the Venue has 33 features like SOS, panic notifications, speed alerts and road-side assistance. The higher variant also get an electric sunroof, automatic climate control, cruise control and an eight-inch infotainment system.

Offered in seven colour options, the Venue received a good response at the time of launch and has since managed to keep the sales numbers ticking despite the dismal doldrums that the entire automotive industry has had to contend with.

Hyundai is next planning to launch the Aura sedan while its blockbuster SUV Creta will get a 2020 version soon.