Creta vs Creta and other SUVs in India: Hyundai looks to change game, again

The 2020 Creta could be just the shot in the arm that Hyundai needs in the SUV segment, especially with new rivals like Kia Seltos and MG Hector providing a massive challenge.
By : Shubhodeep Chakravarty
| Updated on: 25 Nov 2019, 11:18 AM

Creta created a massive buzz when it was launched in India back in June of 2015. Not that the Indian market did not have a compact SUV segment back then with the Duster from Renault quite the champion here. Hyundai, however, brought in a car that looked ultra stylish, offered a plethora of creature comforts inside and came with a reliable petrol motor and a punchy diesel, as well as with an automatic option. Sales numbers picked up like a rocket launch, propelling the car from the Korean giants as the No. 1 selling SUV in the country.

Time waits for no one and in a rather short span of about four years, the SUV segment in India has been infused with options galore. While direct Hyundai rivals have stepped on the pedal and brought in fresh offerings, new players like Jeep, MG Motors and Kia have found favour among buyers. Although it would be quite boorish to claim that Creta has been sidelined in recent times, the car surely isn't the apex predator it once was in its segment.

Hyundai gave the Creta a facelift in 2018 and kept it relevant in the face of stiff competition. In November of 2018, 9,677 units of the vehicle were sold, falling to 7,269 units in October of 2019. While this can be attributed to a number of factors ranging from slowdown in the auto sector to new rivals, there is no doubt that the time has come for a shot in the arm.

Hyundai, therefore, is gearing up to bring in the second-generation Creta that promises to change the SUV game in India, again.

For starters, the 2020 Creta is longer and wider than the one currently on Indian roads. In fact, the new Creta is based on the Kia Seltos platform which would help it gain a stronger visual appeal.

The front of the car is where the bulk of the changes are going to be at with the 2020 Creta sporting new head lights with sleek LEDs on top. Inverted L-shaped DRLs were also seen on the recent ix 25 showcased in China (Creta is named ix 25 in China) and this could make way into the India version as well. 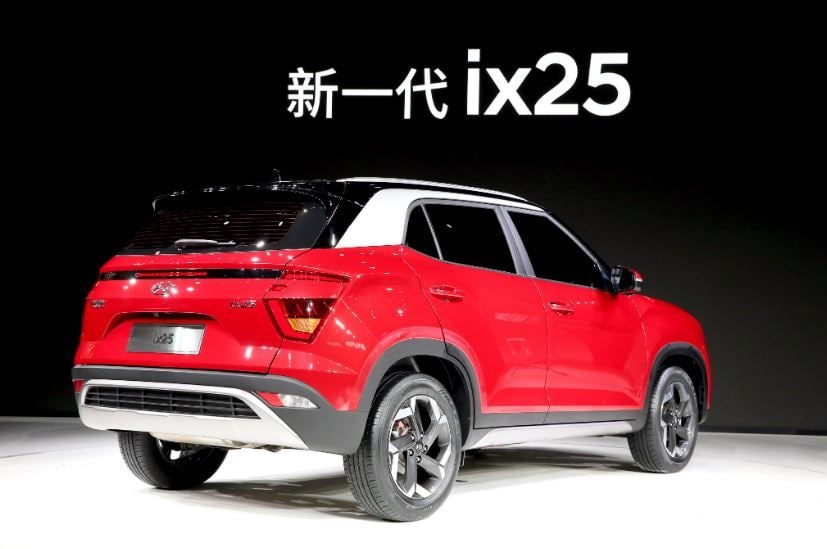 On the inside, Hyundai is expected to completely change the upholstery and give it a vertical 10.25-inch infotainment system. A number of other feature additions can be a certainty to help it take on the likes of Hector from MG Motors and Seltos from Kia.

Under the hood, the 2020 Creta will surely sport BS 6-compliant engines and a 1.5-litre petrol and diesel motors are expected. All eyes, however, would be on whether a 1.4-litre turbocharged petrol engine is also put up as a variant option.

While there have been some reports that the 2020 Creta launch could be followed by the introduction of a seven-seat version as well, the company has not made any revelations regarding this. If it does take place, however, Creta may even be able to take on bigger players like Toyota Innova Crysta, Tata Harrier seven-seater (yet-to-be-launched) etc.