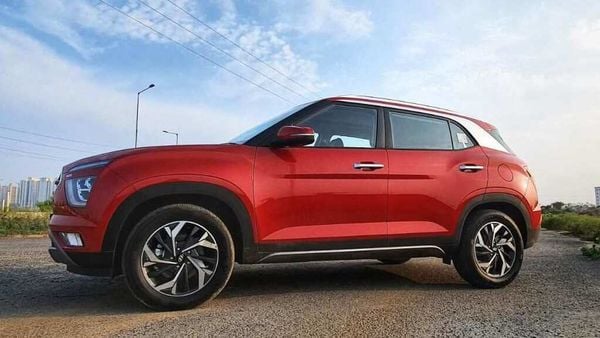 Hyundai has announced that its flagship Creta SUV 2020 has received more than 45,000 bookings since its launch in March this year. The carmaker made the announcement on Tuesday during the digital launch of 2020 Tucson SUV facelift.

The Korean carmaker’s second generation Creta has seen its demands soaring despite the ongoing crisis due to the coronavirus pandemic. Till last month, the carmaker had received more than 40,000 bookings for the new Hyundai Creta. In fact, the second-generation Creta from Hyundai flew off the blocks even before being officially launched with the company claiming it received 10,000 bookings for the compact SUV since the process was started on March 2.

Launched just days before the country went into lockdown, the numbers are impressive for the new Hyundai Creta. What is more impressive is its sales figures in June. At 7,207 units, Creta emerged as the top-selling SUV in the country for the second straight month. In May, the carmaker sold 3,212 units of new Creta SUV. It narrowly beat Kia’s Seltos as the most sold SUV last month. Kia Motors could sell only 7,114 units of Seltos SUVs in June Compared to 1,611 units sold in May this year.

The Korean carmaker has also confirmed that the Creta SUV now has more than 4.85 lakh customers across India.

The 1.5-litre diesel variant of the Creta SUV seems to be particularly doing well by recording 56% of all the bookings received so far. The statistics is interesting since diesel cars have become more expensive and price of diesel is now at par, in some cases, more than what petrol costs in India.

The new 1.5-litre diesel engine inside the Creta is the same as the one inside Seltos and is extremely refined. It may be slightly less powerful than the 1.6-litre motor on the car previously but the difference is likely to be quite negligible to first-time buyers of the Creta.

2020 Creta starts at ₹9.99 lakh for the manual 1.5 petrol and goes up to 17.20 lakh for the six-speed auto transmission diesel. The test vehicle in this review costs ₹15.79 lakh (all prices mentioned are ex showroom, Delhi).