The need to reinvent itself in the face of competition from Kia Seltos was urgent for Hyundai Creta and 2020 Creta does go the extra distance to bring a whole lot new to the proverbial table.
By : Shubhodeep Chakravarty
| Updated on: 30 Jun 2020, 06:04 PM 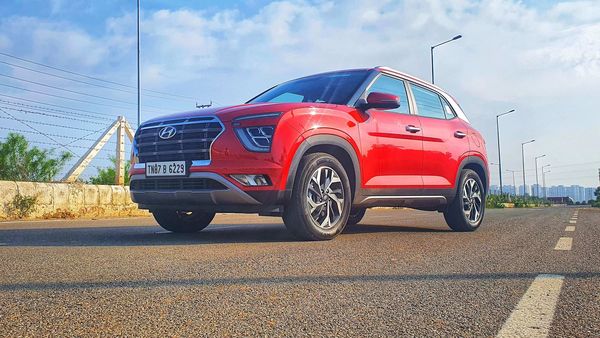 Hyundai Creta 2020 seeks to carve a niche for itself once again. (HT Auto/Sabyasachi Dasgupta)

Hyundai Creta's debut in India back in 2015 came at a time when there was no real direct rival that could bring all that this car here could at that point in time. What may have primarily propelled the SUV to giddy heights are its stylish visual profile, feature-packed cabin and capable drive options - all rolled into a price package that meant stepping up to this segment appeared both aspirational and affordable.

Over the course of the last five years, Creta has been a dominant player in its segment and one of the most successful models for Hyundai in India. And yet, there is no denying that the car - which did get a facelift - became just too common to appear like the regal monarch of compact SUVs. The main challenge to it came from the launch of Seltos from Kia in August of 2019 and the car became an instant hit despite the overall gloom in the auto industry. The debut product from Kia, Seltos' looks and features compounded Creta's woes of appearing rather old school.

It was only a matter of time then that Hyundai upshifted and the company drove in the 2020 Creta earlier this year with the hopes of not just remaining relevant but ruling the roads.

For all the changes in the all-new Creta - significant and scanty, does the vehicle which calls itself 'The Ultimate SUV' have what it takes to bowl out newer opponents? Read on. 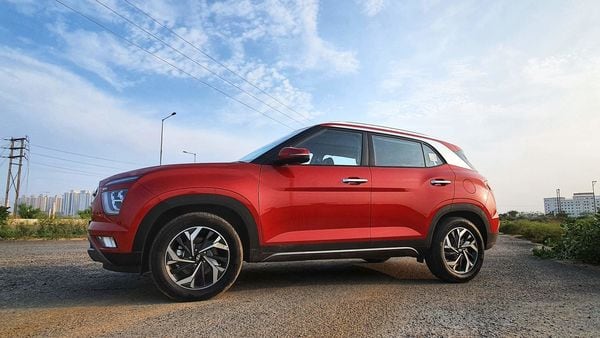 The new alloys and more pronounced wheel arches lend a solid side profile appearance to the 2020 Creta. (HT Auto/Sabyasachi Dasgupta)

Whether one likes to admit it or denies it point blank, most SUV buyers in India end up choosing it based on how it looks. Design elements play an extremely crucial role in influencing buying patterns in a country which previously was mostly caught up with mileage and affordability.

The Creta has always excelled when it comes to how it stands and is adept in getting second looks galore. Designers at Hyundai appear to have acknowledged that and went the extra distance to ensure that the new Creta also grabs eyeballs aplenty.

The new Creta now has a far more rounded visual appearance instead of a sharp profile in the preceding models. As with any vehicle, looks can be extremely subjective and while the more sculpted profile may find favour among a lot many, this reviewer still feels an emphasis on a sharper profile could have been continued with. This is mostly true in the case of a now much wider front grille and the curves encompassing the front lights and DRLs. There is no denying that the new Creta looks significantly different from the preceding models but fresh looks may or may not help its cause.

Following the company's ‘Sensuous Sportiness’ design language, designers appear to have clearly modeled the new Creta on the lines of the Venue, especially when it comes to the now larger and split LED headlights.

From the side, the new Creta retains most of its original genes but more pronounced wheel arches, new alloys and a silver colour theme on the C-pillar (on the diesel variant in this review) are nice touches. 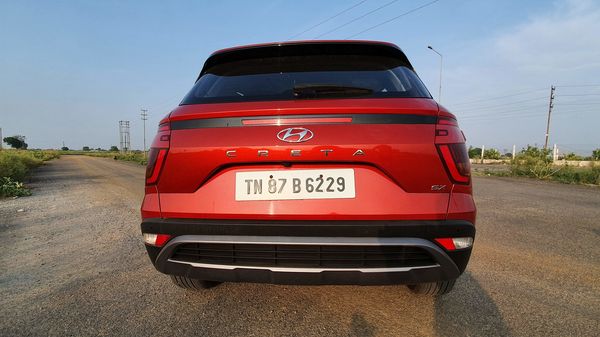 It is back to the same effort of trying a little extra over at the rear with the Creta now getting reworked tail lights and a central brake light just above the much more pronounced Creta badging. While chrome usage has been kept minimal - and phew to that, the new Creta's looks appear to be trying a little too hard to stand apart from the older version which was quite a stunner. 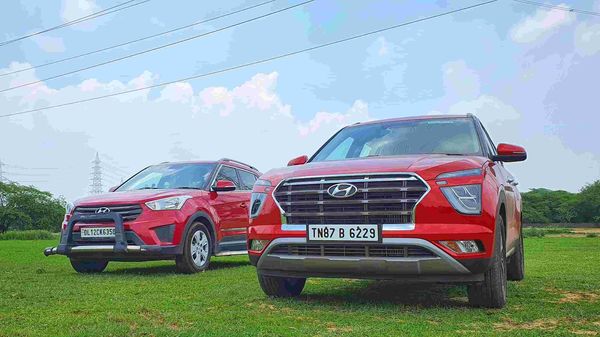 The new Creta is noticeably wider than the preceding models. (HT Auto/Sabyasachi Dasgupta)

The car is now longer, wider and with a longer wheelbase and these changes are not just on paper but quite clear to the eye as well. It has a more pronounced road presence, something buyers in this segment often give preference to.

Clap to the Cabin

Step inside the new Creta and it is almost instantly clear that while there are a mile long changes, the inherent clean profile that the car was appreciated for, is retained. It is not as flashy as the cabin of a Seltos but then again, it really didn't have to be.

The diesel manual SX test car sported smart black and off-white colour hues and the upgrades are highlighted by a larger 10.25-inch touchscreen with a simple-yet-sophisticated user interface to control almost every aspect of the vehicle. Hyundai's Blue Link technology makes its way into the Creta now and the Bose sound system stays true to the reputation the company has built for itself. 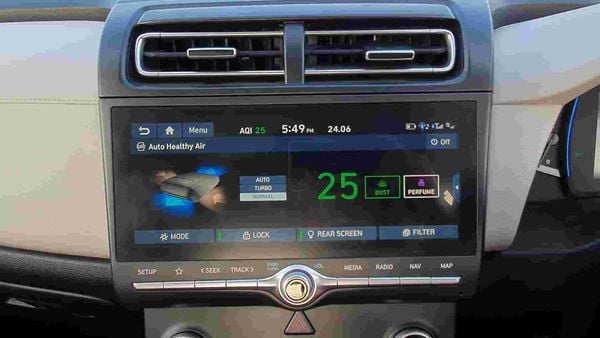 The larger infotainment screen has a clean profile and takes care of navigation, entertainment as well as air quality control needs, among others. (HT Auto/Sabyasachi Dasgupta)

A ginormous panoramic sunroof is the other big highlight in the new Creta and it covers most of the roof area of the vehicle. It can be electrically operated using voice command and does wonders to add to the already airy feel inside the car. 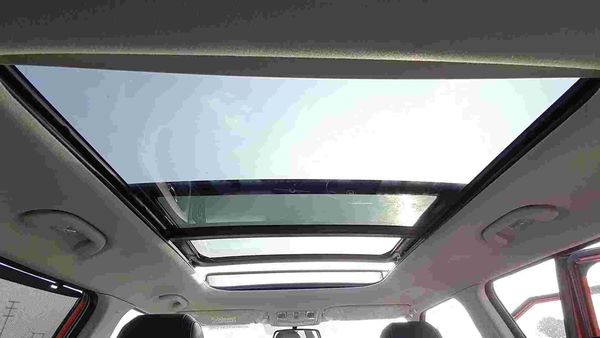 The massive sunroof on the 2020 Creta can be operated using voice command. (HT Auto/Sabyasachi Dasgupta)

There is now a 7-inch cluster behind the flat-bottomed steering wheel which houses the digital display and dishes out vehicle-related information. It is bright, it is legible and it is a step in the right direction to allow for distraction-free control for drivers who can now also electronically adjust seat position, height and recline.

Some of the other highlights inside the new Creta are subtle ambient lighting, wireless smartphone charging, driver rear-view monitor, rear window shade and the continuation of cooled glove box and air purification system. All of these, along with the extremely relevant addition of front row ventilated seats - ideal for Indian summer heat - make the Creta's cabin very contemporary. Where Creta does lose out to the Seltos, however, is in terms of missing a Heads Up Display (HUD), 360-degree camera but tries to make up for it by adding an extra speaker and electronic parking brake.

Where Hyundai could have significantly improved its game though is in terms of plastics. The overbearing dependence on hard plastics on the dashboard and on the sides take some of the sheen away from the car.

That said, the seats - both at the front and rear - continue to offer decent levels of comfort and even five passengers inside the new Creta would not be much of a squeeze, especially with rear AC vents in 'On' position and with the convenience of rear charging ports. Luggage space for all five is unlikely to be an issue either with the boot capacity now larger by 33 litres. 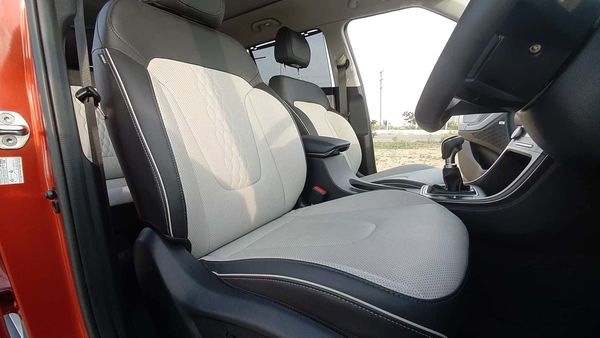 Delivering on the Drive

The new 1.5-litre diesel engine inside the Creta is the same as the one inside Seltos and is extremely refined. It may be slightly less powerful than the 1.6-litre motor on the car previously but the difference is likely to be quite negligible to first-time buyers of the Creta. 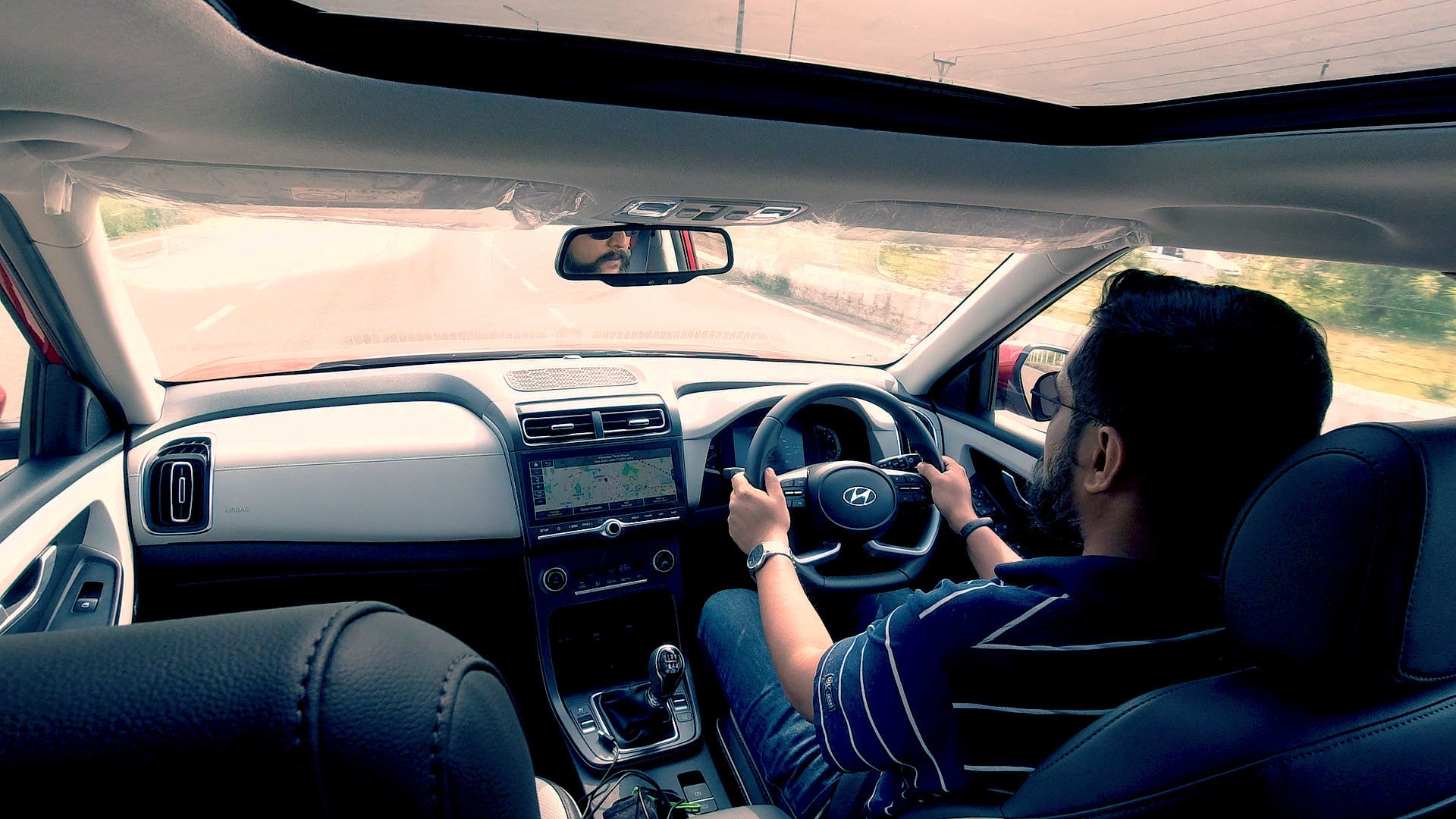 The high ride position of the Creta has always meant a commanding view of the road ahead. (HT Auto/Sabyasachi Dasgupta)

There is excellent noise isolation in the cabin which means the grunt of the diesel is only felt when getting a move on, as should be the case. The six-speed manual transmission unit is buttery smooth once again and getting ahead in this car remains as much of a breeze as ever. Even in lower gears, the Creta is composed and keeps humming well. For a more sportier performance though, Hyundai is also offering the car in a 1.4-litre turbo engine variant. 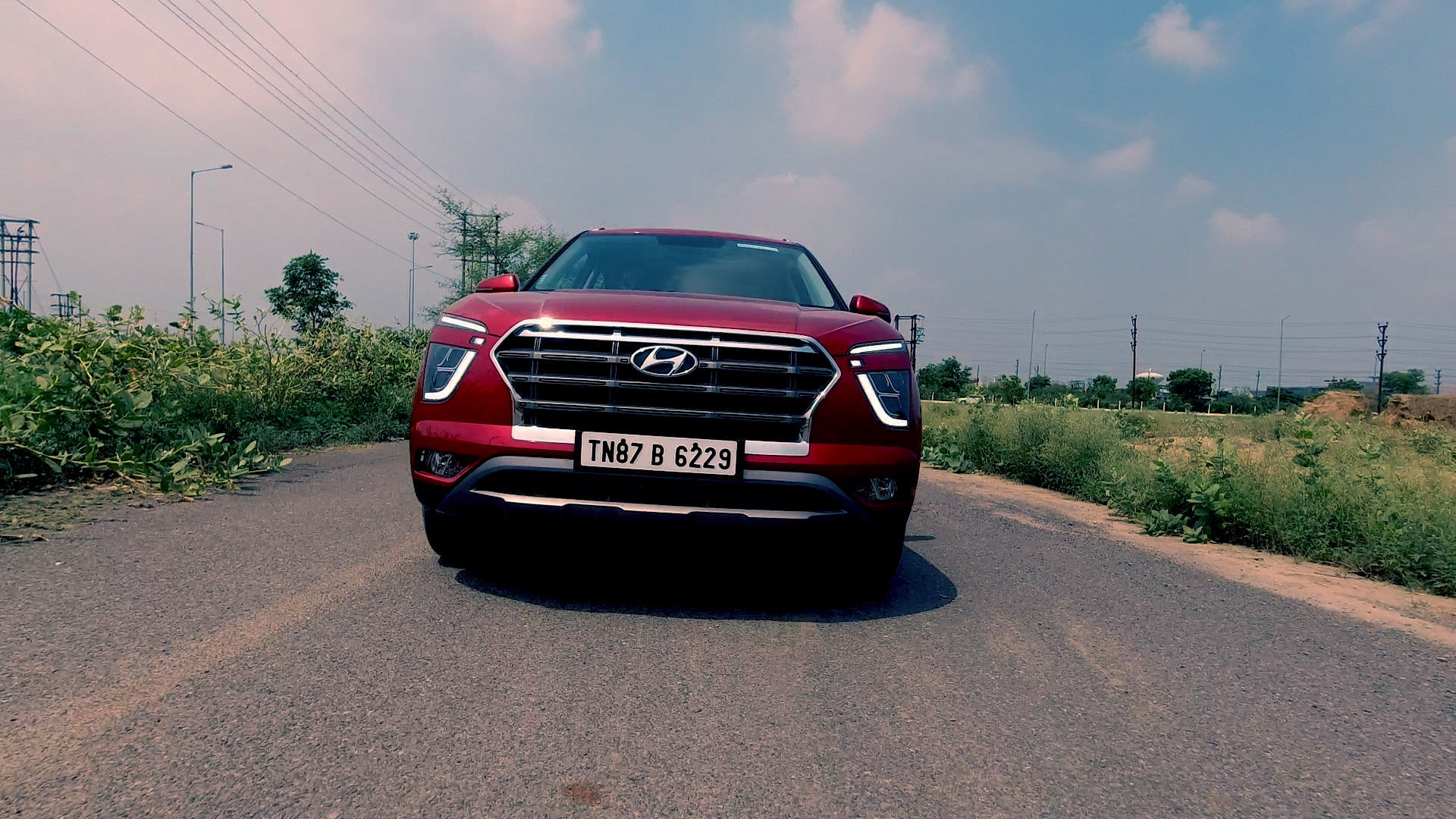 The steering is nicely weighted to offer balanced feedback which ensures that the car continues to take corners with ease and the little body roll that comes as a result of it is quite acceptable. The suspension set up also continues to soak up speed breakers with relative ease and whether driving or being driven, one can rest assured of a comfortable journey in the new Creta.

The new Creta has traveled miles and miles over the past five years. In most aspects, it has built on its strengths. It continues to offer balanced drive with superior levels of passenger comfort. NVH levels have been improved and the cabin has been loaded with features that help it stand its ground in current times. The outer body design language may have fared slightly better had it stuck to elements from the preceding model but then again, if the vastly changed looks strike a chord in the market, the 2020 Creta could well stand true to its rich legacy.

2020 Creta starts at ₹9.99 lakh for the manual 1.5 petrol and goes up to 17.20 lakh for the six-speed auto transmission diesel. The test vehicle in this review costs ₹15.79 lakh (all prices mentioned are ex showroom, Delhi).

Disclaimer: The reviewer owns a first-generation E+ petrol Creta and has been driving it for the past four years, clocking 30,000 kilometres.