Home Auto Cars News Mahindra Xuv700 Vs Hyundai Alcazar And Tata Safari: Which One Should You Buy

Mahindra XUV700 vs Hyundai Alcazar and Tata Safari: Which one should you buy

Hyundai Alcazar and Mahindra XUV700 are available in both petrol and diesel variants.Tata Safari is only available with a single diesel engine.
By : HT Auto Desk
| Updated on: 19 Aug 2021, 11:46 AM 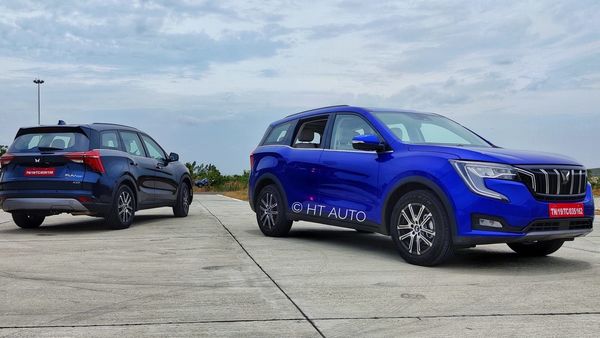 Mahindra XUV700 gets three modes - Zip, Zap and Zoom. There is a custom drive mode that allows the driver to tweak individual drive traits.

In 2021 as well, several SUVs have been launched in the Indian market. A new trend has emerged this year. Instead of compact SUVs and two-row SUVs, the three-row models are gaining more attention. The automakers too are trying to grab a chunk in the three-row segment with new models.

Some models launched in the Indian SUV market this year include Hyundai Alcazar, Tata Safari and Mahindra XUV700. Here is how they stand against each other.

The new generation Tata Safari has revived the iconic badge of the homegrown automaker. The new Safari adopts Impact 2.0 design language and looks more like the Harrier SUV. Compared to the original Safari, the new model looks much more stylish and appealing with its overall design.

Mahindra XUV700 doesn't look much different than the XUV500. The newly launched SUV looks very aggressive with its large front grille. It gets chrome garnished vertical slats. The SUV gets a completely new logo. The XUV700 looks muscular and comes with a strong road presence.

Mahindra XUV700 on the other hand comes 4,695 mm long, 1,890 mm wide and 1,755 mm tall and it has a wheelbase of 2,750 mm. Clearly, the Mahindra SUV is the longest SUV among these three. Tata Safari is the widest. The XUV700 also has the longest wheelbase among all these three models.

Tata Safari too is not far behind in terms of features inside the cabin. It gets an 8.8-inch touchscreen infotainment system with connected features. The car also gets a panoramic sunroof, a 9-speaker JBL audio system, multi-drive modes, cruise control etc among others. Safety features include six airbags, hill hold and hill descent controls, TPMS, auto-dimming IRVM etc. 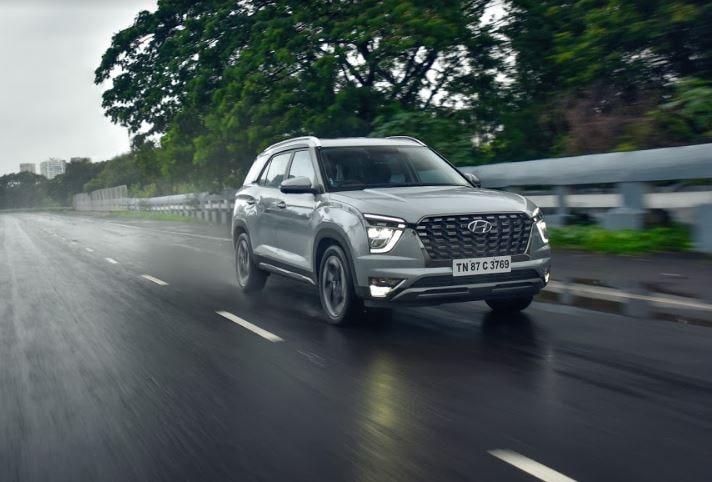 Hyundai Alcazar diesel continues to excel with acceleration nearly comparable to that of the Creta.

Hyundai Alcazar is available in both petrol and diesel engine options. The petrol variant gets power from a 2.0-litre petrol motor that is mated to a 6-speed manual gearbox and an automatic unit is there as well. The engine kicks out 157 bhp of power and 191 Nm of torque.

The diesel variant of Alcazar gets energy from a 1.5-litre motor that is available with transmission options of a 6-speed manual gearbox and an automatic unit. It belts out 113 bhp of power and 250 Nm of torque.

Based on the OMEGARC platform, the Safari is available with a diesel engine only. Tata Safari gets power from a 2.0-litre Kryotec diesel engine mated to a 6-speed manual gearbox. Also, there is a 6-speed automatic unit as an option. This SUV is capable of generating 168 bhp of power and 250 Nm of torque.

There is a differently tuned diesel motor as well that kicks out 182 bhp of power and 420 Nm of torque. Transmission duty in the Mahindra XUV700 is done by a six-speed manual gearbox and a six-speed automatic unit.