Mahindra XUV700 is being offered in five as well as seven-seat layouts, and with manual as well as AT, and with petrol as well as diesel engine options.2021 XUV700 competes against a wide variety of rivals, from Tata Safari and Hyundai Alcazar to Hyundai Creta, Kia Seltos and more.
By :
| Written By : Prashant Singh
| Updated on: 14 Aug 2021, 23:37 PM 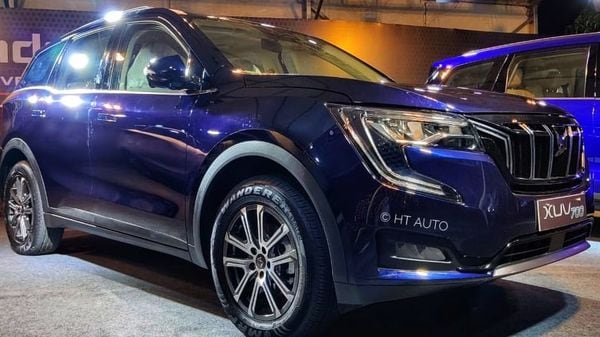 The new Mahindra XUV700 comes out as a successor to the XUV500.

The pricing of the remaining variants, including the top-of-the-line AX7, will be revealed at a later date.

Top AX price at later stage but this is surely some phenomenal pricing for an SUV we're driving tomorrow@HTAutotweets @htTweets #XUV700 pic.twitter.com/6YgfAE07zb

The new XUV700 comes out as a successor to the XUV500 and in the process brings along momentous upgrades comprising a new body design, a sea of new features, safety equipment and much more. The company is looking forward to heat up the three-row SUV space with the introduction of the new SUV that goes on to rival SUVs like Hyundai Alcazar and Creta, Tata Safari, Kia Seltos, MG Hector and Hector Plus and even the newly launched Volkswagen Taigun and Skoda Kushaq.

"The XUV700 is not just another SUV, it’s a statement of intent," said Veejay Nakra, CEO, Automotive Division, M&M Ltd. “The customers are in for a truly sophisticated and authentic SUV experience, setting them up to explore the impossible." 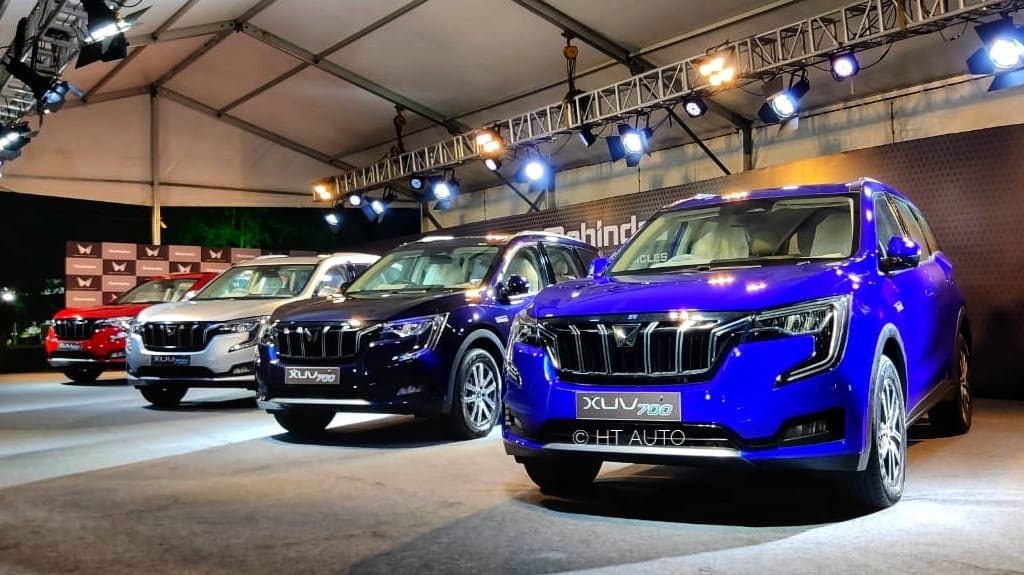 Inside, the car gets two 10.25-inch display screens that give the car a very modern touch. In addition to that, it gets a flat-bottom steering wheel with control buttons, an all-new AdrenoX interface, Alexa Voice Command, Sony music system (3D sound capability) with 12 speakers, and much more to keep the occupants entertained. It also gets a shift back function for the seats when the doors open for easier ingress and exit. The interior seat layout is such that it can accommodate either five or seven occupants at once, depending upon the choice of the variant selected.

Under the hood of the XUV700 either mStallion petrol or mHawk diesel engines can be found. While the petrol engine is rated to produce 200 hp of power and 380 Nm of torque. The diesel engine has been offered with two distinct tunings set up with one offering 155 hp and 360 Nm while the other belting out 185 hp and offers around 420 Nm of torque. For transmission, the car uses either a six-speed manual or a six-speed automatic transmission option. The new XUV700 is also offered with an optional AWD feature.

The new Mahindra XUV700 claims to hit 60 kmph from zero in under five seconds. It also benefits from three drive modes - Zip, Zap and Zoom, besides a Custom mode as well.