XUV700 is first SUV from Mahindra to sport its new logo and while XUV700 does get a solid road presence, it is its feature highlight that may woo prospective buyers.XUV700 from Mahindra will be made available in petrol and diesel engine options with manual and auto transmission.
By : Shubhodeep Chakravarty
| Updated on: 14 Aug 2021, 23:38 PM

Mahindra XUV700 will be made available with both petrol as well as diesel engine options.

Mahindra XUV700 broke cover on Saturday afternoon after much anticipation and dozens of spy shot images and videos that had flooded online space in recent months. Mahindra XUV700 is mounting a fresh challenge in the SUV space and is backing its bold exterior styling with the promise of a power-packed drive and a host of features. 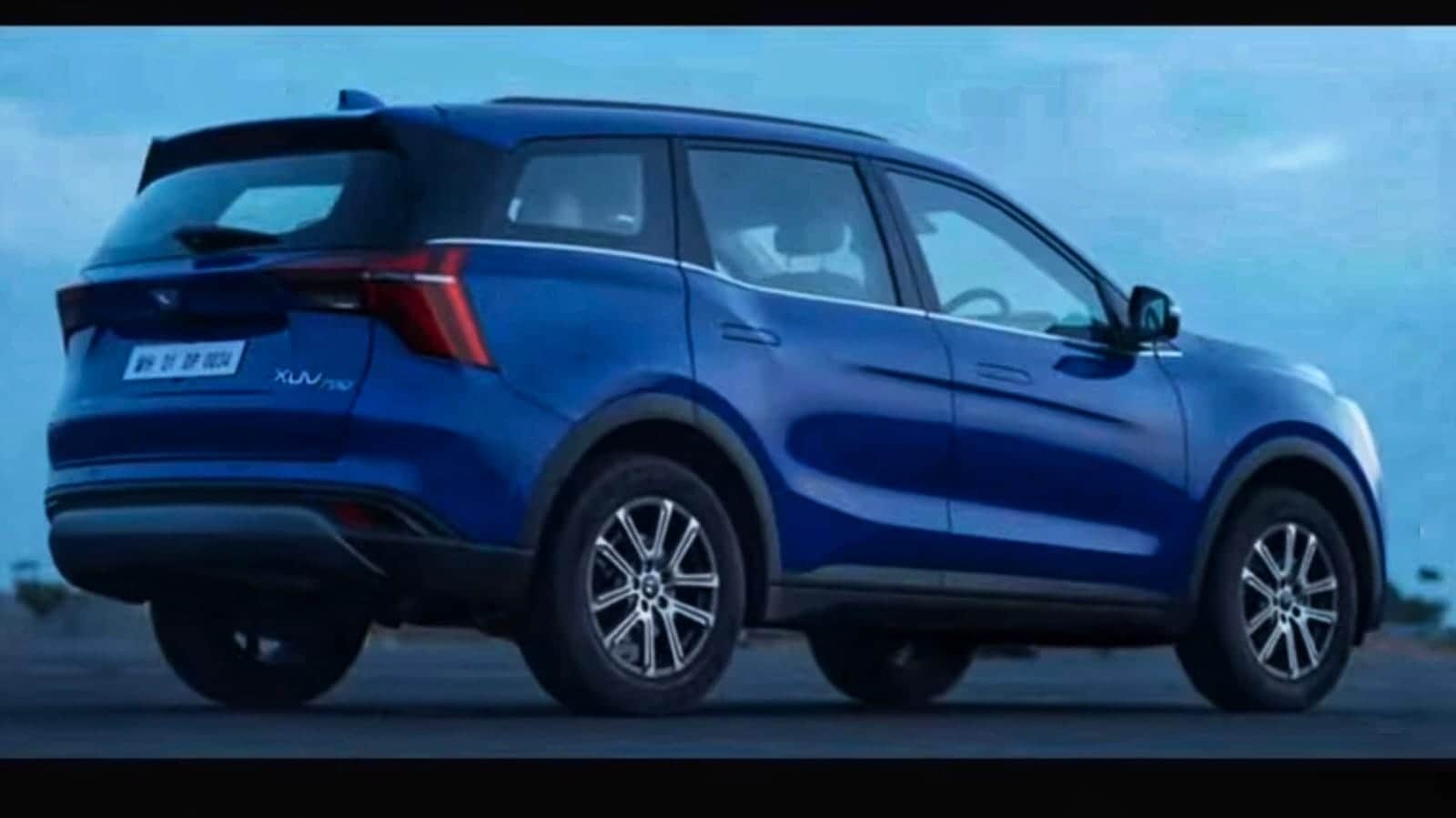 XUV700 is all set to enter the three-row SUV space in the Indian auto market.

Mahindra XUV 700 will replace XUV500 which had enjoyed a high degree of success but was also a vehicle that began to look tad jaded in the face of newer rivals. As such, the XUV700 is promised as a new package, one that will further hot up the three-row SUV space. "The XUV700 is not just another SUV, it’s a statement of intent," said Veejay Nakra, CEO, Automotive Division, M&M Ltd. “The customers are in for a truly sophisticated and authentic SUV experience, setting them up to explore the impossible."

XUV700 bears a resemblance to XUV500 it replaces but still manages to create its own unique identity.  The design of the grille at the front, the new company logo, the C-shaped DRLs, sharp tail light design or even the pop-out door handles - all help it to create a fresh visual appeal. 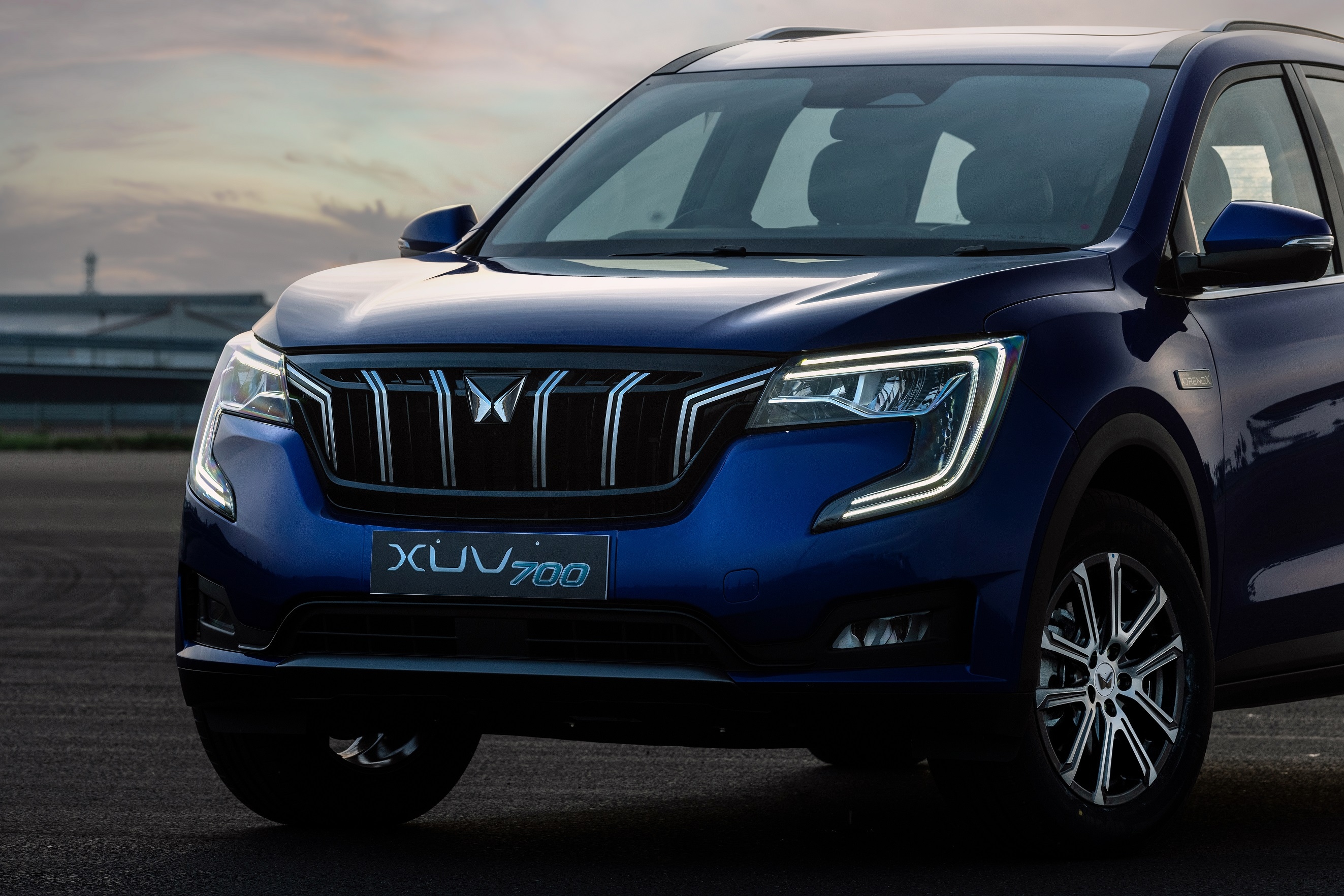 A look at the front grille with the new Mahindra logo on the upcoming XUV700.

XUV700 will be made available in two broad series - Adrenox and MX.

In the Adrenox series, there will be three trims - AX3, AX5 and AX7. The top-of-the-line AX7 will offer 18-inch alloy wheels, leatherette seats, Advanced Driver Assistance System, among others.

There are two 10.25-inch display screens inside XUV700. The seats inside shift back when the doors open for easier ingress and exit. Considering that this here is a three-row SUV, there may be decent levels of space for even the passengers in the final row.

Seat layouts on offer would be in either five or seven format. 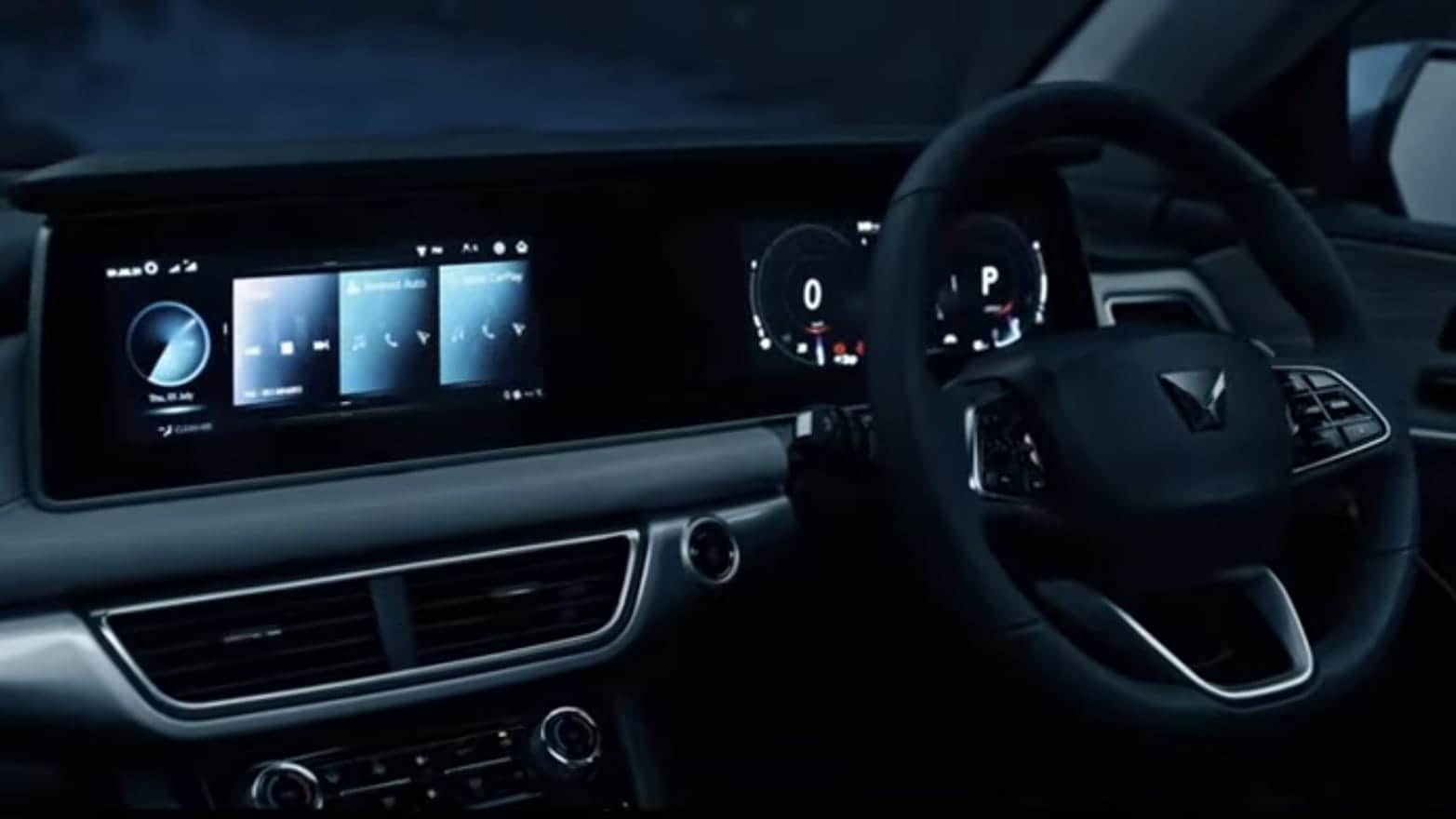 XUV700 from Mahindra gets two 10.25-inch screens inside the cabin.

XUV700 benefits from the all-new AdrenoX interface which is responsible for being the brains behind new-age functionalities in the vehicle. Functionalities can be controlled using Alexa Voice Command and there are over 60 connected apps available.

The vehicle also gets largest-in-segment sunroof - Mahindra calls it skyroof, and dual-zone climate control. Additionally, there are 12 speakers inside the vehicle, powered by a Sony music system and with 3D sound capability.

mStallion petrol and mHawk diesel engines find a home inside the latest from Mahindra.  The petrol unit produces 200 hp and has 380 Nm on offer. The diesel engine has two distinct tuning set up with one offering 155 hp and 360 Nm while the other belting out 185 hp and offering around 420 Nm of torque.

XUV700 claims to hit 60 kmph from zero in under five seconds.

Both six-speed manual as well as six-speed automatic transmission options are available on both engines, apart from AWD as an option too. 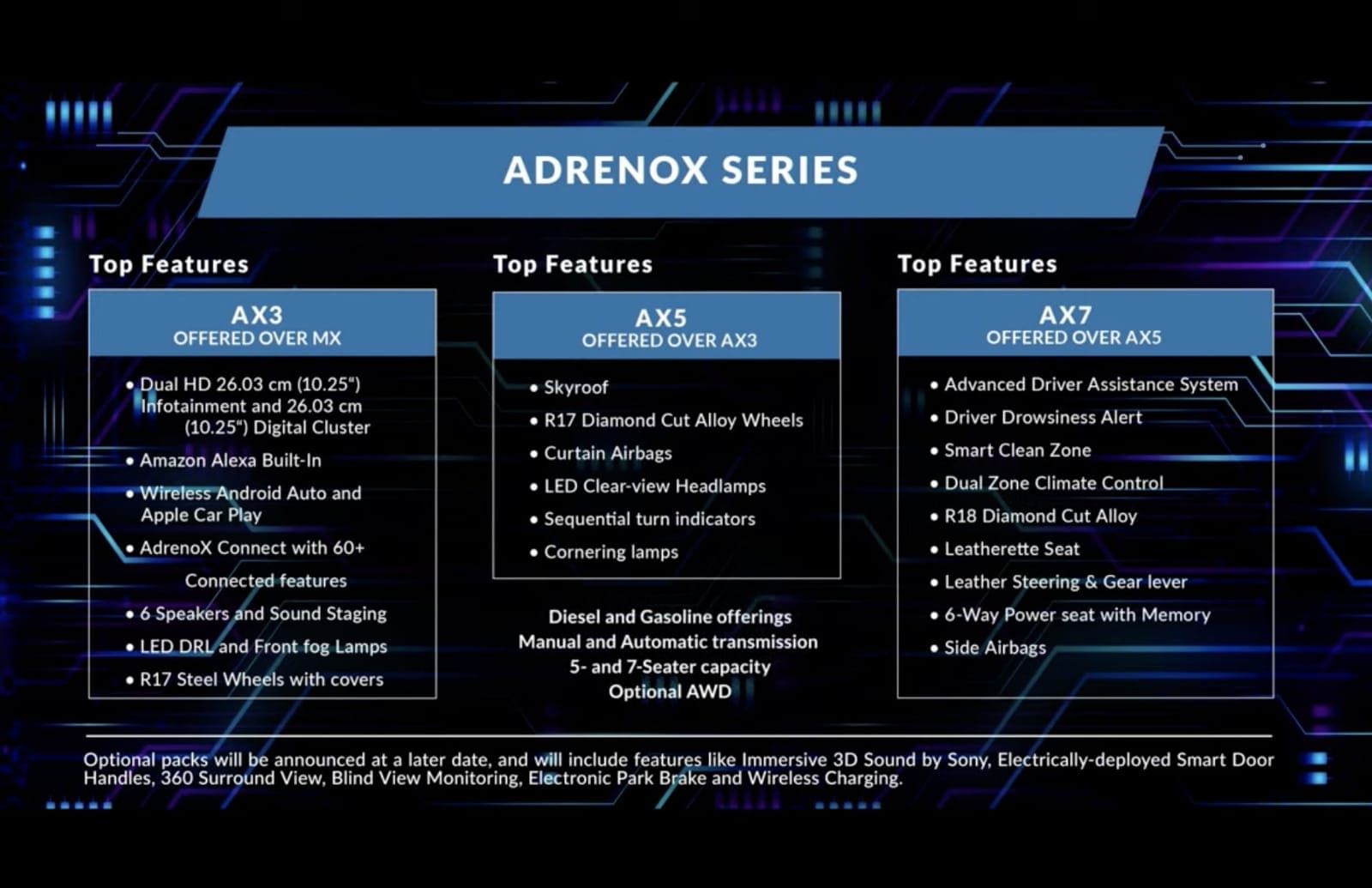 Take a look at the some of the highlights of Mahindra XUV700.

There are three drive modes available to the person behind the wheel - Zip, Zap and Zoom, besides a Custom mode as well.