BMW has forged a strategic partnership with Toyota centered on developing fuel cells.The company says that it sees possibilities for hydrogen fuel cell technology to be mass adopted in the future.
By : HT Auto Desk
| Written By : Prashant Singh
| Updated on: 15 May 2021, 01:06 PM 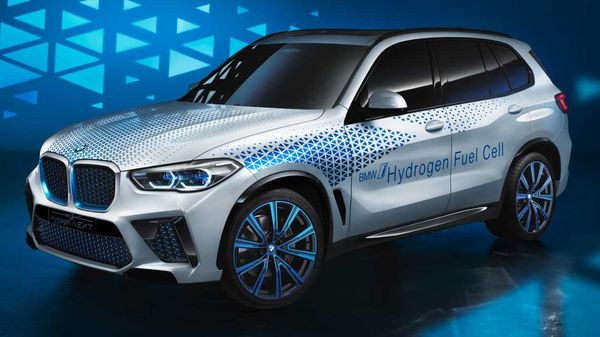 BMW has also collaborated with Toyota for developing fuel cells.

While the world continues to research zero-emission alternatives to battery-electric vehicles, BMW is gearing up to reveal a limited series hydrogen fuel cell model SUV next year.

Speaking at the carmaker's annual shareholder meeting, BMW CEO Oliver Zipse announced recently that the company is developing an X5 hydrogen fuel cell vehicle and it plans a small production run on the SUV in 2022. BMW has also collaborated with Toyota for developing fuel cells.

The company says that it sees possibilities for hydrogen fuel cell technology to be mass adopted and it is keeping options open for the future.

Apart from offering the prospect of harmless emission (which is only H2O) the fuel cell powered vehicles also offer more range in comparison to battery-powered cars. But a key factor that currently works against this technology is the lack of infrastructure that can support the mass adoption of fuel cell vehicles.

In addition, Honda Motor Co and Hyundai Motor have also developed fuel-cell models. In early 2021, Jaguar Land Rover announced that it investing in the development of hydrogen fuel cells as part of its long-range investment plan.

Moreover, other OEMs such as Audi and General Motors are also researching zero-emission substitutes to the traditional battery electric vehicles.