BMW Group has taken the circular economy approach with the philosophy of Rethink, Reduce, Reuse and Recycle.
By : HT Auto Desk
| Updated on: 13 May 2021, 06:07 PM 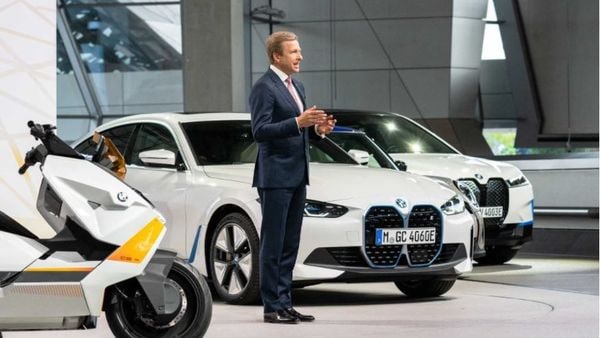 Chairman of the Management Board of BMW, Oliver Zipse, at the Annual General Meeting in Munich.

Taking a step towards its sustainability mobility goal, BMW Group has set a target to avoid over 200 million tonnes of CO2 emissions by the end of the decade. BMW says that this is equivalent to more than 20 times the annual CO2 emissions of a city with over a million residents.

In order to achieve this goal, the company will reduce its vehicles' carbon footprint throughout their lifecycle – from raw material extraction to production and the use phase to end-of-life recycling. Usage of fewer resources and materials will be one of the priorities for the company in this process.

The company has taken the circular economy approach with the philosophy of 'Re:Think, Re:Duce, Re:Use and Re:Cycle'. It says this is a holistic way to reduce the use of primary raw materials in the cars of the future. "The technology for this is extremely demanding: That is why we want to lead the way on the circular economy and play a pioneering role," Oliver Zipse, Chairman of the Board of Management of BMW AG, said at the Annual General Meeting in Munich.

BMW has already planned to take sustainability to a new level in its "Neue Klasse" models from the middle of the decade by significantly reducing its resource consumption per vehicle. This will be done by increasing the percentage of secondary material such as recycled steel, plastics and aluminium.

Next, the company will also reduce the carbon footprint of high-voltage battery by more than half with the next generation of battery technology. The batteries will also use a high percentage of secondary material.

Apart from use of green power, BMW also plans to use solar power in the future for production of aluminium - a highly energy-intensive method. It is also investing in an innovative method for carbon-free steel production, developed by US startup Boston Metal, through its venture capital fund, BMW i Ventures.

The company's CO2 reduction goals have been validated by Science-Based Targets Initiative. Its aims to make its entire production net carbon neutral from 2021. By 2030, the company plans to make at least 50 percent of its global sales fully electric.