The facelift WR-V will boast of a new radiator grille with horizontal slats and with a more prominent chrome addition.Expect the WR-V to come packed with features aplenty and offer an improved cabin quality.
By : Shubhodeep Chakravarty
| Updated on: 06 Mar 2020, 05:35 PM 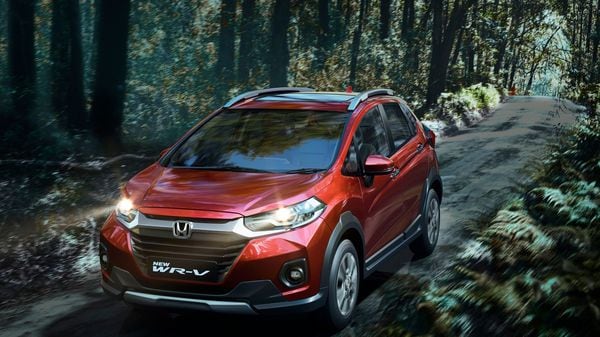 Honda Cars India is all set to drive in the new WR-V and has opened bookings for the car on Friday at ₹21,000 across its dealerships in the country. The Japanese car maker is confident of attracting new as well as returning customers with the updated WR-V which was first launched in India back in March of 2017.

The WR-V has enjoyed some degree of success in the Indian car market since its first launch. Inspired by the third-generation Jazz, the car managed to open to decent reviews courtesy its build quality and attractive looks. Honda is now ready to make several updates - both on the outside as well as in the cabin.

The facelift WR-V will boast of a new radiator grille with horizontal slats and with a more prominent chrome addition. LED projector lamps too make their way in while C-shaped LED tail lights highlight the rear profile of the car.

Expect the WR-V to come packed with features aplenty and offer an improved cabin quality.

Honda is reportedly gearing up to officially launch WR-V facelift in April. All eyes are also on the company for the launch of the new City which has the potential to rev up a sedate sedan segment in India.