The new Civic Type R is powered by a 2.0-litre VTEC Turbo four-cylinder petrol engine. Among some of the key features inside the car is a stopwatch to record lap times.
By : HT Auto Desk
| Updated on: 21 Jul 2022, 16:14 PM 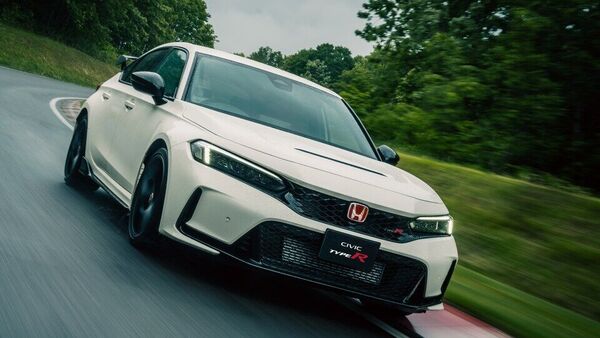 Honda Civic Type R has made its debut as the most powerful car from the Japanese brand in the US markets.

Honda Cars has taken the covers off the new generation Civic Type R performance car.The official unveiling took place on the same day it made its debut 25 years ago. In its new generation, Honda has completely revamped sporty car with new design, technology and a turbocharged VTEC petrol engine under its hood. The new generation Civic Type R had recently set the fastest lap time for a front-wheel drive compact car at the Suzuka circuit in Japan. It has been developed under the concept of creating the ‘Definitive Sports Car 2.0’.

From the outside, the new Civic Type R appears sleek with several elements echoing its sporty character. It is offered with a body kit specially designed for enthusiasts.It gets new grille, bonnet and bumpers and wheel arches for the Type R. The car stands on a set of 19-inch matte black alloy wheels wrapped in bespoke Michelin Pilot Sport 4S tyres with Brembo brake callipers.

The new spoiler at the rear also enhance the sporty appeal of the new Civic Type R. There is a unique and wider rear door for the boot and three high-efficiency exhaust system as well. The rear wing has new cast aluminium brackets and has been placed lower but wider than the previous model. 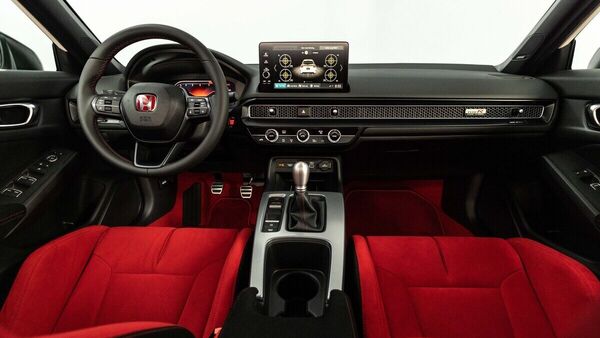 The interior of the Civic Type R is also decked up with sporty elements. The new driving position is lower and offers greater visibility of the bonnet.The front seats are also sporty with suede-effect upholstery in red. The dashboard is dominated by a 9-inch touchscreen infotainment system and a 10.2-inch digital instrument cluster. Among some of the key features inside the car is a stopwatch to record lap times. There is also a circular 3D motion graph that shows the maximum friction that the wheels can achieve.

The new Civic Type R is powered by a 2. 0-litre VTEC Turbo four-cylinder petrol engine.The turbocharger has been retuned to offer improved drive dynamics.It is now the most powerful VTEC turbocharged engine ever used in a Civic Type R model. Though Honda has not shared the official figures, the engine is expected to put out 320 hp and 400 Nm of maximum torque.