From Urus to DBX, how shift to SUVs is powering sports car brands 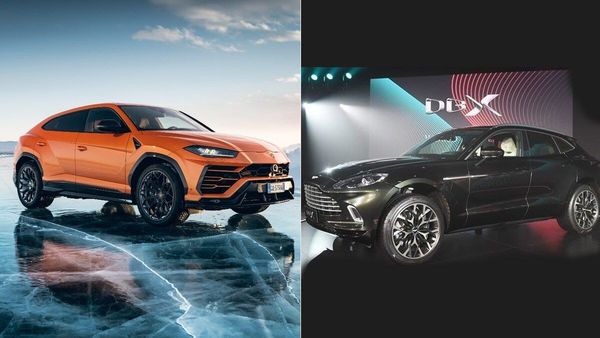 Urus from Lamborghini (left) and Aston Martin DBX have been received well in markets where these SUVs have been launched.

There was a time not long ago when it was quite unimaginable to think that Lamborghini could ever even conceive an SUV. Famed for its ultra powerful and ultra sleek sports cars, Lamborghini did take the dive into the world of bigger and bolder vehicles and it has paid off enormously. This is true for Aston Martin as well with the DBX raking in sales numbers. And with even the likes of Ferrari set to climb aboard the SUV bandwagon, purists in favour of racetrack demons will either have to adapt or make room for market preference.

Lamborghini first showcased its Urus SUV in December of 2017 and launched it in select markets the year after. Around 1,000 units were manufactured in the first year and another 3,000 in 2019. The year 2019 was also when Urus entered the Indian car market. Here and the world over, the SUV has emerged as Lamborghini's highest-selling model. And by far. The Italian car maker recently informed that it has hit the 15,000 unit mark for the vehicle. In fact, of the record 4,852 cars delivered across the world between January and June of this year, there were 2,796 units of Urus, followed by Huracan and Aventador.

Urus has been a runaway hit for Lamborghini even in markets like India where the super luxury segment is rather small. And it is expecting record sales in the country in the present calendar year.

Switch over to the Aston Martin camp and the tale is similar. Its first SUV, DBX has helped its sales rise by over 200% and the vehicle contributed to more than half of the British luxury carmaker's vehicles sold till June this year.

It isn't as if brands such as Lamborghini and Aston Martin are shutting doors on 'traditional' sports cars that have made their names resonate the world over. But with such overwhelming responses to SUVs, it may be possibly be time for more such moves.

Who ever would have ever imagined a mean monster Ferrari SUV? But that is exactly what Purosangue could be as it is gearing up for a 2022 showcase. Over 1,000 hp and a price worth a king's ransom may be just additional details.

If the Purosangue does for Ferrari what Urus has for Lamborghini and DBX is doing for Aston Martin, it may not be long before there is a long line of such vehicles crowding for attention. After all, discount the Bentley Bentayga SUV at your own peril.