Ford Mustang to Dodge Challenger: Five classic pony cars get stamped in the US 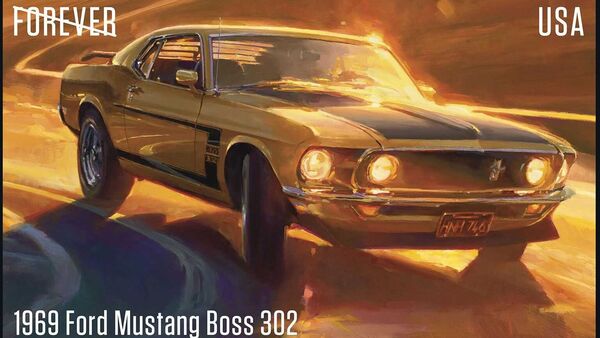 1969 Ford Mustang Boss 302 has found its way into the special postal stamp.

US Postal Service has introduced five different postal stamps to commemorate the iconic pony cars in the country. The cars that have been honoured through the special stamp series include 1969 Ford Mustang Boss 302, 1970 Dodge Challenger R/T, 1969 Chevrolet Camaro Z/28, 1969 AMC Javelin SST, and 1967 Mercury Cougar XR-7 GT. The US government agency claims that these muscle cars had a significant influence on the US culture. Even nowadays when pickup trucks are defining the US automotive culture, these pony cars remain the favourite of many. These unique stamps have been positioned in the USPS' Forever Stamps collection.

The USPS has said that these Pony Car Forever Stamps will be launched on 25th August this year at the Great American Stamp Show in California in association with the American Philatelic Society.

The interested customers can purchase the commemorative stamps in four different ways - through the USPS store website, by calling a dedicated number (844-737-7826), via mail through USA Philatelic, or physically at Post Offices in the US.

This is not the first time cars have made their way into postal stamps. In India and abroad, several cars including iconic models have found their positions in regular or special postal stamps.