Ola CEO teases upcoming electric car, says will be the ‘sportiest car ever’

Ola CEO, Bhavish Aggarwal's latest tweet confirms that the company is working on an electric car model. He also tweeted that this electric car will be the sportiest in India.
By : Prashant Singh
| Updated on: 16 Jul 2022, 16:30 PM 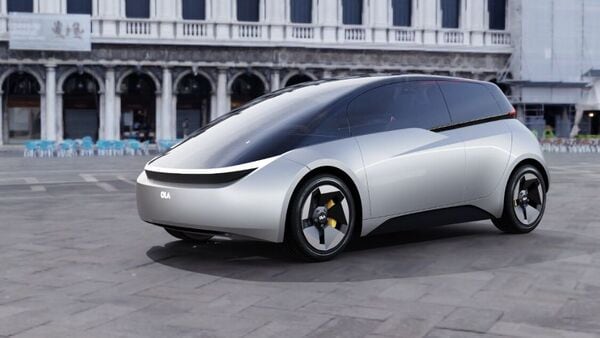 Ola Electric has previously hinted at the development of an electric sports car for the Indian market, and now the CEO, Bhavish Aggarwal has taken to Twitter to talk about the upcoming battery-powered car. Aggarwal's latest tweet confirmed that the company is in fact working on an electric model. He also tweeted that this electric car will be the sportiest in India.

“We’re going to build the sportiest car ever built in India!", Aggarwal mentioned in his tweet, teasing the silhouette of the car. The tweeted video has received over 40k views on the microblogging site while sparking a debate among social media users. While a user wrote, “Ola Electric is bringing an EV revolution in India!" another user said, “This is going to be the biggest news ever."

However, some users also took a jibe at the news saying “Pehle scooter hi thik se banalo" or “First fix your scooter".

(Also Read: ‘Why should you not be penalised?’: Govt to Ola Electric & others over EV fires)

The latest teaser suggests that the upcoming electric car by Ola will be a low-slung, wide car with a coupe-like roofline. However, it may not be a 2-door sports car, but a 4-door sedan featuring a large battery set for long range.

Earlier in May, it was reported that the EV maker is looking for a base to set up its electric four-wheeler and battery cells plant. It will require around 1,000 acres of land for the EV four-wheeler factory, which is almost double that of the FutureFactory where it currently builds S1 Pro electric scooters. While the details on Ola Electric's upcoming project are scarce at the moment, this car will be made at the company's upcoming factory in Tamilnadu.

The company currently retails, the S1 and S1 Pro electric scooters in India. The demand for these two-wheelers has been significant, but dwindling in the last few months. Both of these two-wheelers are built at its Futurefactory.