Home Auto Electric Vehicles ‘why Should You Not Be Penalised?’: Govt To Ola Electric & Others Over Ev Fires

Increasing EV fire incidents have brought some electric vehicle makers such as Ola Electric, Pure EV and Okinawa, under the government's radar.
By : HT Auto Desk
| Updated on: 05 Jul 2022, 11:51 AM 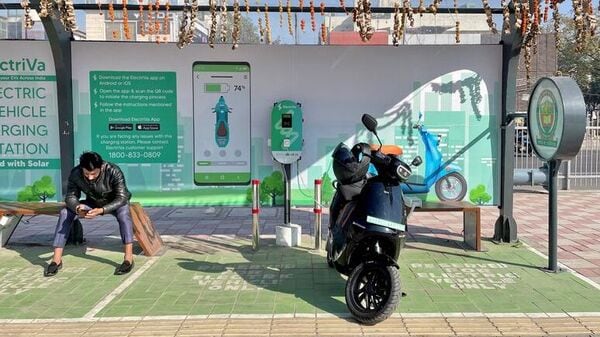 Increasing EV fire incidents have brought some electric vehicle makers under the government's radar. And now as per Mint, the government has asked EV makers including Ola Electric, Pure EV and Okinawa, to explain why should they not be penalised for a spate of scooter fires that in some cases also caused loss of life. These fires have been reportedly caused due to faulty batteries which couldn't operate safely due to a rise in ambient temperature.

These EV firms have been given a 30-day notice till July end to generate an official response on the matter, this period could also be extended.

On the same matter, the government had formed two committees to investigate the fire incidents. Following the investigation, it was found that the battery-operated vehicles involved in fire incidents lacked ‘basic safety systems’. The committees also informed that the battery management systems (BMS) of the electric two-wheelers were substandard as a ‘venting mechanism’ for overheated cells to release energy was found lacking. Safety recommendations from the investigation were sent to the EV companies.

“The companies have been advised to set them in order quickly. We have also asked them to explain why action should not be taken against them for these failures," the official familiar with the matter told Mint.

In addition, the government has also been actively rolling out guidelines for electric vehicle OEMs to enhance the safety of these vehicles. The Bureau of Indian Standards (BIS) recently published the ‘performance standards for electronic vehicle batteries’.

Moreover, NITI Aayog has also asked the EV maker to voluntarily announce a recall of their e-scooters as a precautionary measure. Following this, OEMs have managed to recall more than 7,000 e-scooters to date.