Simpson, accused of killing his ex-wife, was involved in a police chase in a Bronco SUV in 1993.Facing criticism, Ford said the July 9 launch date was not decided with any reference to OJ Simpson, and that it was purely coincidental.
By : Sabyasachi Dasgupta
| Updated on: 20 Jun 2020, 09:00 AM 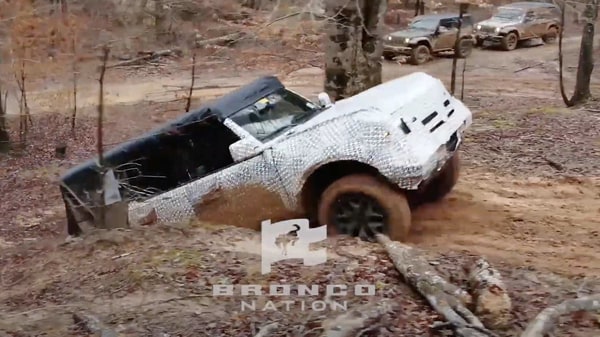 The launch of the new generation of Ford Bronco SUV has been postponed by the carmaker. The SUV was earlier scheduled to be globally unveiled on July 9, which also happens to be the birthday of former US footballer OJ Simpson. The launch date has now been pushed back to July 13.

The connection between Ford Bronco SUV and OJ Simpson dates back to 1993. The former footballer, accused of killing his former wife, was travelling in a white Bronco SUV during a police chase in Los Angeles that led to his arrest. The whole incident was broadcast live across American TV news channels and became one of the infamous chases in the country’s history.

The carmaker had earlier said the July 9 launch date was purely coincidental. Ford decided to shift the launch date after concerns were raised from different quarters, including sister of Nicole Brown Simpson, former wife of OJ Simpson.

Later, the carmaker’s communications chief Mark Truby tweeted that the company will move the debut to July 13. He wrote, “The reveal of the all-new Ford Bronco lineup will now happen on Monday, July 13. The previous targeted date of July 9 unintentionally coincided with O.J. Simpson’s birthday. We wanted to be sensitive and respectful of this concern."

UPDATE: The reveal of the all-new Ford Bronco lineup will now happen on Monday, July 13. The previous targeted date of July 9 unintentionally coincided with O.J. Simpson’s birthday. We wanted to be sensitive and respectful of this concern.

The launch of the popular SUV had earlier been delayed due to the ongoing crisis over coronavirus pandemic. The US carmaker had earlier planned the debut of the new Bronco SUV in April. Last week, the company took to social media to announce the date. The post caption says '07/09/20. The Wild Returns.'

Recently, the upcoming SUV was filmed undergoing mud testing in Georgia. The Bronco SUV, covered in camouflage, was seen in the video tackling slush and mud almost effortlessly.