e-tron GT is the first fully-electric car from Audi that has been completely made in Germany.Audi e-tron GT is the most powerful EV developed by Audi.
By : HT Auto Desk
| Updated on: 10 Feb 2021, 12:14 PM 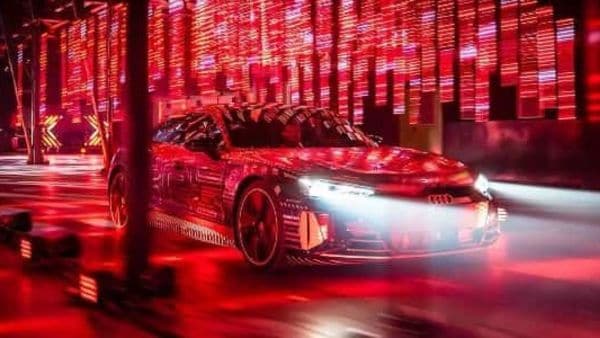 The Audi e-tron GT gets Matrix LED headlight units as an optional extra.

Audi e-tron GT may have the claimed performance but it surely has the looks to potentially become one of the most sought-after electric vehicles in the world. Showcased globally at an event held in Germany on Tuesday, the production version of e-tron GT makes several bold promises and is a brazen announcement by Audi that it is here in the electric race to throw caution to the wind.

The Audi e-tron GT is the most ambitious, most capable electric vehicle ever made by the Germany luxury brand which also offers e-tron and e-tron Sportback in several markets around the world. But it is the e-tron Gran Turismo that could be the force behind the challenge to the might of Tesla.

Here are five of several highlights of the Audi e-tron GT: