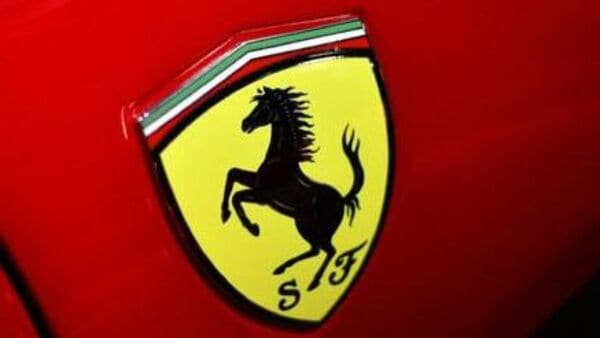 The upcoming Ferrari 296 GTS is expected to get power from a 2.9-litre twin-turbocharged V6 engine paired with an electric motor.

Ferrari has released a short teaser video on Twitter, which features the automaker's new convertible, possibly the 296 Spider, which is expected to be dubbed as 296 GST upon launch. The Italian sports car maker has said that it will unveil more details about the new convertible later today. The video only provides a few glimpses of the car, showing a bright blue paint theme and a handful of interior features.

This new variant of the Ferrari 296 GTB may not be the most important model that the Italian automaker is launching this year. However, it would be an interesting model for sure.

Are you ready to meet our newest mid-rear-engined berlinetta?
The secret is out tomorrow at 2 PM CEST!#Ferrari pic.twitter.com/WvRY54i9dP

One of the teased images shows the cabin with a small metal shifter, which appears to be exactly the same as the shifter of the 296 GTB coupe. Similar to the Ferrari 296 GBT, the upcoming car that has been teased online too comes with an all-digital instrument cluster.

The upcoming Ferrari 296 GTS is expected to come with a folding metal roof. Ferrari has possibly tweaked the rear decklid in order to accommodate the folding mechanism. The recent teaser images of the car too indicated the same.

Apart from these, no other major changes are unlikely to be made to the upcoming 296 GTS convertible. In that case, it would continue to draw power from a 2.9-litre twin-turbocharged V6 engine paired with an electric motor. This hybrid powertrain is capable of churning out a combined 819 hp of power and 740 Nm of torque. The coupe comes weighing 1,470 kg. Expect the upcoming convertible to be slightly heavier, but that is unlikely to impact its performance.

Ferrari is currently working on the Purosangue, the automaker's first-ever SUV that is slated to be the biggest launch of the company this year. Upon launch, this SUV will compete with rivals like Lamborghini Urus.