Ferrari is in the fast lane of evolution and while its first ever SUV is set for a September debut, there are more models coming in a list which also includes an electric vehicle.
By : Shubhodeep Chakravarty
| Updated on: 17 Jun 2022, 08:44 AM 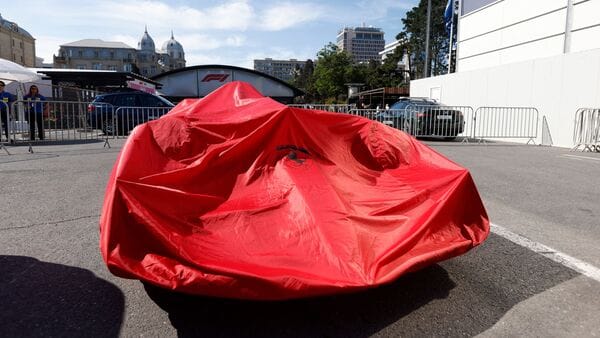 Ferrari has announced plans of working on as many as 15 new products for the global market with all launches by 2026, starting with the unveil of Ferrari Purosangue, its first-ever SUV. But while all eyes are peeled on the Purosangue, the Italians have also confirmed a hypercar and an electric vehicle (EV) in the works, a confirmation that it is indeed breaking free from traditions in ways more than one.

Ferrari expects around 60 per cent of its model lineups also coming in all-electric or with hybrid options. It expects its models with ‘conventional’ engines to only account for 20 per cent in its own framework by 2030, with 40 per cent belonging to hybrids and the remaining 40 per cent with electrics. And while the details about the Ferrari hypercar isn't known yet, it is more than likely to generate a big buzz regardless of the technology used inside.

What is confirmed is that Ferrari is returning to Le Mans and the Prancing Horse recently teased its hypercar for the event as well. The teaser shows the hypercar with a slim LED front lighting system with a strip of red in the middle. What is also expected is that the Ferrari hyopercar will boast of an all-wheel drive system and may get a hybrid powertrain.

This big focus on hybrid and electric technology, many say, is Ferrari now shifting top gear to adapt better to changing dynamics in the automotive world at large. The company has confirmed it would invest around 4.4 billion euros or $4.6 billion to develop fully electric and plug-in hybrid models. CEO Benedetto Vigna assumed a confidence stance about the strategy to embrace electrification and someone who is tasked to play the delicate balancing act of managing the huge capital investment required for electrification and ensuring the brand remains committed to the so-called purists who have always sworn by the thunderous engines inside Ferrari vehicles.